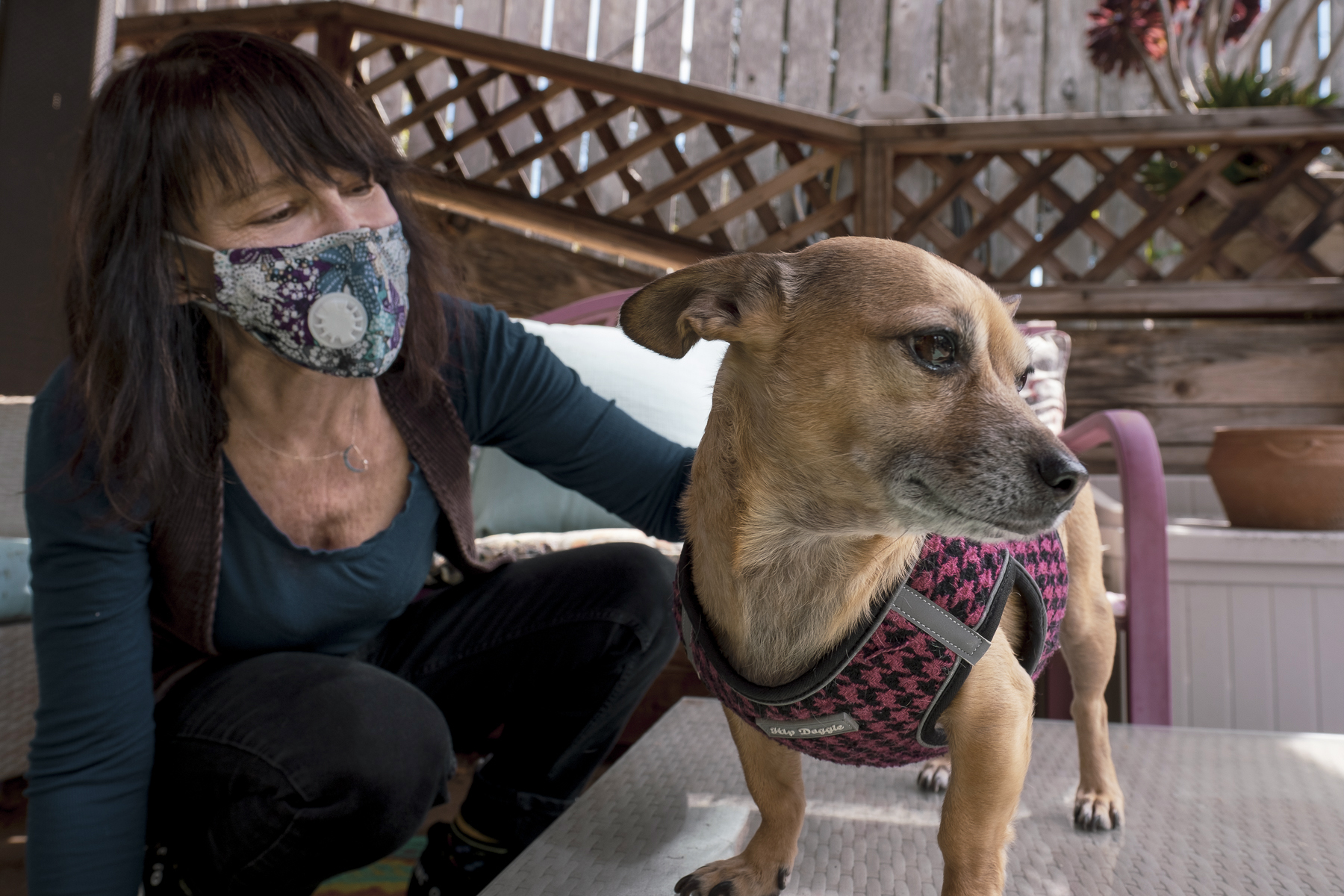 Since the COVID-19 shelter-in-place orders went into effect in March, Bay Area animal shelters have received an overwhelming response from residents offering to foster cats and dogs during the crisis.

Deploying rapid emails and social media posts to get out the word, every animal shelter contacted was able to move nearly all animals into foster homes within days of the quarantine, except for animals that needed to remain at the shelters for health or behavioral reasons.

“Volunteers stepped up immediately because they always do. They’re amazing,” said Deb Campbell, Volunteer and Outreach Coordinator for San Francisco Animal Care & Control.  “We were just overwhelmed with the amount of requests from the public. It was really heartening.”

Volunteers have provided most of the support for foster animals. Representatives of all contacted shelters said that at least half of their animals were placed with previous foster parents. Many shelters were able to place all animals with trained volunteers.

Family Dog Rescue volunteer Eric Carlson brought home a foster dog within a few hours of receiving an email from the shelter.

“I find myself very lucky,” Carlson said. “It’s nice to have an additional companion and something to work on, something to keep your mind busy and distract yourself from how crazy the world is at the moment.” Carlson added, “In a world where some of us feel helpless, having a foster dog certainly gives a sense of hope and a mission.”

Shelters have waitlists of hundreds of Bay Area residents looking to foster and adopt.

“It’s overwhelming,” said Angela Padilla of Family Dog Rescue, based in San Francisco. “As of right now, we have something like 600 emails of people wanting to foster and/or adopt.”

Through  last week, the San Francisco SPCA had been contacted by 2,700 people expressing interest in fostering, according to Communications and Community Engagement Manager Krista Maloney.

Equally encouraging, there is a significant rise in foster parents deciding to adopt.

“A number of our fosters during this period are actually saying, you know what, I’m adopting this animal,” said Steve Burdo of Contra Costa Animal Services. “So, we’re seeing some adoptions being facilitated as a result of these fosters, which is ultimately the most ideal outcome.”

Juliet Boyd, executive director of the Oakland-based Hopalong Animal Rescue, said the response to the pandemic has led to more new homes for shelter animals: “There’s all these animals who have been adopted out from shelters all over the country that probably would have been sitting there for a long time, who’ve been given the chance and are now in homes. It’s so nice to find a silver lining with such a horrible time.”

Animal shelters are working to create online foster training programs for new volunteers, sort through long waitlists and transition to virtual adoptions while operating with a skeletal crew.

Forcing a move to online adoptions

One thing is clear: The future of animal adoptions is online.

Since shelters make most of their money from adoptions, the longer adoptions remain offline at a time when in-person interactions are severely curtailed, the more money they lose. Most shelters didn’t make any money in the first two weeks as they worked to move adoptions online.

“I’m so grateful for technology because you wouldn’t be able to do this without it,” said Maria Conlon of cat rescue program Give Me Shelter. “We wouldn’t be able to have all these opportunities to have foster homes, to do video meet and greets and that kind of thing.”

The East Bay SPCA now offers adoptions through a virtual matchmaking process where shelter staff connect applicants with available dogs based on their application responses.

East Bay SPCA Marketing Manager Kelcy Spaete explained how it works: “Matchmakers call potential adopters and say, we have a match for you. Let’s talk a little bit more about you and the dog and see if this is a good fit, then we’ll show you a picture. It’s kind of like blind dating.”

Hopalong Animal Rescue uses a similar process to sort through hundreds of applicants to find the right fit. “Somebody could fill out an application today and it could be the perfect match for one of the dogs that just came in,” said Boyd.

Looking past the pandemic, many shelters expect the numbers of animal fosters to keep increasing.

“I think you’re going to see a lot more people becoming fosters because of this, which would be a fortunate byproduct of the whole challenging situation that we’re already in,” said Burdo.

By relieving stress and isolation, pets can provide a huge boost, according to Sherri Franklin, founder of the senior dog rescue shelter, Muttville, in San Francisco. “It’s a scientific fact that dogs lower your blood pressure, keep you happy and get you outside to exercise a little bit more. It’s an absolute cure for loneliness. You can save a life while you’re sitting at home.”

While all shelters contacted are at capacity for foster parents, many have resumed adoptions and are looking to transition foster dogs to permanent homes.

Anyone interested in adopting can visit the websites of the East Bay SPCA, Muttville, Give Me Shelter, Family Dog Rescue, Furry Friends Rescue and Rocket Dog Rescue.