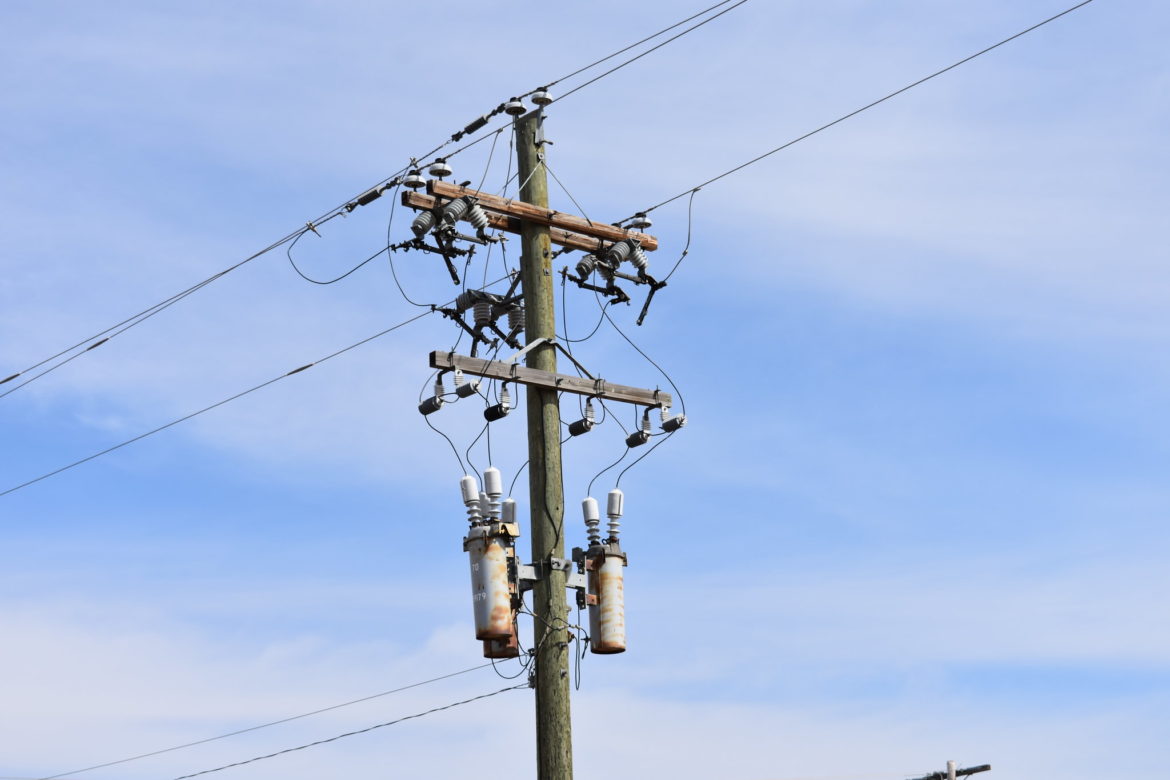 A utility pole with reclosers. The San Francisco Public Utilities Commission has installed new reclosers on Treasure Island, which can prevent prolonged outages.

Residents on Treasure Island live with frequent power outages, even after some repairs to the aging power grid have been made, said resident Barklee Sanders.

Sanders, who moved to the island two years ago from transitional housing, has been researching and advocating for infrastructure improvements. According to Sanders, Treasure Island has experienced more than 160 power outages in the last 20 years, with the average blackout lasting about five hours. Disruptions from power outages include sewage backflow and opportunistic burglars who know to expect outages, he said.

“I just think most people just truly don’t understand the amount of power outages and the effects of it in general,” Sanders said. “It’s a systemic infrastructure problem.”

Treasure Island is slated to be wholly redeveloped. But waiting for the redevelopment to proceed in order to overhaul the grid has left Sanders with the sense that residents’ needs are not a priority, he said.

“They tell us to our face that we’re going to upgrade the grid when we redevelop it, which to me means, once we gentrify the neighborhood completely, then we’ll do the right thing for the more affluent people that are going to live here,” Sanders told “Civic.”

He and other residents will be protesting the continued outages this Saturday, September 19th at 2 p.m. at the TIDA building on Treasure Island.

Among the entities responsible for power supply on the island is the San Francisco Public Utilities Commission, which operates but does not own the power grid on the island. Barbara Hale, assistant general manager for power at the commission, said the city has to strike a careful balance to be a good steward of public resources while also providing safe and reliable service.

“We completely understand the disruption, the frustration of the consequences of the power outages and yes they are broader than just your lights going out,” Hale told “Civic.”

The equipment itself is outdated, but replacing it raises a timing question.

“I would say that there are components of that system that are past their useful life, and I think part of the challenge that the city faces is addressing those pieces of equipment smartly when we know the system is going to be completely replaced through this redevelopment process that’s under way on the island,” Hale said.

The utility operator also issued a statement, which we are reproducing below in full. The Treasure Island Development Authority has not responded to a request for comment and interview invitation.

“The Treasure Island Development Authority (TIDA) owns all onsite and offsite power systems on Treasure Island. TIDA is responsible for setting the rates for electric service. Those revenues are then available to be appropriated by TIDA for operations, maintenance, and improvements. Under an agreement between the U.S. Navy, the City and the Treasure Island Development Authority, the SFPUC has been the utility operator since October 1997. That means we maintain and operate the system, acting like a contractor to TIDA. SFPUC makes recommendations to TIDA on improvements, and since TIDA “holds the purse strings”, it decides what improvements will be implemented. SFPUC does not have independent authority to make investments regarding long-term infrastructure improvements; rather SFPUC is a resource and advisor to TIDA. (TIDA can provide more info about the long-term improvements.)”

“Because the SFPUC does not own the existing electric infrastructure at Treasure Island, we have no decision-making authority regarding long-term infrastructure improvements of the existing electric system. (Again, TIDA can provide more info about the long-term improvements.) That said, we understand the frustrations of Treasure Island residents and businesses. The intermittent outages they have experienced over the years are a source of concern at the SFPUC and we take these issues very seriously. That is why we recently implemented a series of near-term maintenance improvements on Treasure Island. This summer we installed new reclosers, which can prevent prolonged outages caused by temporary events such as bird strikes or fallen tree limbs. We are also installing fault indicators, which reduce the time it takes to identify, diagnose and repair outages. In addition, we continue to take proactive measures to maintain the electricity equipment, which include replacing poles and ordering spare parts in advance, trimming tree branches, and conducting regular inspections of the distribution systems. In the instance when unplanned outages occur, the SFPUC supports TIDA and the Department of Emergency Management (DEM) by providing timely and transparent communication updates regarding the PUC’s system repairs and service restoration activities.  The City’s AlertSF public notification platform issues regular alerts to Treasure Island businesses and residents during unplanned outages. While TIDA is the lead agency in charge of day-to-day communications with the Island community, the SFPUC offers services updates on its social media platforms, including targeted campaigns through the NextDoor app.”