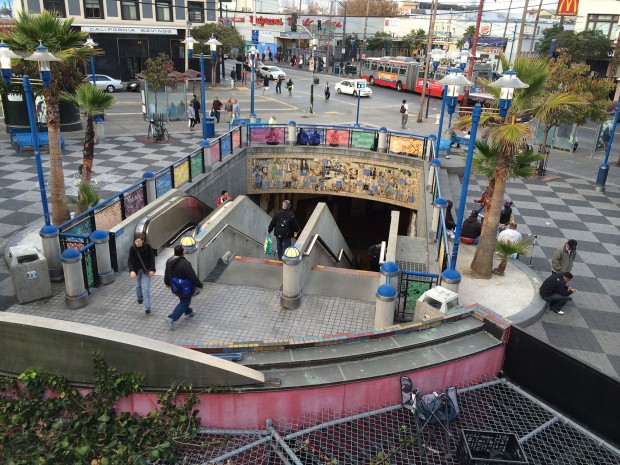 By Lynne Shallcross, Mission Local
Fifteen homeless men and women who were part of an encampment on Division Street got city-supported hotel rooms in October.

In addition, two city officials are trying to align the 16th Street BART plazas with a more comprehensive community court, where offenders ticketed at the plazas for misdemeanors and nonviolent felonies can connect with social services.

These moves are elements of a strategy to both reduce homelessness in the Mission District and employ longer-term solutions to clean up the 16th Street BART plazas. Some homeless individuals living on Division Street also spent time at the plazas. Up until the housing placements, police tried to discourage the encampment by disbanding it, only to have it reappear a few blocks away.

“There isn’t one solution,” said David Campos, who represents District 9 on the city’s Board of Supervisors. “I think you’ve got to try different things, and you’ve got to work with different agencies to make it happen.”