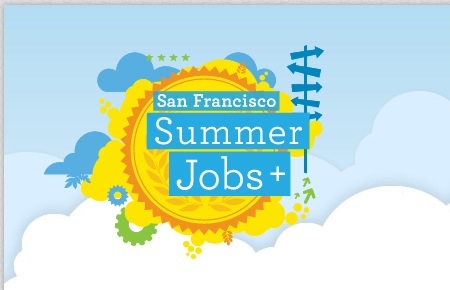 | By Kevin Forestieri, Social Media and Content Partner Team and

San Francisco Mayor Ed Lee has repeatedly proclaimed that a city-sponsored youth employment program “created” more than 5,000 jobs last year. This year the same program, Summer Jobs+, placed more than 6,800 young people in new positions. As the city prepares to issue its scorecard for 2013, we can expect more claims of jobs created, including “permanent” ones.

What’s the problem? In this instance, most of those jobs were temporary internships with city agencies. And for those few private-sector opportunities that led to supposedly permanent jobs, no one bothered to check whether the youths were employed after mid-September last year.

For both years, the city recorded the summer jobs as permanent if youths were still on the payroll on Sept. 15, 2012. After that cutoff the youths were not tracked, meaning the city never knew how many were laid off or left their jobs later that fall.

In the program’s first year of operation, the city paid $355,000 to the nonprofit organization United Way of the Bay Area to manage Summer Jobs+, city records show. This year, that tab went up $9,000. That would mean a cost per job of just $60 if the final tally of 12,021 jobs created — temporary plus permanent — holds true.

That figure only considers the city’s direct expense to United Way of the Bay Area. The full cost is unknown, and would include the wages that both private employers and the multitude of city departments paid the employees who came to them through the program, said Glenn Eagleson, senior policy and planning analyst at the city’s Department of Children, Youth and Their Families. The city has not tracked any of this.

Lee has identified job creation as his No. 1 priority for the last two and a half years and has looked to programs throughout city government for evidence that his administration is expanding employment opportunities for city residents.

A research report on best practices for youth employment programs by Jessica Collura, a graduate student at the University of Madison-Wisconsin, found effective programs not only track participants’ progress but also offer them additional services for a year after completion. One program, Jobs for America’s Graduates, provides job-placement services and guidance into post-secondary education.

Tracking youth hired through the program after summer is difficult because employers are not required to record or release information about their hires, Eagleson said.

Besides, the vast majority of these jobs “weren’t designed to be permanent” in the first place, Eagelson said. The program primarily targets youths 14 to 18 years old who are likely to return to school following the summer.

Summer Jobs+ started in the summer of 2012 as a way to place city youth between 16 and 24 in meaningful paid work experiences. It came as a response to a national “call to action” to create employment opportunities encouraging youth to finish high school, get into college and kick-start their careers.

Most of the jobs were with city agencies. With private-sector jobs, it is unclear how many were created expressly for Summer Jobs+ and how many were simply referrals to already existing jobs. The program acts largely as a coordinator between employers and youth, Eagleson said.

Summer Jobs+ is just one example of a city-funded workforce development program whose effectiveness is at least partially unknown, largely because it involves the cooperation of public and private entities that track their successes differently, and often do not share information. This was the focus of the San Francisco Public Press’ Fall 2013 special report, “HELP WANTED: San Francisco’s Workforce Reboot.”