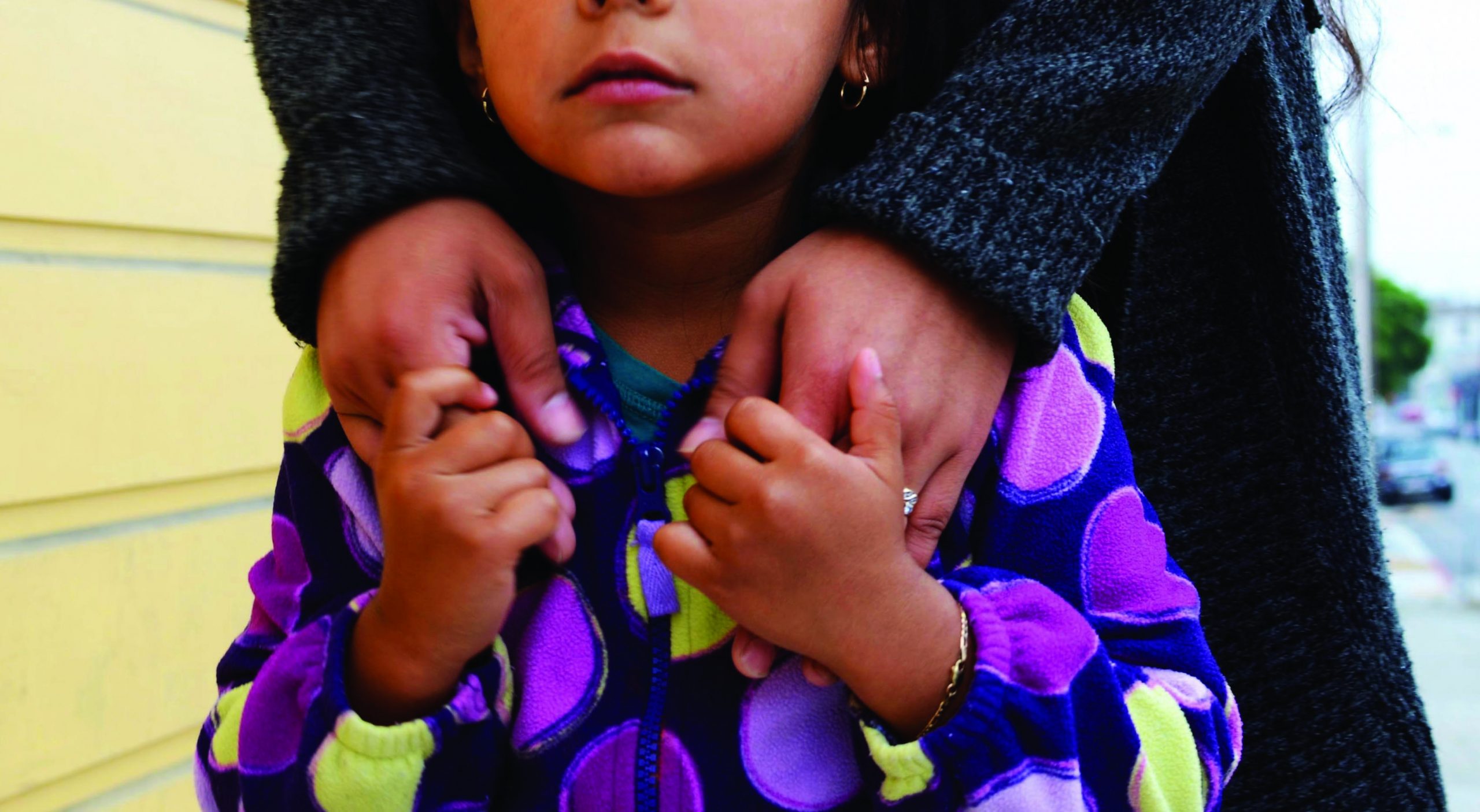 It takes Julia two hours — and four buses — to drop her daughter off at day care and get to work. She said she worries that the salary she earns on her new job will disqualify her from state subsidies that enable her to remain in the workforce. Photo by Dayvon Dunaway / Public Press

With eligibility for aid frozen at 2005 income levels, critics press for wider distribution of aid

Julia and her 4-year-old daughter got their big break last year when Julia was hired full-time as a program coordinator for a local nonprofit organization at $50,000 a year.

They had been homeless for the child’s first seven months, and they struggled for two more years as Julia worked full time at minimum-wage jobs. But the only reason Julia is making the rent now on their apartment in a rundown building in the Bayview is that her daughter’s care is fully subsidized. Yet, if she reports her new income as required, that will disqualify her for the subsidy.

Like other low-and moderate-income San Francisco parents with young children and no relatives nearby to provide free care, Julia, whose husband is incarcerated, faces a series of obstacles paying for child care so she can support her household. Half her pay would go toward her daughter’s tuition at market rates. But, to receive any subsidy at all, a family of three must earn less than $42,216, and a family of two, like Julia’s, must earn less than $39,393. (The Public Press is not using Julia’s full name in order not to jeopardize her benefits and livelihood.)

Part of the problem is that the income cutoff to qualify for subsidies is based on the 2005 state median income, while the average cost of putting a preschooler in care full time has almost doubled since then, rising from $9,786 to $18,000, according to city figures. The squeeze is especially tight in San Francisco because that increase is much greater than what state officials report for other Bay Area counties and California as a whole.

“It makes it nearly impossible for two parents making minimum wage in San Francisco to get subsidies, because they make too much,” said Monica Walters, director of Wu Yee Children’s Services, a local agency that serves about 3,500 children and families. “It’s foolhardy, because folks who want to get ahead and go to school and go to work are hit the hardest.”

“It’s foolhardy, because folks who want to get ahead and go to school and go to work are hit the hardest.”
Monica Walters, director of Wu Yee Children’s Services

“Somebody should have sued and they would have won,” said Michele Rutherford, the deputy director of the San Francisco Office of Early Care and Education, “because the reimbursements don’t give families access to the market.”

Rutherford said this situation persists because the state’s process for measuring costs doesn’t reflect reality. Federal law requires the California Department of Education to study regional market rates every two years, but the state is not required to adjust its subsidy ceilings to comport with what it finds. Compounding the problem, the state now bases its subsidies on the results of the 2009 Regional Market Rate Survey — minus a 10.1 percent cut made in early 2015 to address a budget deficit that was partially offset by a 4.5 percent increase in June 2015.

When asked why the subsidy cutoffs are set so low that families with two parents earning minimum wage don’t qualify, Margaret Reis, the state’s policy administrator for early childhood education, sidestepped the question. She said her agency surveys prices every two years as required, the Legislature proposes budgets that set the subsidy ceilings, and the governor implements them.

While those bureaucratic wheels turn, child-care prices continue soaring beyond the reach of even more middle-income San Francisco families.

Elizabeth Travelslight discovered it was cheaper for her to stay home with her baby than to work full time and pay for full-time care of an infant. Now that her daughter is 2 years old, Travelslight works part time as an adjunct professor at the San Francisco Art Institute, and her mother watches her daughter once or twice a week to keep down costs.

“We’re a pretty middle-income family of three and make do in a one-bedroom apartment,” Travelslight said. “We’ll be with many families vying for space in the city’s few nursery co-ops.”

Orkid Sassouni said she has to make sacrifices all the time to be able to put her kids in quality care. She lives in Bernal Heights and works as a library assistant. As a city employee, she gets access to the day care at City Hall, but she also works on the weekends when the center is closed.

“The cost of living really hurts families who just feel like they need to give up living in the city because it is better suited for millionaires and couples with a dual income and no kids,” Sassouni said.

And Julia said she has no idea how she will cope with the cost of after-school care when her daughter outgrows her child-care subsidy as she starts kindergarten in the fall.