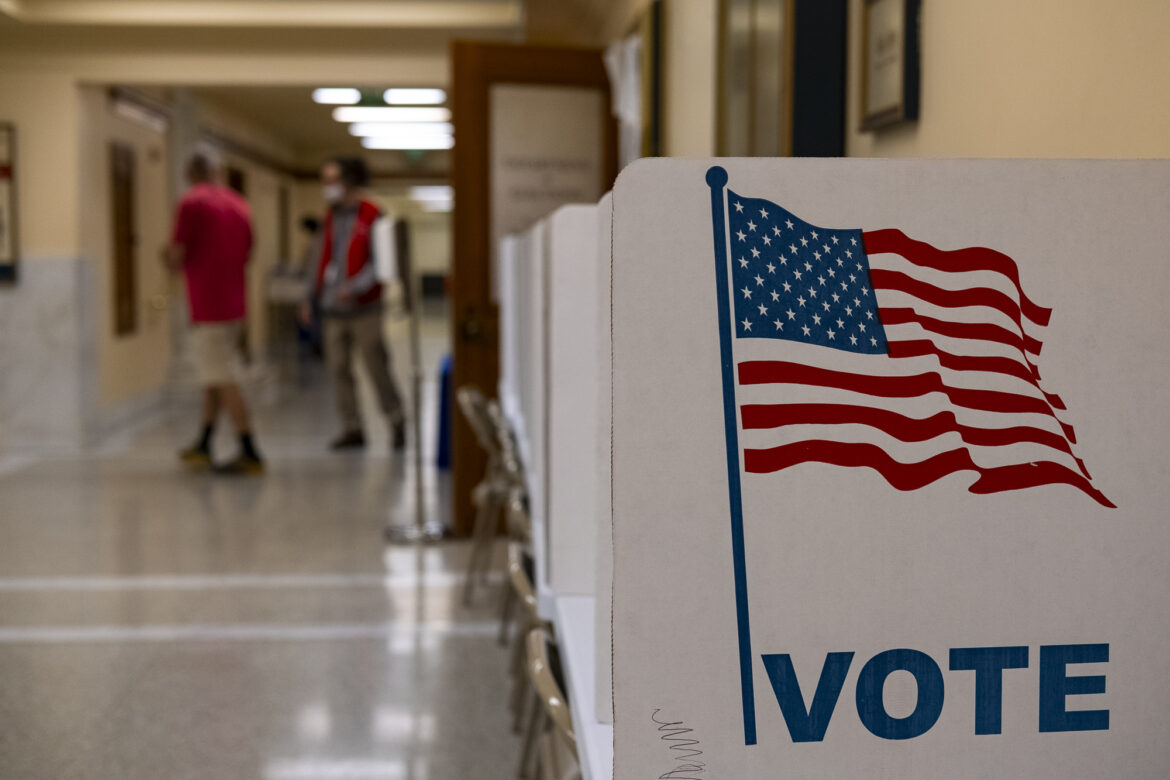 City Hall offered several private booths at its Voting Center for members of the electorate to cast their ballots for this year’s election. Voters could fill out or drop off their ballots at the center between Oct. 11 and Nov. 8.

In a recent Public Press poll to gauge residents’ opinion of the city’s thorniest issues, San Franciscans made their top concerns crystal clear: housing affordability, homelessness and the cleanliness of city streets.

More than 200 people shared opinions with the Public Press when asked to identify the most pressing concerns in their supervisorial districts. Most participants completed the brief survey online early this fall, with about 15% replying in person to surveyors seeking diverse respondents in supervisorial districts with competitive races. A small number of respondents said they worked in the city but lived elsewhere.

While concerns varied by district, housing, homelessness and street hygiene emerged as key issues. Aggregated concerns about different kinds of crime came in as a close fourth. City residents were also able to weigh in on these thorny matters in the Nov. 8 general election.

Results are still rolling in that could decide several close contests. Based on the latest vote tally from the Department of Elections:

In August, the California Department of Housing and Community Development announced an investigation into housing policies and practices in San Francisco to understand why the city’s permitting process is so lengthy. It is the first investigation of its kind in the state.

Gov. Gavin Newsom also reported on Nov. 3 that he is pausing the distribution of $1 billion in funds meant to address the homelessness crisis. Money from the Homelessness Housing, Assistance and Prevention grant program was meant to go to jurisdictions across the state, but Newsom said he will hold onto funds until local leaders meet up in mid-November to identify more aggressive strategies to reduce homelessness.

The confusion of having two similarly worded competing measures may have undermined the ability for either to pass.

Jason McDaniel, associate professor in the department of political science at San Francisco State University, said he believes the dueling measures are a sign of polarization and dysfunction in the relationship between the Board of Supervisors and Breed.

“There’s not a lot of trust, there’s not a lot of signs of working together,” he said. “And so, when you see these dueling kinds of ballot measures, what you’re seeing is they don’t feel like they can govern and legislate — board and mayor together — on important decisions on housing policy.”

More broadly, McDaniel said he sees two competing ideologies in the city, noting their presence in mobilizing around the DA’s race as well as various housing measures.

“We have two kind of highly organized and competitive political factions in the city,” he said. These two factions are often referred to as progressives and moderate-liberals, though McDaniel “doesn’t love these terms.” As he sees it, the progressive faction is further left and usually positions itself in opposition to policies of political leaders such as Breed and state Sen. Scott Wiener. The moderate-liberal faction “mostly descends from the Willie Brown coalition, inherited by Gavin Newsom and Ed Lee.”

These two groups are also “really good at making connections with voters — they care about, they listen to voters, they want to represent them.” In this way, McDaniel said, voter concerns are an important driving factor in what issues are central to elections.

For voters, filling out ballots can already be time consuming even without the complexity of competing ballot measures.

Survey respondent James Aldrich, who listed bike and pedestrian safety as his main concern, said “I think of myself as politically progressive, and yet, it’s pretty confusing when you try to figure out what is the solution” to some of the city’s biggest issues, such as the housing crisis.

Another hot issue for survey respondents that appeared on the ballot was the question of closed streets and car access. Much like the contentious split on the two affordable housing measures, voters and survey respondents had strong opinions regarding the potential re-opening of streets such as John F. Kennedy Drive and the Great Highway.

Richard Rothman, a native San Francisco resident who lives in District 1 and has followed local issues for several years sees the outcome of Propositions I, J, and L as reflective of a division between the eastern and western parts of the city. “I’ve never seen the city so divided,” he said. “Nobody wants to sit down and compromise; it’s either my way or no way.”

Transportation concerns weren’t limited to closed streets. For survey respondents, concerns around transportation revealed a vast array of perspectives regarding whose transit needs should be centered in city policy — pedestrians, bikers, drivers, seniors, people with disabilities and various combinations of those groups.

Some respondents called for improved Muni service and better traffic control. After a $400 million Muni bond failed in June, elected officials were hoping a different ballot measure could help tackle some of the city’s public transit woes.

Proposition L, a proposed extension to San Francisco’s existing 0.5% sales tax, is the only measure on the ballot requiring a two-thirds affirmative vote to pass and currently stands at 71% “yes.” If approved, L would fund programs ranging from basic transit maintenance to large-scale transportation projects, as well as increased paratransit services and pedestrian and bike safety measures.