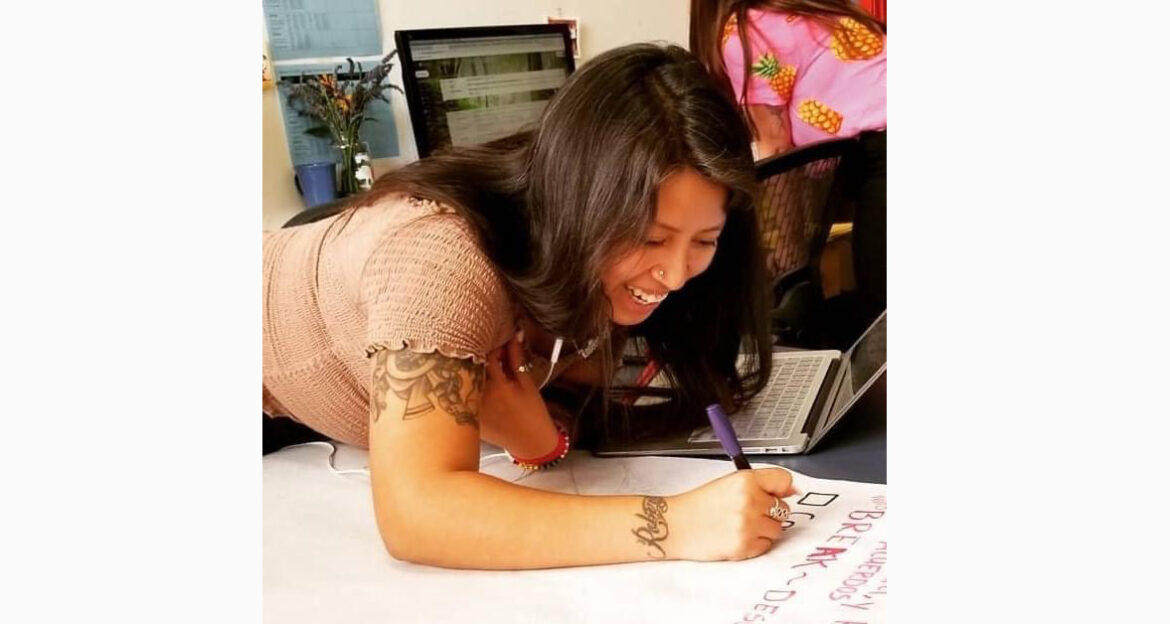 Undocumented workers who have lost their jobs during the coronavirus pandemic are ineligible for certain kinds of government relief, including federal stimulus checks. Within months of the first shelter-in-place order, organizers had created Undocufund SF and raised more than $1 million to distribute in the form of relief checks to immigrant workers and families without authorization. Nearly a year into the pandemic, Undocufund has raised $3.7 million, and distributed $3.3 million, and since many recipients are families, those grants have benefitted more than 10,000 people, fund organizers estimated. But thousands of applications remain to be processed.

Jennifer Alejo, a co-director of Trabajadores Unidos Workers United, told “Civic” that a coalition of groups like hers took notice of the need and developed a mutual aid network modeled after an effort in Sonoma County after the 2017 wildfires.

“The fires that happened in Sonoma left a lot of undocumented community members without homes, without jobs, without really knowing what the future looks like,” Alejo said.  “We felt that if we got together and if we also believe that mutual aid was something that community members really cared about, that we could do the same thing for our community out here in San Francisco.”

San Francisco educators, who in late March began pledging their stimulus checks to undocumented families, inspired other donors who could afford to pass on their relief payments, Alejo said. Hundreds of thousands also came from a California immigrant relief fund.

The main requirements to be eligible for a relief check from Undocufund are that one must be undocumented and not qualify for any other type of aid, Alejo said. The fund has made 2,601 grants, which, if all grantees’ immediate family members are considered beneficiaries, have reached 10,873 people, she said. But now her focus is on 1,700 people with pending applications which must be processed — and 4,100 others on a waiting list after that. Undocufund must raise at least $3 million more to cover everyone who had applied for relief as of June 22, when the fund temporarily stopped taking applications so as not to give potential applicants the illusion that their request could be processed swiftly.

“There’s a lot of folks who are going through anxiety and depression. We can all see emails, Facebook messages, like, ‘what’s going on? No one’s talking to me, no one’s telling me what’s happening,” Alejo said.

Those in need are not only having to rely on food banks for nutrition, Alejo said, but also grappling with the mental and emotional strain of poverty and, in many cases, mounting debt. When the bills, especially back rent, add up to enormous sums, it can seem like money from Undocufund pales in comparison to the need, she said.

“Sometimes it feels like a lot of those checks just go directly to the landlord,” she said, adding that the grants from Undocufund are never enough for indulgences. “A lot of these checks are really just to cover the basics that they need for survival.”

One recipient, Alejo said, sent an emotional email to the Undocufund organizers about waking up in the morning to find his fridge empty, his bank account empty and no job to go to, and then being notified that he had been approved for a check. The man wrote with his gratitude for being able to use that money to fill up the fridge, catch up on some of his rent and pay his utility bills.

“I think emails like that are what make my sad reflection move from sadness and into just feeling more committed to continue fundraising to continue helping families,” she said.