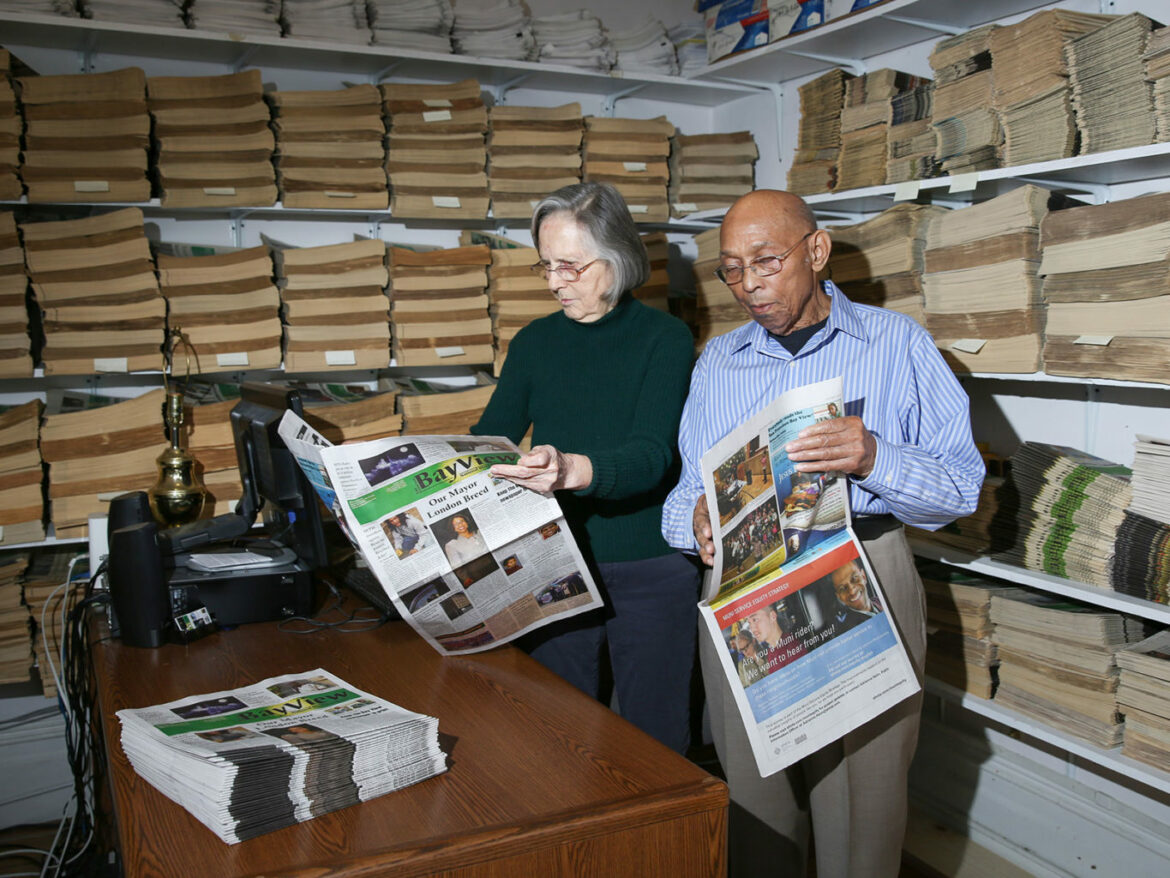 UPDATE: After this interview was recorded, 48Hills reported that several residents and staff members of the facility where Malik Washington lives in the Tenderloin, which is operated by a for-profit prison contractor, have tested positive for coronavirus. Residents are now, for the most part, confined to their rooms and Washington told 48Hills he has been reprimanded and his phone has been confiscated for communicating with a reporter about the outbreak.

The end of 2020 saw several local publications change hands, with real estate and hospitality magnate Clint Reilly acquiring the San Francisco Examiner and SF Weekly, and Street Media acquiring the Marina Times. The San Francisco Bay View National Black Newspaper is undergoing its own transition, but rather than simply changing hands it is going to a cooperative ownership model.

The newspaper, which has been operating for more than four decades, has kept a primary focus on the Bayview-Hunters Point neighborhood but also has a national and sometimes even worldwide scope. That’s partly because it features reporting by and for incarcerated people. Malik Washington, Bay View’s new editor, began writing for the paper while in prison.

“I actually became a nationally known activist and journalist. And it wouldn’t have been so without the support and the guidance of Mary Ratcliff, who actually gave me the opportunity to publish my writings in the San Francisco Bayview National Black newspaper,” Washington said.

Willie and Mary Ratcliff acquired the Bay View from its founder, Muhammad Al-Kareem, in 1991. Now approaching 82, Mary Ratcliff attributed the couples’ decision to pass the torch largely to age.

Ratcliff, who is white, said ensuring that the paper published the writing of Black reporters and community members unfiltered helped build trust.

“I found myself in the editor’s chair and always was very conscious of how wrong it was for a white woman to be the editor of a Black newspaper. So maybe one of the things that made it popular was that I bent over backwards to make sure that the voices that you were hearing in the Bay View were Black voices, and they were coming from Black people who felt as if they were speaking to their people through their newspaper without a filter,” she said. “And we’ve tried to make the paper very, very trustworthy, very honest. And, and, of course, very radical.”

Taking radical stances has cost the publication advertisers at times, Ratcliff said. But the paper remains popular with readers, particularly incarcerated ones — indeed, more so during the coronavirus pandemic, Washington said.

“We’ve had a spike in subscriptions. More people want our newspaper,” Washington said. “But this is the problem that we’ve also seen: We have seen an increase in censorship of our newspaper. Prison officials throughout the United States, they do not want the public to know how horrible the conditions are.”

He said the paper helps link incarcerated people, who are disproportionately people of color, to their communities.

“The San Francisco Bay View National Black newspaper actually bridges the gap from the prison cell to the neighborhood to the on-the-street activist, the abolitionist, the reformist, the person who says, ‘You know what, although you are incarcerated, your life is valuable. You are a human being and you matter,’” he said.