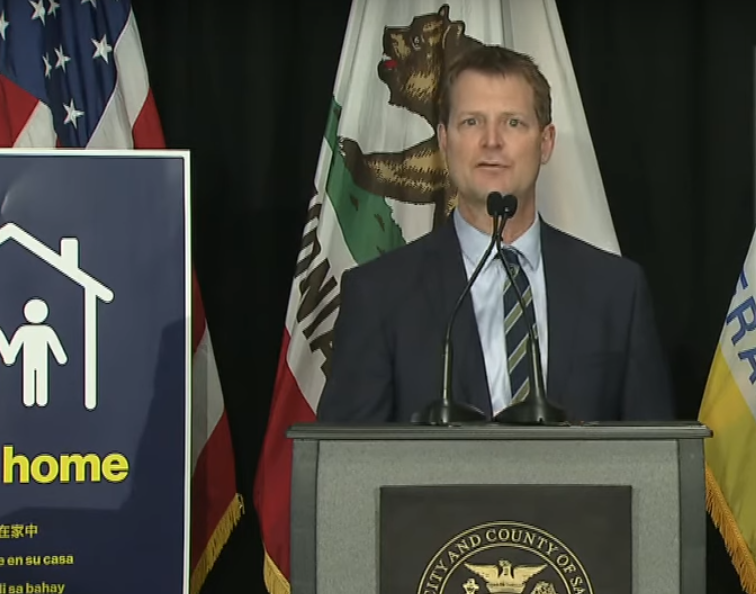 Laura Wenus, Reporter & Host for "Civic" |
LikeTweet EmailPrint More
City officials said Wednesday that the city would be leasing some 7,000 hotel rooms to house those who may have COVID-19 and cannot isolate themselves, and announced new mental health support programs for frontline workers and city employees.

Trent Rhorer, director of the Human Services Agency, said the city will be housing only the most vulnerable homeless people in hotel rooms, as well as people who are diagnosed with or suspected of having COVID-19 and cannot self-isolate because they live in group settings or housing with shared spaces like SRO rooms. Hotel rooms will also be used to house people who work in health care and need to self-isolate for fear of infecting, or being infected by, their families.

Rhorer defined vulnerable homeless people as those who are more than 60 years old or have underlying health conditions. As of Wednesday 1,977 hotel rooms were under, or nearing, a contract with the city.

Mayor London Breed announced that first responders and city employees will now have access to counseling 24 hours a day, seven days a week, through an app on their phones. Health care workers, whether employed by public or private hospitals, can access counseling through their supervisors or health care department to sign up for support.

The mayor also emphasized that San Franciscans should continue to shelter in place.

“Although we know that the early data has been very encouraging so far, want to reiterate that we are not out of the woods. We are not in a place where we can get comfortable,” Breed said.