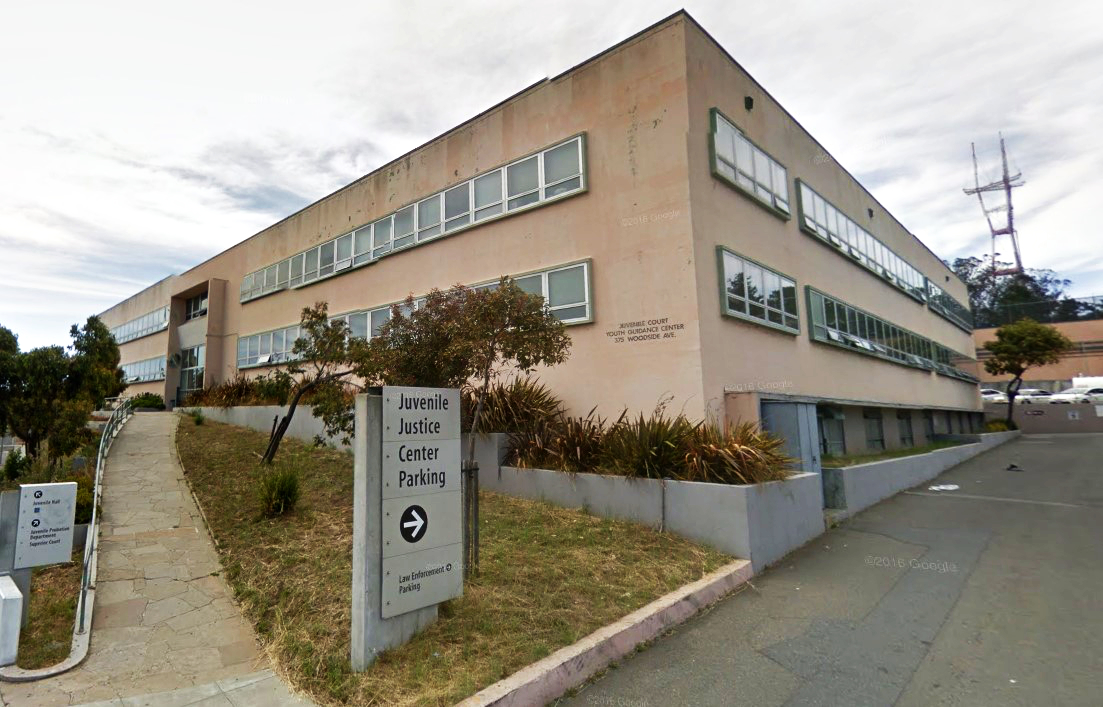 Officials implemented new rules Wednesday that restrict youth from seeing family members or loved ones in person, replacing in person visits with video conferencing to protect parents, kids and staff from spreading the virus.

Parents now must webcam their children at the juvenile hall on one floor while their children are on another. Next week, officials may change the rules to allow calls from home.

Chief Probation Officer Katherine Miller said in-person visits had already been decreasing with the fear of the coronavirus, and on Tuesday, the last day in-person visitation was available, there were only two visits from parents. Phone hours have been extended, Miller said, so that children can contact their parents between 10 a.m. and 8 p.m.

“The majority of our kids have disabilities, mental health issues, they’re depressed,” said Patricia Lee, managing attorney of the San Francisco Public Defender’s Juvenile Unit, which serves many children in the facility. “Any family would want their child at home with them when facing this crisis.”

Prior to this change, visitations were already difficult for youth, Youth Law Center attorney Meredith Desautels said. Youth were allowed only one hug with parents during short visits and were often told to sit apart and limit physical contact.

“Their practice already was to minimize visitation to the greatest extent possible,” she said. “We already know that the science shows separating young people from their families is counterproductive for healthy adolescent development. It’s especially traumatizing for people who have already experienced violence and poverty, especially at this time.”

Push for release of all eligible children

In a letter to Miller March 13, San Francisco Public Defender Manojar Raju requested that all detained youth be let out of the juvenile jail unless they’re ineligible for release.

“The Juvenile Court is required not only to protect public safety, but to provide for the interests of minors,” wrote Raju, referring to California’s welfare and institutions code. “During the COVID-19 crisis, we know that any confined individual or juvenile is at great risk for contracting the virus or in the case of youth, being carriers of the virus and pose contagion on staff, attorneys, multigenerational visitors, and other detainees.”

“Everyone is working collaboratively to reduce the number of kids who are in juvenile hall,” said Alex Bastian, spokesperson for the district attorney’s office.

However, Lee said that on Wednesday the district attorney’s office opposed motions in two cases to do just that — even when probation officers supported the motions.

Still, there has been a 50% reduction in the number of detained children at the Juvenile Justice Center, whose average population hovers around 30. A week ago, there were “25 or 26 kids in custody,” according to Miller. Just 16 children remained in detention in the 150-unit facility as of Thursday. The small number is, in part, due to ongoing efforts to shut down the detention center, which is slated to close in 2021. San Francisco supervisors voted in 2019 to shut its doors after years of calls from youth organizations for the city to provide services to youth instead of incarceration.

“This is consistent with closing the juvenile hall,” said Lee, who views the efforts as working toward the eventual goal of shutting down the facility

She said that all kids except those held on homicide charges should be released.

There are some key barriers to getting that number down to zero. While two children were released Wednesday morning, three more were brought in that night by the San Francisco Police Department. In a separate letter, Public Defender Raju requested the Police Department curb enforcement of low-level crimes.

And some youth locked up at juvenile hall may have nowhere to go post-incarceration. Some who are unable to return to their family home are waiting to be placed in the foster care system, which could mean living with an extended family member or, more typically, placement into a group home.

“There’s a lack of available options,” Chief Probation Officer Miller said. “Programs may be full, programs may not be willing to take a young person if they have a history of leaving group homes, or if they’re an older youth.”

Raju acknowledged that in his letter to Miller, asking that she expedite the release of youth to their placement or, if no other alternative was available, to the SF Catholic Charities Boy and Girls Shelter.

“Youth should be with family, not in detention,” Desautels said. “The virus only makes that all the more urgent.”