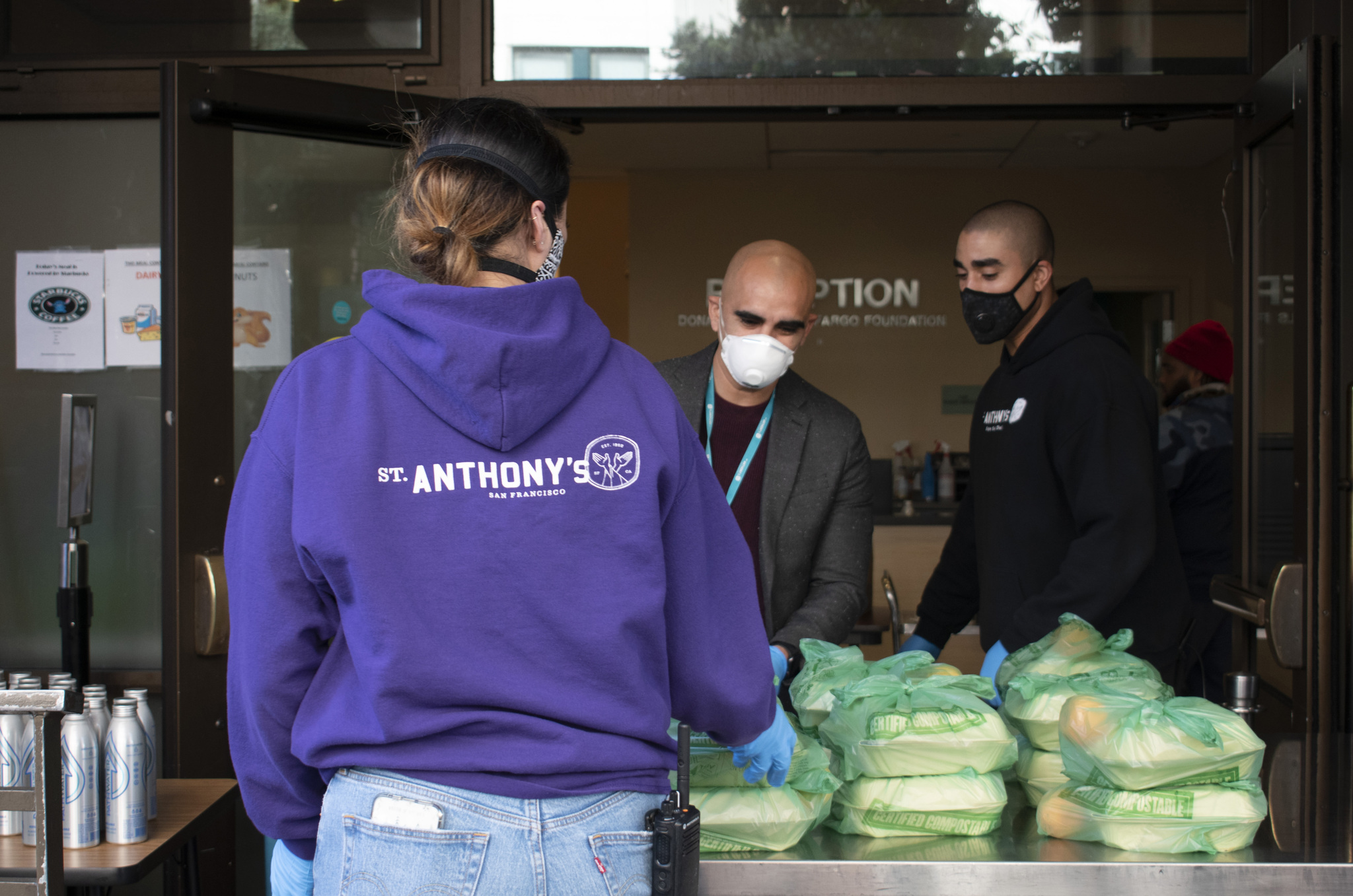 The St. Anthony Foundation of San Francisco has paid some $400,000 of its own money, and expects to pay $250,000 a month going forward, for equipment, staff and service changes necessary to meet the needs of the community during the coronavirus pandemic, its director estimated.

“Those are the things that we’re trying to prepare and plan for, so we can sustain that,” said José Ramirez, executive director of St. Anthony’s. “Fortunately, St. Anthony’s has been a staple in the Tenderloin for 70 years, we’ve been a great steward of our resources.”

These costs include an increase in staff time and extra pay for those who spend at least half their time on-site, as the volunteer workforce has dropped to zero under the region’s shelter-in-place order. The group also paid for 30-night stays in hotel rooms for 22 residents of its winter shelter over age 50, the rental of hand-washing stations for those living on the street and packaging for meals which must now be taken to go rather than eaten in a communal indoor space.

The increased expenditures come at a time when fundraising is particularly difficult. An annual gala that could under normal circumstances be expected to bring in hundreds of thousands cannot be held because of the pandemic.

“It does kind of compound itself in … kind of a double whammy, you know, more expenses, and then we can’t fundraise the way we traditionally have,” Ramirez said.

Public funding has eluded the nonprofit. St. Anthony’s is renting the hand-washing stations from the same vendor the city is using to deploy stations around San Francisco, he said, but is receiving no city money to do so.

Meanwhile, San Francisco’s Give2SF fund, which has attracted more than $10 million in donations, is out of reach, Ramirez said, as his staff has not been able to identify a way to apply for money from that fund, though two nonprofits, Meals on Wheels and Project Open Hand, have been allocated $1 million from the fund, the San Francisco Examiner reports. Individuals and organizations cannot apply for Give2SF funds. Instead, San Francisco officials decide how to disburse the funds, using city agencies to dole them out to specific groups or individuals, said Alyssa Sewlal, communications manager for the Office of the Controller. Fund disbursements are approved by a committee that consists of the Controller, City Administrator, and Director of Emergency Management.

“We’ve had to do everything independently, fundraise privately,” Ramirez said. “So we’re just really grateful for the support of, you know, the foundations that have come to our aid, the corporate groups that have come to our aid, our board members who continue to advocate and push and, and our development team that continues to try to be creative.”