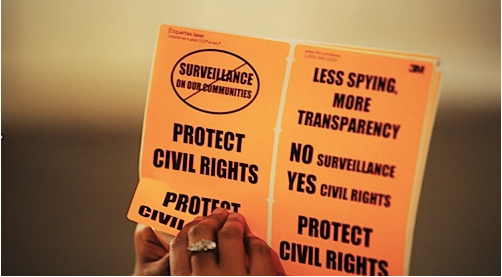 The new legislation addresses concerns about racial and religious profiling and transparency of future agreements between local police and the FBI, according to S.F. Supervisor Jane Kim, the ordinance author. Photo by New America Media.

The San Francisco Board of Supervisors unanimously voted to pass the final version of the legislation May 8. Although the board does not have the jurisdiction to influence FBI activity, the ordinance targeting local police participation in the task force is seen by activists as an important step in tackling the much larger issue of unlawful federal surveillance. Advocates are also hopeful that the law will begin to repair the icy relationship between San Francisco’s Police Department and the affected communities.

“This is a first step in a long way to go for this issue our community is facing,” Yemen-born Arab American civil rights activist Adel Somaha said. “We want to see these agents stay away from our mosques, which are places of worship, not spy stations. They turn our community environment into a war zone for no reason.”