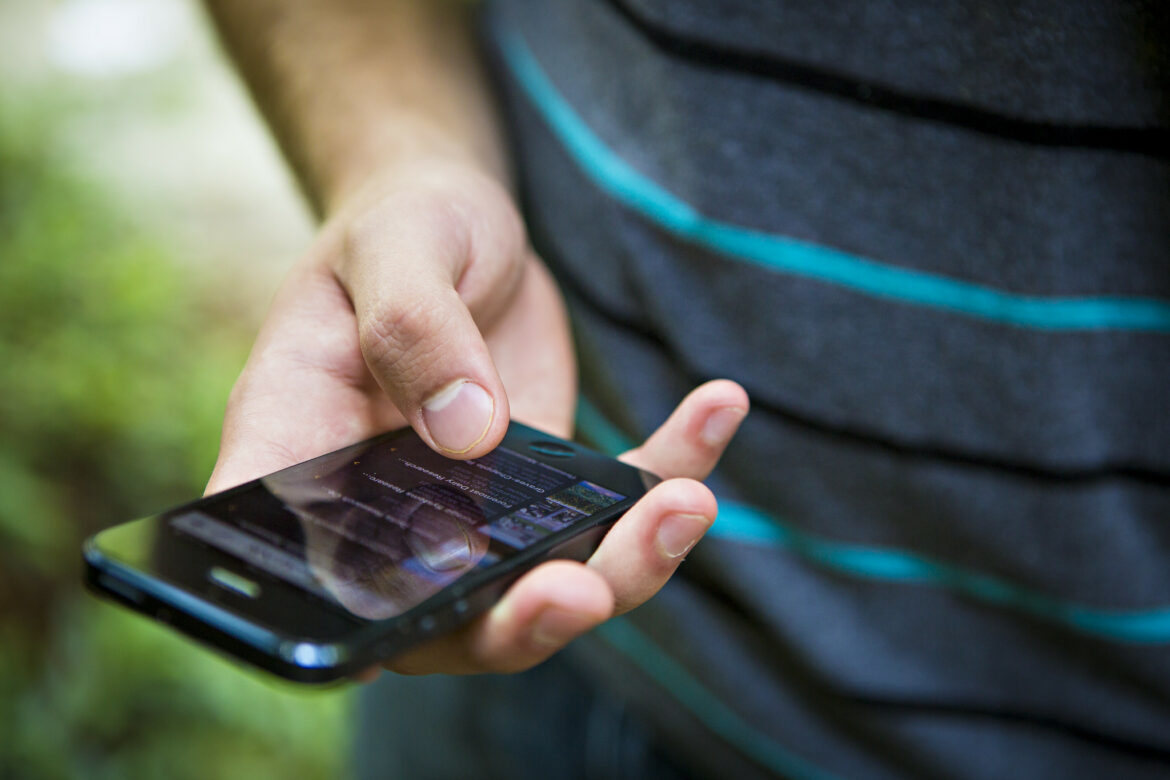 Kyle Spradley/Curators of the University of Missouri

Millions of Californians have gotten a push notification on their phones asking them to opt in to CA Notify to get warnings from their phones if they have been in close proximity to someone who later tested positive for the coronavirus. Gennie Gebhart, the activism director with the digital civil liberties group Electronic Frontier Foundation, explained to “Civic” how the system works and what information is exchanged.

CA Notify, in the form of an app that Android users must download and an interface that iPhone users can activate without downloading anything, uses Bluetooth to estimate how close devices are to one another. Phones with the system activated don’t send out identifying information, but instead a rotating string of random characters. If someone with the system active on their phone tests positive, they would alert the CA Notify system of their infection with a health care provider’s help. Other devices that recognize a character string that person’s device had been sending out would alert their users to the potential exposure.

While Bluetooth is not a new technology and was not designed for this purpose, Gebhart said using it, rather than location data, protects privacy.

“Location data from GPS or cell towers isn’t good at seeing how close you are to someone. But it’s very good at exposing where you’ve been, and what you might have been doing and who you might have been with,” she said. “So it is a big benefit that the system is using Bluetooth, really the most appropriate and promising approach to figuring out if you’ve been meaningfully close to people without exposing where you’ve been.”

Another privacy-protecting aspect of the system is that any information exchanged is not stored in a central database. Instead, the anonymous device identifiers are stored locally on the devices they have been close to.

“There’s not one central authority where all the identifiers are getting sent all the time where, for example, law enforcement or ICE could have access and pick through where people have been or who they’ve been with,” Gebhart said.

Around 8 million of the state’s 40 million people had opted into the system as of early January. Though more research is needed to determine how much adoption affects effectiveness, more participation would likely increase the system’s ability to help slow the spread of the virus. And Gebhart said it is important to consider access to technology and services when evaluating the system as a tool to help curb the virus. Some of those who have been most affected by the pandemic, like low-income families and elderly people, are also less likely to have consistent access to a smartphone. An exposure notification may also be useless to a person who does not have access to coronavirus testing or is unable to quarantine.

“This is not a techno-magic bullet that’s gonna save us,” Gebhart said. “This is the cherry on top of those health care, public health fundamentals and basics that you need to get right before this can be useful.”