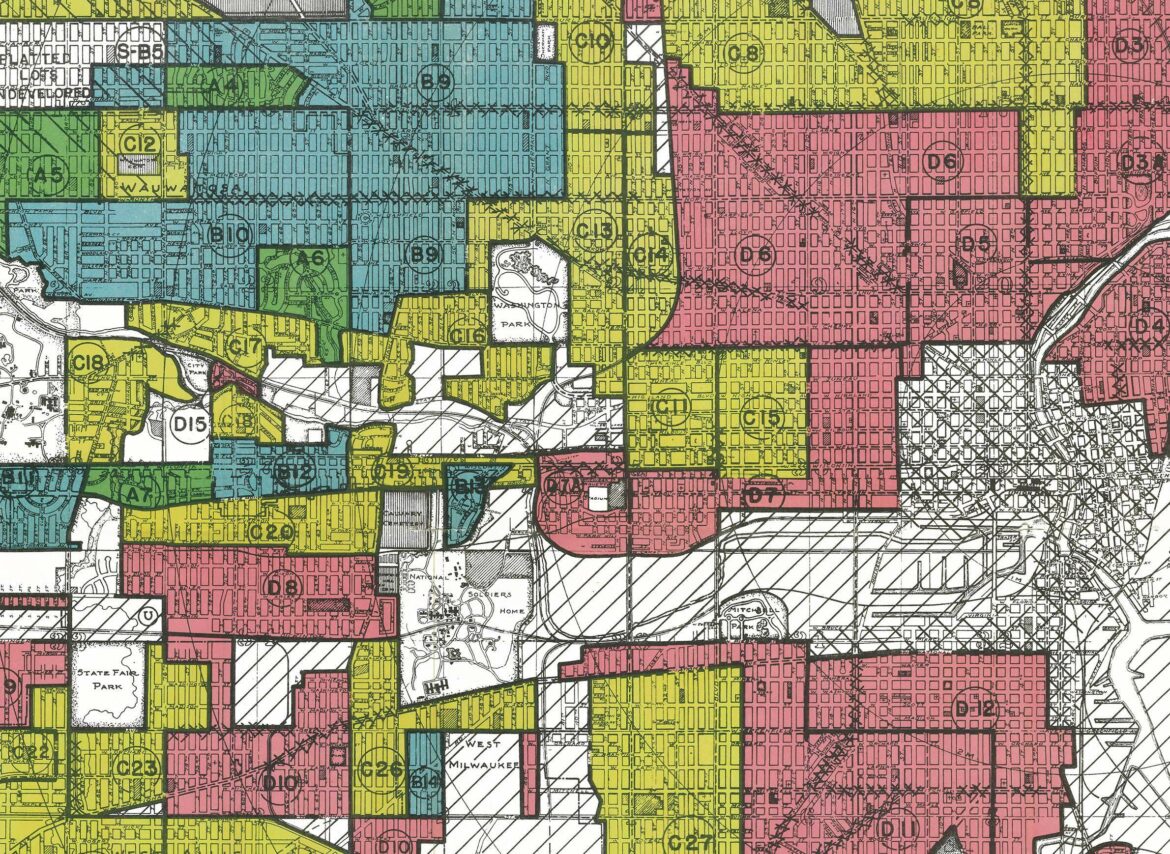 Maps like this one from the federal Home Owners’ Loan Corporation were meant to guide investment. Red, or “hazardous,” areas were deemed risky investments, and often home to communities of color.

Research has shown links between residential racial segregation and a plethora of health concerns, from asthma to obesity. Segregation can also be a factor in income and wealth — household incomes and home values in white neighborhoods are nearly twice as high as those in segregated communities of color. These are some of the key points laid out in a new report from the Othering and Belonging Institute at the University of California, Berkeley. The institute’s Roots of Structural Racism Project found that among U.S. metropolitan regions with more than 200,000 residents, 81% were more segregated in 2019 than they were in 1990. Stephen Menendian, assistant director and director of research at the institute, talks about tracing structural racism to its roots and the importance of addressing segregation.