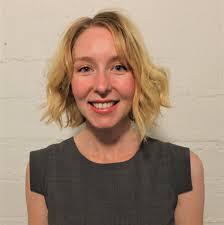 Noah Arroyo, Assistant Editor |
LikeTweet EmailPrint More
Nonprofits that serve people who need emergency help with their rent are seeing requests surge from a new class of clients — those who were previously financially secure but have lost their jobs due to COVID-19.

“This is a wave of folks who are used to paying their rent, paying their bills,” said Amy Price, rental assistance manager at the Eviction Defense Collaborative, one of several organizations that provide government-funded rental subsidies. “And they are in a panic.” Price’s usual clients generally have been chronically homeless or at risk of ending up on the streets.

The collaborative and at least one other organization are struggling to respond to the demand. That’s partly because of stringent rules on some of the funding for these subsidies, designed to ensure that rental relief goes toward staving off homelessness. Those same rules make it difficult to help people hit by the spike in unemployment from coronavirus-related shutdowns.

Price said requests from the recently jobless far outstrip the collaborative’s resources. She would like to access all of their funds to maximize the number of people served.

Many of the people seeking financial assistance worked at restaurants that closed due to Mayor London Breed’s order for nonessential businesses to shut down to limit the spread of COVID-19, Price said. Some were parents who could not work because they had to take care of their children, now at home because the San Francisco Unified School District closed campuses for the remainder of the school year. Others worked at jobs that paid them under the table.

“They don’t qualify for unemployment because they were earning cash, and undocumented,” Price said.

An internal analysis of 100 of the organization’s client families showed that monthly household incomes have dropped an average of $400, compared with levels prior to the shelter-in-place order, Bacalao said. More than half of those families saw an even more severe drop of $800.

The organizations’ subsidies funded by the San Francisco Department of Homelessness and Supportive Housing are intended for people who can afford their monthly rents going forward, but need help paying off accumulated unpaid rents or one-time costs like security deposits. That is why recipients must first prove that they have incomes. And the department targets the funds at the people who need it most by requiring recipients to prove “imminent risk” of eviction — an order to leave within 14 days — said department spokeswoman Emily Cohen.

The income requirement means the money can’t go toward the jobless new applicants Price and Bacalao have seen. And Breed has placed a moratorium on evictions during the stay-home order, complicating the task of proving an imminent risk.

Cohen said department staff were aware of the problems. Much of the funding originates from the federal government, she said, subject to “HUD requirements that are not within our power to change.”

“We are advocating at the federal level for more prevention dollars, and increased flexibility” in how they are spent, Cohen said. She added that this risked diverting resources from other people who also needed them. “The further out you push it,” Cohen said, with reference to letting the money go to people who faced evictions more than 14 days later, “the less likely you are to capture the people who are likeliest to be homeless.”

“We’re trying to look at this from all sides,” Cohen said. “We know that right now, the need is growing.”

To compensate, Compass Family Services might take on fewer new clients so that they can serve the increasing needs of existing clients, Bacalao said.

Eviction Defense Collaborative was still trying to figure out a game plan, Price said. “Our funds are limited.” She added that she would “pray that our economy stabilizes a bit, and hope that folks are getting back to work.”