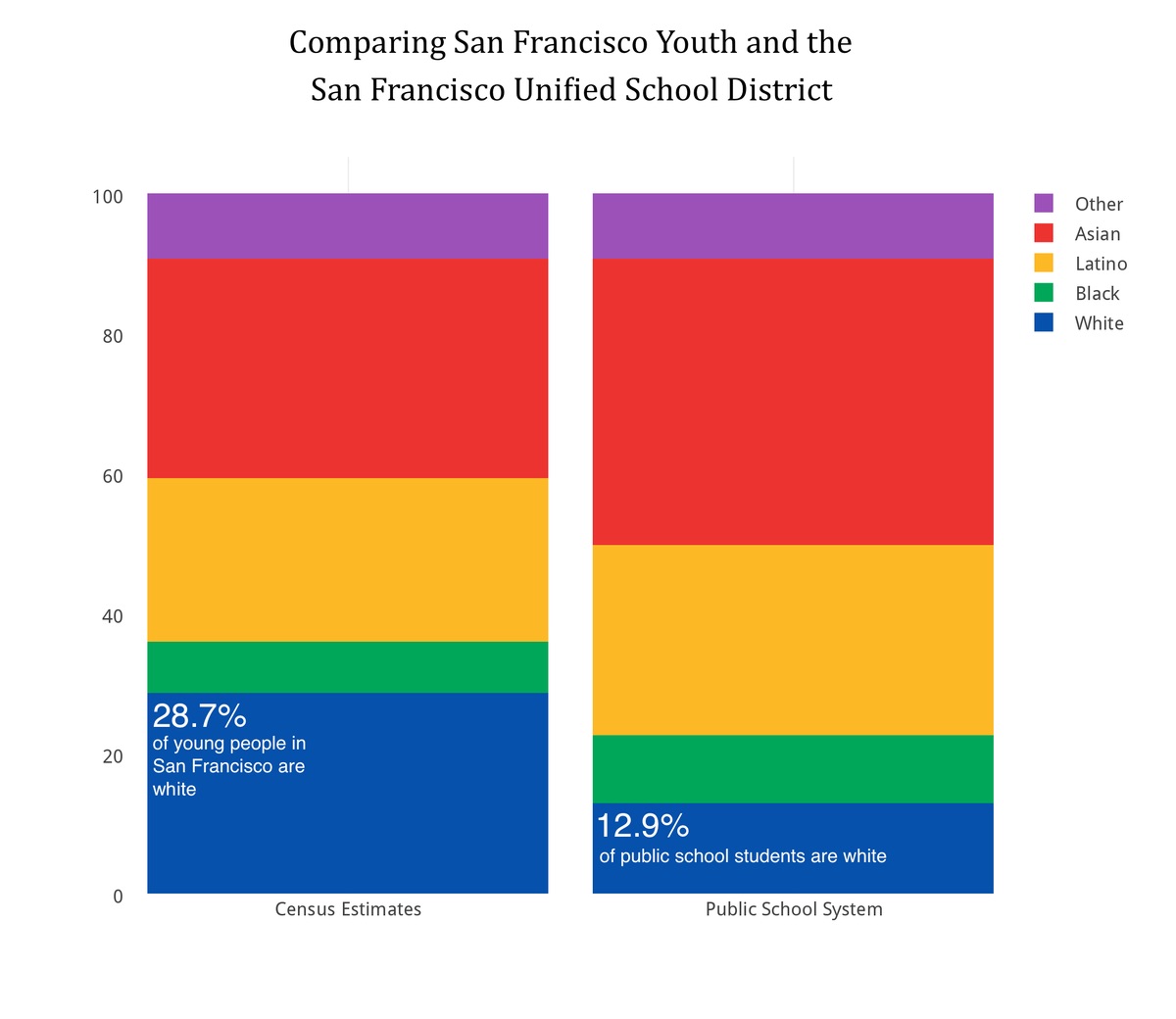 Editor’s note: Over the past several months, we have been gathering reporting that follows up on our coverage of segregation in San Francisco’s public schools. The latest pickup was a three-part series in the San Francisco Chronicle starting Sunday. Read more about it here.

A March 27 article in the Washington Post’s Wonkblog draws heavily from the Public Press to discuss the national implications of school choice. “In San Francisco, it looks as though giving parents some measure of choice in where their children go to school…in the long term can only result in gross educational inequities,” writes the Post’s Max Ehrenfreund. The San Francisco Chronicle’s own data dive into school diversity cites the Public Press’ demographic analysis. It follows Smith’s March 17 op-ed in the Chronicle calling out the city’s “profound identity crisis” in light of growing racial and income inequities. This month, the Chronicle published this report. The Society Pages and Education News also link to the Public Press’ investigation.

In other local media, San Francisco Examiner reporter Joe Fitzgerald Rodriguez wrote that the package revealed “a shameful truth about our city.” The Bold Italic had high praise for the “devastating” report: “If you’re thinking of sending your kids to SFUSD (or even if you’re considering having kids at all, really), it’s worth a thorough read.” KALW Radio’s “Your Call” devoted an hourlong program to discussing school segregation with Smith and other guests, and KALW’s “Crosscurrents”  interviewed Smith for a segment on the investigation. Jeremy Adam Smith prepares for an interview at KALW’s studios in 2014. // Public Press

The Institute for Nonprofit News’ Senior Director of Product and Technology Adam Schweigert tweeted that the reporting left him “genuinely much more informed about that issue.”

In April the Public Press received two awards for its investigation into the enormous disparity in parent fundraising across city elementary schools: The Society of Professional Journalists’ 2014 Sigma Delta Chi Award for investigative reporting and the California Teachers Association’s 2014 John Swett Award for Media Excellence.