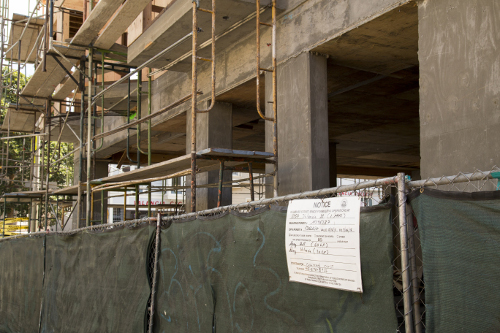 Proposition I would block the construction, demolition or conversion of nearly all new, unpermitted market-rate housing in the Mission District for 18 months, giving city officials and community groups time to create a long-term plan for helping low- to middle-income people who live in the neighborhood. Projects for 100 percent affordable housing would not be affected. In the previous decade, the Mission District has outpaced most other San Francisco neighborhoods in two regards: The pace of its rising housing prices, driven by hot demand to live in the trendy area, and the production of expensive, market-rate housing. Very few of the homes currently under construction will be priced below the market rate, for low- to middle-income renters or buyers. Meanwhile, Ellis Act and other no-fault evictions have helped push those lower-income earners out of the neighborhood, including the historically Latino population.

For an initial period of 18 months, the proposition would halt:

City officials and community groups would use the time to craft a strategy for increasing affordable housing construction, so that at least half of the Mission District’s new homes were within reach to low- and middle-income earners. That strategy might include making developers pay higher fees and using that money to build more affordable housing. It could also include modifying zoning restrictions, which determine how tall a building can be, as well as its function — whether it houses residents, offices, retail or manufacturing space, for example.

At the end of 18 months, the Board of Supervisors could extend the construction pause by another year.

The city Controller’s Office said in September that Prop I would temporarily halt the construction of an estimated 752 to 807 housing units in the Mission District.

High-priced homes have been rising in the Mission District for years, and policymakers have so far failed to find a way to offset that influx to build more affordable housing. This measure does not include a new strategy. Supervisor David Campos, who represents the neighborhood, has said that the current breakneck speed of development leaves City Hall inadequate time to identify desirable land and obtain the funding to build on it. The moratorium would make those tasks easier.

In addition, the city’s chief economist, Ted Egan, estimated that the moratorium would stall the construction of around 100 affordable housing units. These are homes that developers plan to build into their mostly market-rate housing projects.

The San Francisco Controller’s Office estimated in August that the temporary moratorium would stall the construction of up to 85 housing units, causing the city to lose up to $1 million in property taxes and related revenue. In September, the controller’s Office of Economic Analysis updated that estimate with more recent data, and tabulated that 752 to 807 units would be stalled. The controller did not recalculate City Hall’s losses, though they would certainly be greater. The costs could go up even more if the Board of Supervisors were to extend the moratorium.

J. Scott Weaver, a real estate and tenants’ rights attorney who serves on the board of directors for the San Francisco Tenants Union.

Supervisor Scott Wiener, who represents part of the Mission District and other neighborhoods.

100 percent affordable housing: These are homes with prices that are artificially lower than what the market would otherwise dictate. To qualify to live in affordable housing, a renter’s annual income has to be less than a certain amount; different buildings, and sometimes different homes in the same building, can have different income limits. The term affordable housing can also be applied to public housing, which is owned by the government, or describe housing owned by individuals or private entities. A rental unit covered by local rent control laws is not necessarily counted as affordable. A building that is “100-percent” affordable housing contains no “market-rate” housing.

Housing unit: This technical term is basically equivalent to the word “home,” which city planners and politicians seldom use because of its subjective connotations and imagery. One “housing unit” is equal to one apartment (which tenants can rent), or one condo (which tenants can own).

We want your questions. If you’re still wondering about how Proposition I will work or impact San Francisco, ask! Use #election2015 and our Twitter handle (@sfpublicpress) and we will do our best to get answers.

Corrections: An earlier version of this article did not fully characterize the housing affected by Proposition I and misstated the month of a Controller’s Office report on the number of units that would be stalled.