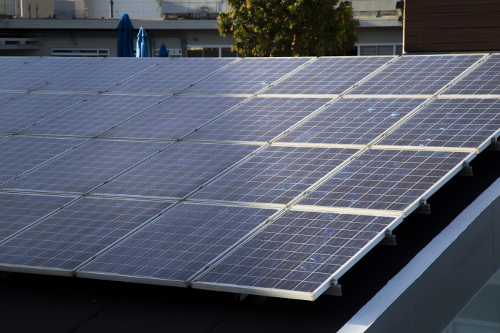 To wrap your head around these dueling ballot measures, you need to understand CleanPowerSF, San Francisco’s forthcoming municipal utility system that breaks Pacific Gas & Electric’s monopoly on delivering electricity to city residents. To understand why this matters for the environment and ratepayers, read the “backstory,” below.

Why are they on the ballot? After Proposition G was put on the ballot by one of PG&E’s unions, the Board of Supervisors fired back with Proposition H, which, as initially drafted, would have forced PG&E to stop applying the “green” label to nuclear energy, one of its primary power sources. Following negotiations between the board and the International Brotherhood of Electrical Workers, Local 1245, the two sides agreed to remove the clause that stigmatized nuclear energy and put their mutual support behind Proposition H.

CleanPowerSF will secure alternative-energy supplies by aggregating individuals’ buying power, will compete directly with PG&E and will automatically assume the utility’s San Francisco customers unless they opt out. Years in the making, the service is finally slated to launch in early 2016.

Through so-called community aggregation, CleanPower SF intends to boost the amount of electricity generated from renewable sources and reduce the city’s emissions of climate-changing greenhouse gasses. The new program will seek to meet or exceed California’s Renewable Portfolio Standard, which requires that by 2020, one third of all electrical power come from “green” sources. Beyond that, the Board of Supervisors has set an ambitious 2030 goal of delivering greenhouse-gas-free electricity.

Compared with PG&E’s energy portfolio, CleanPowerSF will draw from more renewable sources without charging customers more than they currently pay, according to the San Francisco Public Utilities Commission, which will be in charge of CleanPowerSF.

CleanPowerSF claims that between 33 percent and 50 percent of its “green” electricity will come from renewable sources. PG&E’s current energy mix is 27 percent renewable and projected to be roughly 31 percent by 2020.

In 2002, the state first began allowing cities and counties to shift their residents’ energy sources to different providers, which those governments could select. In accordance with the new regulations, San Francisco began forming CleanPowerSF five years later. The program faced opposition from PG&E and one of PG&E’s three unions, which worried that CleanPowerSF will siphon away customers and revenue, potentially forcing the company to shed jobs to meet profit targets. Mayor Ed Lee also initially criticized CleanPowerSF for not creating enough local jobs and for sending taxpayer dollars out of state to Shell Oil, which would supply the program with renewable energy from its own sources. Lee ultimately reversed course and backed it earlier this year, on the condition that the city contracts directly with energy providers.

If passed, Proposition G would (1) change which energy sources could be called “clean,” “green” or “renewable, greenhouse-gas-free electricity,” consequently making CleanPowerSF seem less environmentally friendly; and (2) force City Hall to send San Francisco residents mailers describing CleanPowerSF’s lower “green” rating, prior to the deadline for them to opt out and stay with PG&E.

But after a compromise with the Board of Supervisros, Proposition G no longer has the support of its authors — the International Brotherhood of Electrical Workers, Local 1245. Although Proposition G remains on the ballot, the union has promised to campaign against this measure.

What would they do?

Both G and H must pass by simple majorities. If Proposition H gets more “yes” votes, then Proposition G would be nullified. Other than that, Proposition H would have no immediate or direct effect on existing policy, nor on the environment.

Voters who read Proposition H closely might think that, if it passed, it would force PG&E or CleanPowerSF to be “greener.” The measure specifies that those energy providers must follow the state’s laws by progressively drawing more and more of their electricity from sustainable sources like wind, solar and hydropower. But they already follow state laws, and so this aspect of the measure would have no real effect on policy, according to Tyrone Jue, communications director at the agency that will be in charge of CleanPowerSF.

Would they increase the cost of government?

Proposition H would have “a minimal impact” on the budget, according to the city controller’s estimates.

Who officially proposed them?

London Breed, president of the Board of Supervisors, and supervisors John Avalos, Scott Wiener and Julie Christensen.

Who officially opposes them?

We want your questions. If you’re still wondering about how propositions G and H will work or impact San Francisco, ask! Use #election2015 and our Twitter handle (@sfpublicpress) and we will do our best to get answers.