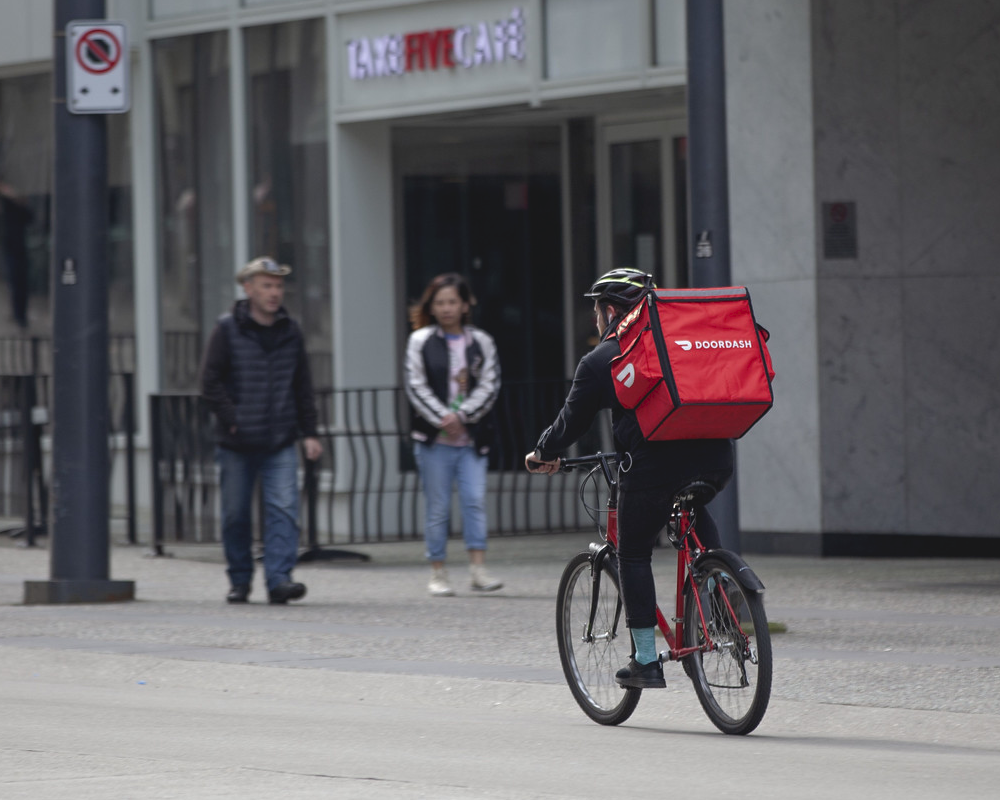 Albertsons, Safeway’s parent company, plans to cut hundreds of grocery delivery positions in California and replace them with gig workers from DoorDash.

Workers’ rights groups that have been mobilizing and strategizing over how to react to the passage last year of Proposition 22 criticized a move announced this week by Albertsons, Safeway’s parent company, to eliminate hundreds of grocery delivery positions in California and replace them with gig workers from DoorDash.

The move does not affect unionized delivery drivers like those in the Bay Area, and DoorDash said the change was not connected to Proposition 22, an initiative passed in November that classified app-based drivers as independent workers instead of employees. The decision was made in early December, just weeks after the measure passed. The new strategy will be rolled out in late February. Albertsons Cos., which is based in Boise, Idaho, did not respond to a request for comment by the time of publication.

The timing of this shift was particularly painful for employees, said Marc Perrone, the president of the United Food and Commercial Workers International Union, which represents 141,000 members across California. That was the case, he said, because grocery delivery drivers have been a “trusted and crucial lifeline” for vulnerable Californians during the pandemic.

“Exploiting the passage of Proposition 22 to destroy the good-paying jobs of these dedicated frontline workers, in the middle of this public health crisis, is simply wrong,” Perrone wrote in a statement.

Others who opposed the statewide voter initiative are furious about the development.

“Proposition 22 was a $200 million ploy by gig companies to eliminate good jobs and replace them with low-wage, no-protection gigs that exploit workers and erode the middle class,” said Steve Smith, of the California Labor Federation. “We’re now just beginning to see the devastating effects of Proposition 22’s passage as corporate grocery chains move to lay off essential workers as the pandemic worsens.”

Assemblywoman Lorena Gonzalez (D-San Diego), who drafted Assembly Bill 5, the target of Proposition 22 that would have forced these corporations to treat their gig workers as employees, said Albertsons’ decision is par for the course with the measure’s passage.

“This is why we did Assembly Bill 5 and what we warned people about with Proposition 22,” she told the Los Angeles Times. “Left to having no rules, corporations whose only concern is their bottom line will replace good middle-class jobs with independent contractors who don’t have benefits like a minimum wage and health care that we expect.”

Other corporations are likely to copy Albertsons and shift toward gig-based workers to reduce labor costs, said Rey Fuentes, a legal fellow with the Partnership for Working Families who specializes in employment rights.

“It’s a really shameful outcome, and just the tip of the iceberg,” he said. “Any company that does transportation or delivery work can reclassify their workers as independent contractors and strip them of employment rights. Many other industries are going to be looking at this sea change and hoping to get the same types of the exemption.”

Workers’ advocates are also keeping an eye on plans to roll out Proposition 22 nationally, a strategy outlined by Uber CEO Dara Khosrowshahi days after the election, when he said he intended “to work with governments across the U.S. and the world to make this a reality.”

“It’s very clear that the CEOs of all the major app-based companies are heralding Proposition 22 as a success, and something they want to replicate elsewhere,” said Fuentes, who suggested the measure’s passage “emboldened” the ride-hailing companies. “We know they’ll face pretty stiff resistance from this federal administration, as well as from the various states where they may likely want to go.”

Advocates intend to monitor and resist those efforts, he said.

One way they plan to do that is through education. Gig Workers Rising, a Bay-Area-based advocacy group that opposed Proposition 22, is building an app that will educate California’s gig workers about their rights. “Workers know that gig companies have a history of making and breaking promises to workers,” the app’s launch page says. “These corporations depend on you not knowing your rights and being unable to advocate for the benefits you are owed.” The app is scheduled to be launched this year.

While amending Proposition 22 requires a 7/8 majority vote from the Legislature or a new ballot measure, advocates said there may be workarounds.

Opponents to the measure included President-elect Joe Biden and Vice President-elect Kamala Harris, who tweeted in July that “We cannot allow giant gig corporations to exempt themselves from providing essential protections and benefits for their workers.”

But there is some skepticism about how pro-union the Biden administration will be, given that his transition team was made up of several high-ranking tech executives, including a security officer from Uber and a lobbyist from Lyft.

Nevertheless, Congress does have the power to change federal labor laws, and if it manages to get a majority of legislators to agree to recognize gig workers as employees, they will then be able to bargain collectively for their rights, regardless of Proposition 22’s passage.

Fuentes said the fight is not over yet.

“The workers are organized, and there’s clearly a national consensus among those who fought Proposition 22 that it’s not something that should be exported,” he said. “There is still hope. Even though Proposition 22 sets back employment law for these workers momentarily, it doesn’t mean these workers have lost all paths to collective bargaining.”