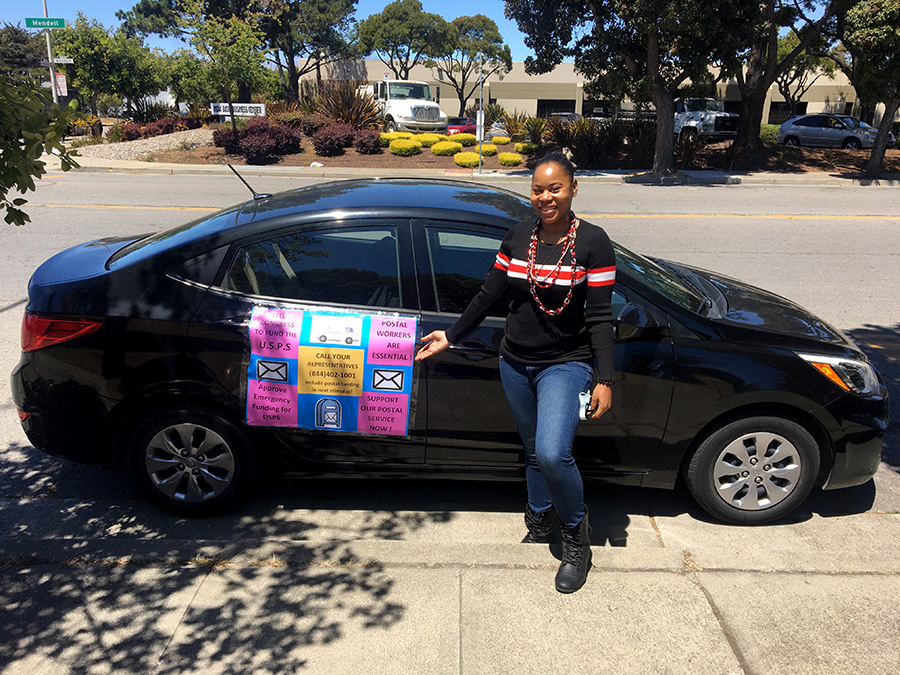 The United States Postal Service is running out of money — the agency requested $75 billion in emergency funding in April, saying it would be out of money by September. Lower demand for its services and the health impacts of the pandemic have hit the agency hard, and legislators had planned to give the postal service $25 billion in the CARES Act. But the Trump administration blocked the funding. The postal service does have access to $10 billion in loans, but Donald Trump has suggested that the postal service should raise its prices. Louis DeJoy, a longtime Trump supporter and fundraiser, took over as the US Postmaster this month.

Local members of the American Postal Workers Union staged a car caravan Tuesday to raise awareness of the impending financial calamity for the agency. They said they hoped to remind supporters to call on their Senators to pass a new stimulus package, already approved by the House of Representatives, that would allocate $25 billion to the Postal Service. They also rejected the notion that the agency should be reshaped to turn a profit, and emphasized the role of the service in the November elections, in which Californians will vote by mail.

“There’s been a long fight in terms of forces that want to privatize the Postal Service, which would really be a big blow to the community that we serve. We serve so many people, the poor, the elderly, disabled, so we really need to keep the Postal Service as a service instead of a profit-geared business.” — Cindy Datangel, president of the American Postal Workers Union in San Francisco