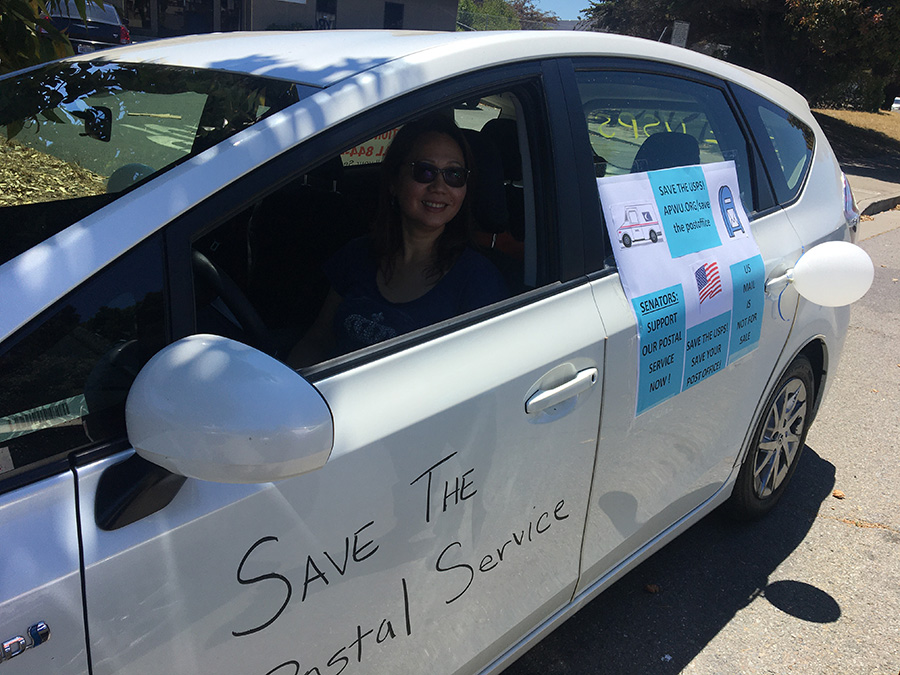 With an infusion of $25 billion to help the postal service weather the coronavirus pandemic still in limbo awaiting consideration by the Senate, local mail workers continue to work extended hours under difficult conditions to beat back delays in mail delivery. Carriers and other mail workers are also grappling with absences as coronavirus spreads to and among staff.

Cindy Datangel, president of the American Postal Workers Union Local 2, said the stress and uncertainty had led some workers to simply resign. She said recent changes originally billed as cost-saving measures directed by the Postmaster General, Louis DeJoy, had also had an effect locally before some were halted and others rolled back: Some pieces of mail sorting machinery are sitting idle, a mail collection bin in San Francisco was removed and subsequently returned and work schedules have been rearranged. Nonetheless, Datangel said if sorting machines are returned to service, local post offices should be able to handle the influx of ballots expected for the November election, in which every Californian will have the opportunity to vote by mail.

“This new Postmaster General that they’ve appointed has made changes. And, you know, from the testimony that he was giving to Congress, you can tell that he’s really not too familiar with how the post office runs and he’s trying to make it into a business once again, for profit. And it’s just not something that we’re meant to be, you know, we’re supposed to be a provider of universal service and affordable service to all.”