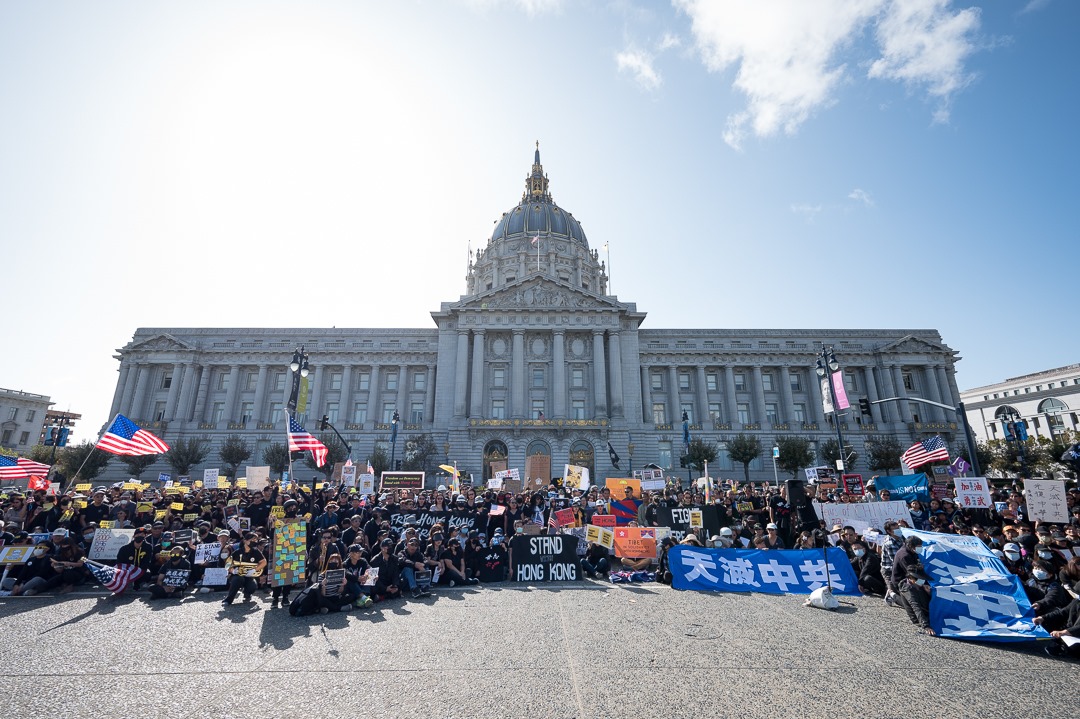 Bay Area demonstrators gather in front of San Francisco City Hall in a show of support for pro-democracy protesters in Hong Kong.

Demonstrators in Hong Kong have been demanding more democratic freedoms, as well as an inquiry into police use of force and the release of detained protesters. As millions have taken to the streets and participated in other actions, clashes between police and protesters have turned violent.  Here in the Bay Area, people from Hong Kong have been paying close attention, organizing solidarity actions and strategizing about how to stay involved from afar. “Civic” spoke with two members of the Northern California Hong Kong Club, Ken Chan and Claire, who requested only her first name be used to protect her family in Hong Kong from government retribution.