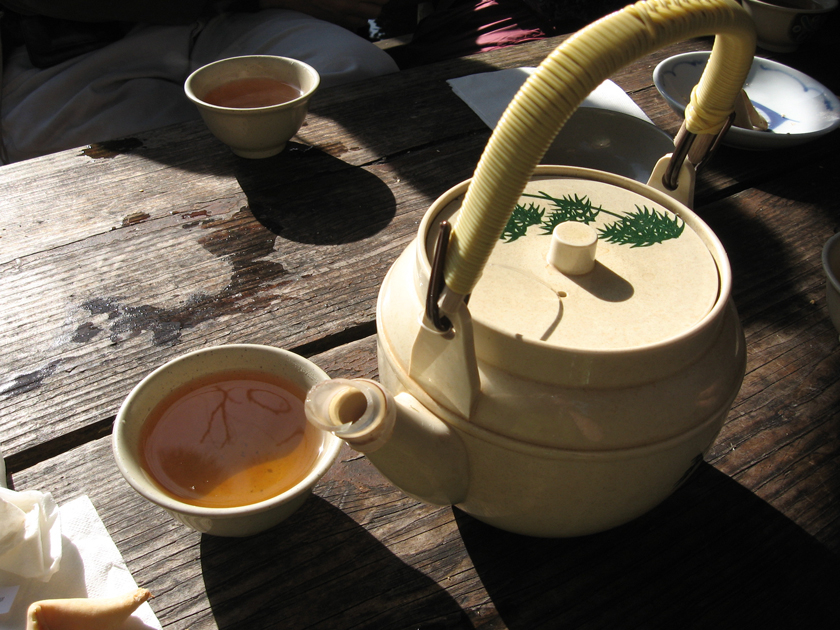 A new tenant for the Japanese Tea Garden concessions could move in as early as September – thanks to the support of the full board at Tuesday’s San Francisco Board of Supervisors meeting.

Carol Murata, owner and operator of Murata’s Cafe Hana, was unanimously recommended July 22 by the parks commission to become the new occupant. And while neighbors and board members spoke to her merits, the strongest component of her proposal was the $500,000 earmarked for capital improvements.

The oldest tea garden of its kind in the country, the 115-year-old institution at Golden Gate Park serves as a satellite for Japanese culture beyond the confines of San Francisco’s Japantown, but has become lackluster over the course of the past decade.

There’s significant “emotional attachment between the two (the Japanese Tea Garden and Japantown) because they represent Japanese culture in San Francisco,” Japantown Task Force member Bob Hamaguchi said.  “We’re hoping this will restore a lot of the original character.”

The search for a long-term tenant has been under way since at least 2006 — Murata came close to securing the lease at that time, but a last-minute decision by the parks commission to put the lease back out for bid squelched her chances.

Much of the community rallied behind Murata, who has operated her cafe for more than a decade in Japantown. It remains an authentic business while the surrounding community has been stripped of some of its character.

A private investor from the Japantown stepped forward with the capital improvement funds; donating the money not to an individual, but to the non-profit San Francisco Japantown Foundation. The donation, however, made Murata’s plan appealing to the planning commission.

“The foundation earmarked it for public good that would promote the Japanese culture and highlight the Japanese community,” foundation member Sandy Mori said.  “We wanted it to be enjoyed by all people.”

Support for Murata also came from within the chambers. Supervisor Ross Mirkarimi said Murata is the only candidate able “to expand the eloquent influence of Japantown” into the tea garden.

What almost snagged the negotiations was the parks department’s lack of clearly defined requirements for capital improvements to the property.

At last Wednesday’s budget committee meeting, board budget analyst Harvey Rose said that while there was a provision requesting that vendors describe capital improvements, there was no dollar-based requirement for explaining renovations.

Instead, the parks department scored candidates using a points system, which graded based on projected revenue, authenticity and capital improvements.

Until now, “the concessions have not adequately reflected the quality and serenity of the garden,” parks property manager Tom Hart said, resulting in the “lengthy and thorough” selection process.

Neighbors had expressed a desire to “move away from a tourist look” to a more culturally sensitive operation, Hart said.

Hamaguchi said he believes Murata has assembled a team of talented people to refurbish the tea garden and bridge the garden to the larger Japantown community in the Western Addition.

“We’re very excited about the idea of having Cafe Hana selected to operate the concession and gift shop,” he said. “It should bring a long awaited authenticity to the tea garden.”

As for the revitalization of Japantown, through work with the planning commission on its Better Neighborhood Plan — a 20-year vision for the community that would identify and enhance the cultural character of the district — the neighborhood seeks to reestablish its identity and significance in San Francisco.

In recent years, commercial properties in the heart of Japantown — including two of the malls that make up the main shopping center and the Kabuki Theater — have changed ownership. The moves have changed the region’s character to the point that Mirkarimi said the neighborhood “could be an endangered species.”

Reach the reporter at pdecker[AT]public-press.org.

Patricia Decker earned her master’s in structural engineering at the University of California, Berkeley. Until recently, she worked as an engineer with the architectural firm Skidmore, Owings, and Merrill, but made the leap to journalism, covering city politics, in May.