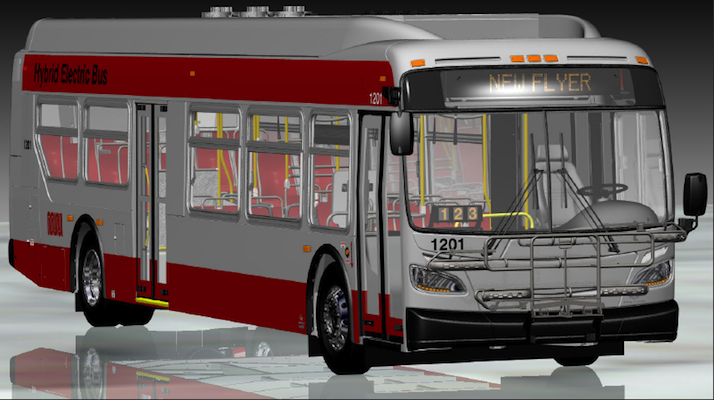 The city is hoping a combination of new and rehabilitated buses will improve Muni’s reliability.

The new 40-foot hybrid-diesel buses will replace some of Muni’s diesel buses, which were purchased in 1999. Muni spokesman Paul Rose said the diesel buses require constant maintenance, which has led to breakdowns, causing headaches for riders.

Equipment malfunctions has been the number one cause of service delays for every month this year. The city’s 311 system has also shown that riders are taking notice of Muni’s aging fleet. In July, there were over 400 complaints about equipment issues on vehicles.

The new buses, from New Flyer Industries,  would cost  $33.8 million, paid for with a combination of  federal, state and local funds.

A prototype of the new bus is expected to hit the streets this winter, with the rest arriving by the end of next summer.

The overhaul of 80 of its Neoplan biodiesel buses will include replacing engines, transmissions, radiators, brakes and suspension systems. The exterior of the bus will also get a makeover including a new paint scheme, back doors and new destination signs.

The cost to rehabilitate the 80 buses is $19 million. Muni says says at least four vehicles will be repaired at a time by Complete Coach Works, the contractor hired to do the repairs. Muni service will not be affected as buses are rehabilitated, the agency says.

It could take six to eight weeks to upgrade to each bus depending on the extent of work that needs to be done.. The entire project will take three to five years.

Funding  will also come from federal, state and local funds.

The San Francisco Board of Supervisors must approve the purchase and rehabilitation of the buses. Supervisor Scott Wiener has introduced legislation to approve the deal.