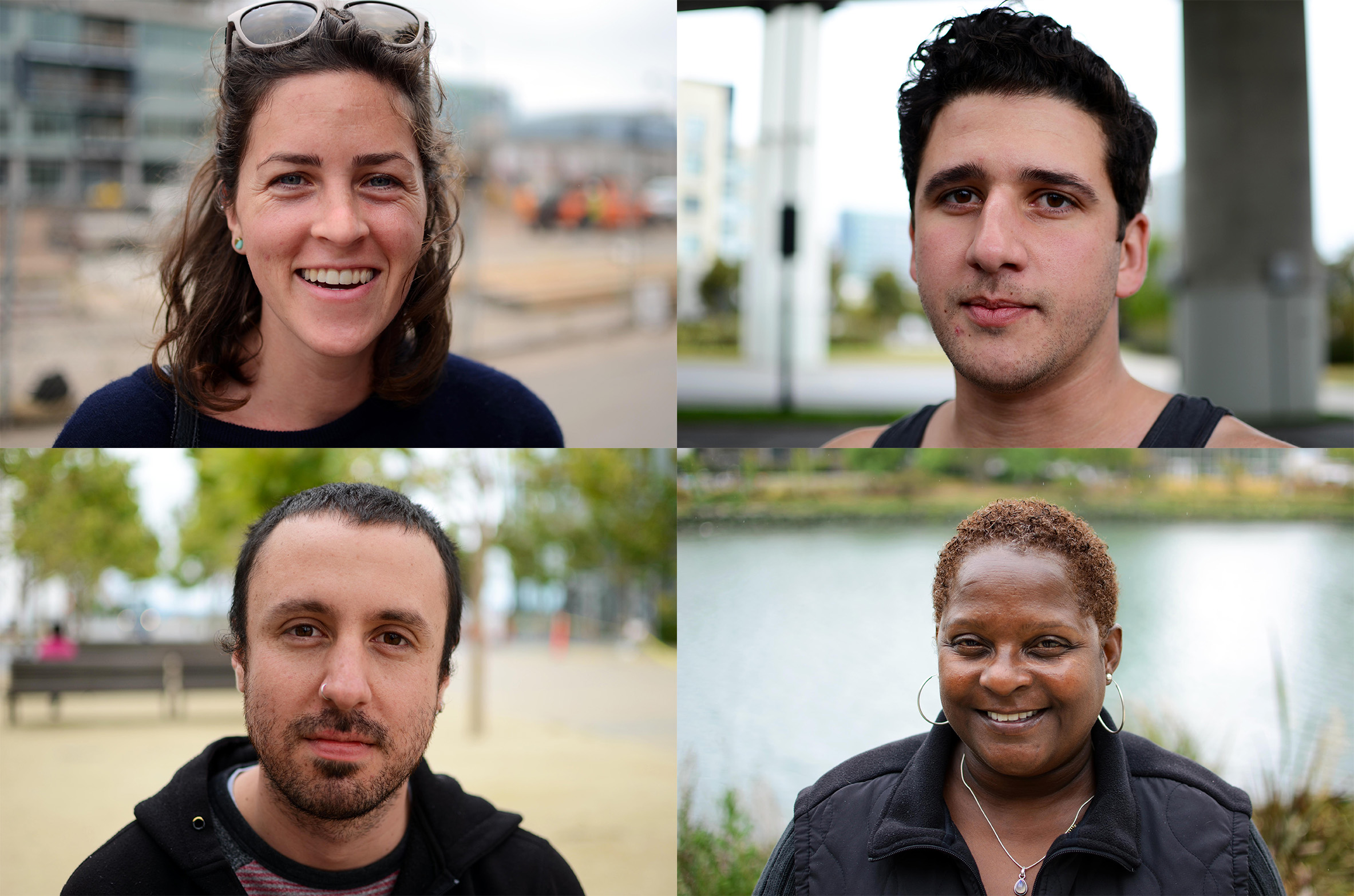 Just a few years ago, Mission Bay was sparsely populated, home to abandoned rail yards and parking lots serving AT&T Park. But now the area is coming alive with a wave of development, with new housing complexes and office buildings popping up along the waterfront.

This year the University of California, San Francisco, opened a hospital complex in the neighborhood, and the San Francisco police and fire departments relocated their headquarters a block from the bay. If approved, the $1 billion Golden State Warriors arena and mixed­use development would break ground on the neighborhood’s southern end.

But the Warriors project and other proposals may face difficulty, depending in part on the results of a study due in the fall on Mission Bay’s sea level rise vulnerability. For now, cranes and bulldozers continue their work, and residents and workers say they love the neighborhood. Few say they have any knowledge of, nor are they much concerned about, the long­ term flooding risk. Nicole Van Malder, 27, junior architect and student Van Malder is about to start studying at the California College of the Arts Mission Bay campus. She expressed concern about the shortage of public transit options and parking. “Where are all these cars going to go when the neighborhood is built?” Julian Enoch, 24, inventory management analyst at Old Navy Enoch grew up in San Francisco, but has worked in Mission Bay for less than a year. “All the stuff past AT&T Park used to be warehouses. It’s crazy,” he said. Though Enoch said he is not all that worried by sea level rise, “I probably would be concerned about flooding if I was more educated about it, to be honest.” LIVES ON THE WATER

Jack Wickert, 78, playwright and retired music teacher Wickert pays $400 a month to live in a houseboat on Mission Creek. A Mission Bay resident for 16 years (a San Franciscan for 72 years), he likes the new development, and is especially excited about the prospect of the Golden State Warriors moving in. WILL MOVE OUT EVENTUALLY

Kyle Fowler, 30, UCSF graduate student Fowler has been living in Mission Bay for 10 months in UCSF’s student housing. “It’s different, but there’s not much culture like in the Mission,” he said. He is aware of the potential of sea level rise, but plans to move long before it could affect him. “My fingers are crossed that I get to higher ground before anything happens.” Diego Garrido Ruiz, 28, Ph.D. student Garrido Ruiz, who hails from Mexico City, moved to San Francisco four years ago. He conducts research on the UCSF campus. He dislikes how expensive the neighborhood has become. He was more bothered by the idea of earthquakes than sea level rise. “Even last year when there was that storm of the century,” he said, “I wasn’t very concerned.” Grace Wang, 26, student at UCSF Wang moved to Mission Bay from Orange County in late spring. “This part of the neighborhood is pretty cool,” she said, adding that the campus gets quiet on weekends. “I can tell it’s developing a lot.” She is not worried about sea level rise right now, but sees it as a concern in the long term. Mikael Palner, 45, postdoctoral research fellow at Stanford Palner has been living in Mission Bay for two years and is now on parental leave from Stanford. The neighborhood, Palner said, is “going to be much better when all the development is done.” He has not heard anything about potential flooding from sea level rise but wants to know more. Jamie Butler, 51 Butler lives with her 21-­year-­old son in affordable housing at Fourth and King streets. She likes the neighborhood, but wishes it had more economic diversity. “If you don’t live in affordable housing, it’s very, very expensive. I feel like they’re building a lot of apartments and stuff, but there are no jobs over here, and not a lot for kids to do.”

Caroline Cakebread is an intern with the San Francisco Public Press. She is a student at Syracuse University’s S.I. Newhouse School of Public Communications studying magazine journalism. She has worked as a writer and editor for the web team of the student run Jerk magazine, which caters to the alternative student audience at Syracuse, and will serve as the managing editor of the print magazine in the fall. She is a Napa native but currently lives in the Bay Area.

Sophie Murguia is an intern with the San Francisco Public Press. She is pursuing a B.A. in English at Amherst College, where she is the editor-in-chief of the college's newspaper, The Amherst Student.