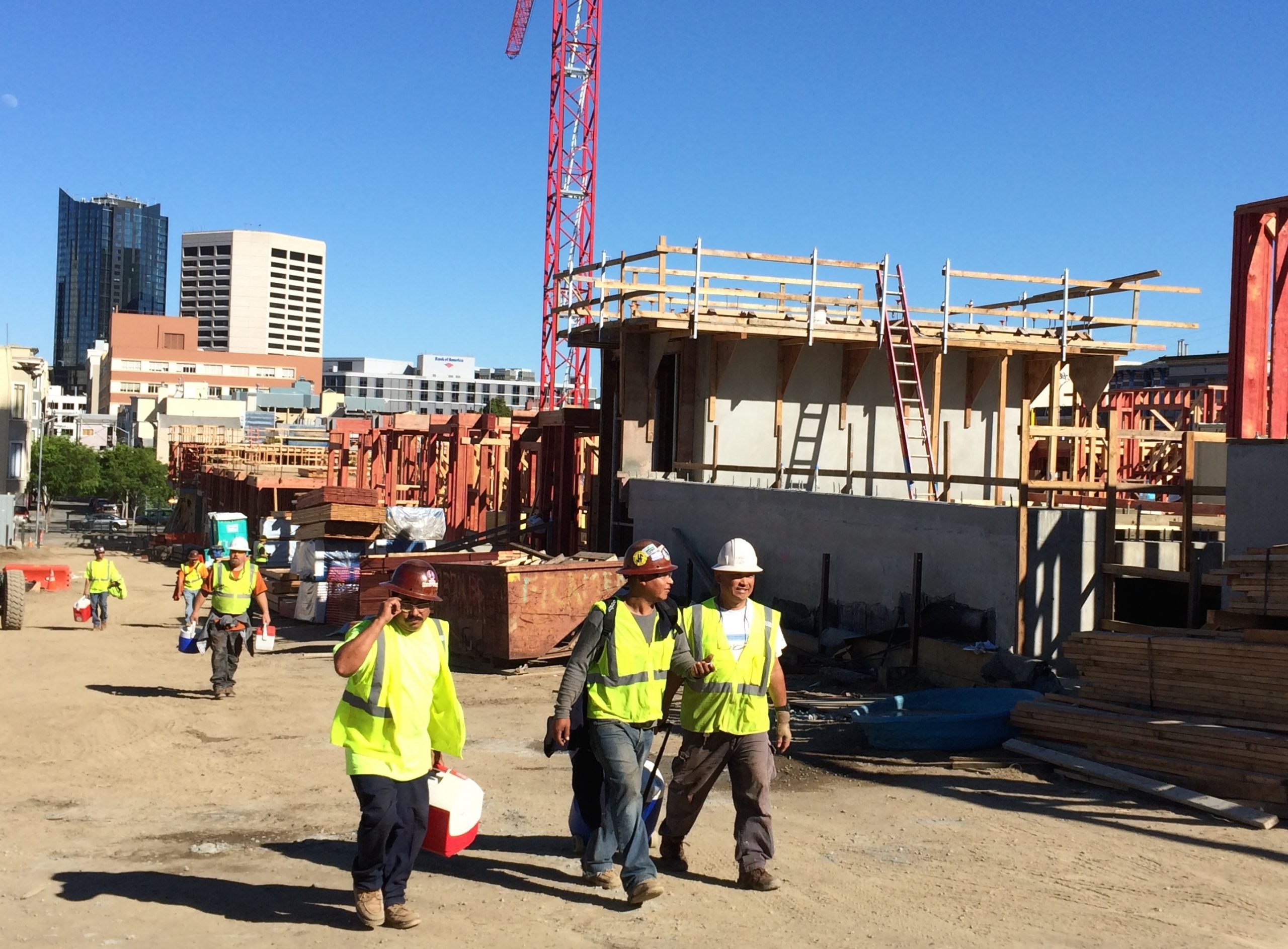 San Francisco Mayor Ed Lee’s goal of adding 30,000 units to the housing market by 2020 may not be as “ambitious” or “aggressive” as he claims. Records show that the city could hit that goal just with existing development projects and those currently under review.

An assessment by the mayor’s office shows that at least 27,000 housing units are already in the pipeline for construction. In combination with the planned refurbishing of 4,000 homes, projects now in the planning process would more than meet the mayor’s goal.

Under the current overheated real estate market, developers will continue to build as long as the local economy remains strong. They are likely to use all the permits they can in a race to cash in on skyrocketing rents. In which case Lee might be able to sit back and watch the housing roll in.

Sarah Dennis-Phillips, a planner and program manager at the city’s Office of Economic and Workforce Development, characterized Lee’s goal as “ambitious yet realistic.”

“By design, it is based on projects that have a very real possibility of moving forward,” she said.

The city’s quarterly Development Pipeline report, which tracks housing projects on their way to completion, predicts that the housing construction rebound will last for years.

In his January State of the City address, Lee said that builders needed to quicken the pace to keep up with demand. Adding supply overall, he said, would bring down housing costs across the price spectrum.

Before the speech, Lee’s staff did some quick math, counting up the apartments included in housing projects now on the books citywide. They “assumed” that between 27,094 and 28,494 housing units would be built by 2020. In response to a public records request by the Public Press, the mayor’s office shared these estimates.

Housing construction cannot happen overnight. Indeed, many of these have been on the drawing board for years. So Lee cannot precisely claim credit for all of them, since many of the permit applications were filed long before he became mayor, in 2011.

Other sources would likely put San Francisco’s housing production over the top of the 30,000 goal. City staff estimated that up to 4,000 units of “rehabilitated” public housing could be built by 2020, and that additional units not now in the pipeline could be completed. And city staff did not even factor in contributions from the massive development planned at Treasure Island, which would add roughly 2,900 units by the 2020 deadline, said Robert Beck, the project’s development director.

The city may also have lowballed its estimate for the Hunters Point Shipyard. The developer there said it would produce 3,400 new homes by 2019, or almost 1,000 units more than the city predicted.

Lee’s overall housing goal would require an average of 5,000 new units to be brought online every year through 2020. That is more than three times the annual average over the last two decades, said the John Rahaim, the city’s planning director. The closest the city came to that level of production was in 2009, when it built 3,454 units.

Lee’s goal is “very doable,” Rahaim said. He based his assessment on the large number of active projects citywide where developers have filed or received building permit applications or begun construction. The Development Pipeline lists 857 housing projects. If all of them get built, they would create more than 50,000 units of housing.

To be sure, having permits or construction plans is not the same as producing finished housing. Major projects will contribute large numbers of residential units in the long term, making them central to the city’s housing goals, said Olson Lee, director of the Mayor’s Office of Housing. But these will take years, and in some cases decades to complete, due in part to financial, legal and regulatory obstacles. The Hunters Point project is the only large development that has broken ground.

Construction at Parkmerced, in the city’s southwest corner, has been held up in litigation over its environmental impact report. Stuart Flashman, the attorney who filed the suit on behalf of the Parkmerced Action Coalition, said it could take years to resolve.

Treasure Island development can progress only as quickly as the U.S. Navy remediates toxic soil — necessarily a slow and deliberate process.

The Mission Rock and Schlage Lock projects are in the design phase, awaiting city approval.

Housing planner Dennis-Phillips said the city has approved only about half of the 30,000 units, and these projects must still overcome “permitting, constructability, financing or market challenges.”

A housing task force established by the mayor in December will attempt to streamline the construction entitlement process. Lee has charged the panel with recommending these changes by July.

“A number of process, policy and funding improvements are necessary to make sure these units go from an idea on paper to actual homes that can meet the needs of San Franciscans,” Dennis-Phillips said.

But City Hall cannot control all the forces that converged to create the economic boom and resulting housing crisis. As the 2008 recession made clear, housing in San Francisco will continue to rise only as long as local developers see the payoff in rapid construction to meet the demand.

“The building will occur if the economy remains strong,” Olson Lee said.

Want to share your ideas with Mayor Ed Lee? Hear him on Thursday addressing the innovation economy and affordability in San Francisco at the Commonwealth Club of California. And listen for a rebroadcast on local public radio stations.