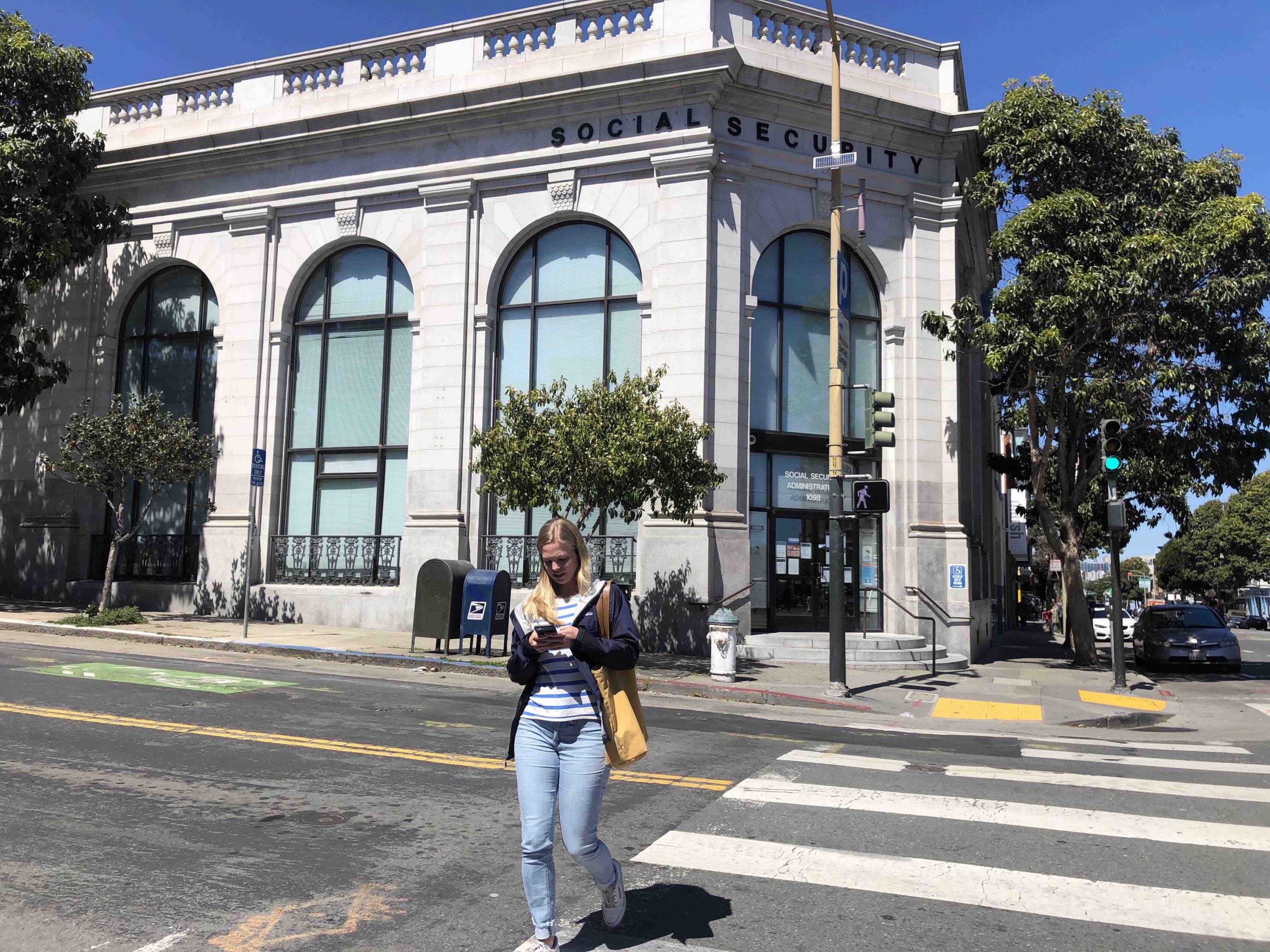 The Social Security Administration Building on Valencia Street in San Francisco is closed due to the coronavirus pandemic. Photo by Steve Rhodes / San Francisco Public Press.

At issue are “consultative examinations” required for the majority of disability claimants, theoretically to substantiate their claims. Ceasing the exams could bring processing to a halt on the tens of thousands of disability claims that are filed each week nationwide. But advocates said they have been pressing the Social Security Administration for years to abandon them, and the change could in the end be positive.

The Social Security Administration’s email to state officials, which the Public Press reviewed, said the directive was “due to CDC guidance” for responding to the COVID-19 pandemic, citing the federal Centers for Disease Control and Prevention.

Many appointments already were being canceled after the agency said March 18 that claimants’ health concerns were “good cause” for cancellation. But that put the onus on claimants, and advocates said that many states, counties and even individual social security workers were interpreting that message differently, and many appointments were held.

“The biggest concern to me is the homeless or elderly or disabled client who is standing outside of an office that’s closed, and they’re out there after taking a bus and endangering themselves,” said Steve Weiss, a managing attorney for Bay Area Legal Aid, who supervises 20 lawyers who pursue appeals in San Francisco and Alameda counties for people whose disability claims have been denied.

Regional and federal spokespeople for the Social Security Administration said they did not have the information they needed to comment on the change.

Two other Bay Area advocates for people with disabilities said the change would hurt most for people without health insurance and others, like the homeless, who already are experiencing some of the most severe impacts of the global pandemic. That’s because the exams that state officials manage are most likely to be required for people who have limited or no medical records.

Federal statistics show that between 144,000 and 209,000 people filed claims for Social Security Disability Insurance each month in 2019. Advocates said as many as two-thirds of people who file claims must undergo the exams.

It’s hard to estimate when or where this change will hit because social service agency offices are closed and because more urgent concerns are taking precedent, said Trinh Phan, a senior staff attorney in San Francisco with Justice in Aging, a national advocacy group.

“The last couple weeks across the board have been chaotic for so many reasons that everyone isn’t using all the services that they could,” Phan said. “Certain services are completely overwhelmed, but other things are more in flux because people are trying to maintain basic stability. They’re just trying to go to the grocery store. There’s incredibly immediate concerns. Everyone’s been in panic mode.”

Weiss noted that social service providers and advocates have been reaching out to claimants in a variety of ways offering medical support and legal representation for homeless and very low-income people since the local and state orders to shelter in place took effect two weeks ago. Each advocate who spoke with the Public Press said the cancellations might in the end be positive for disability claimants because consultative examinations rarely change the course of a claim.