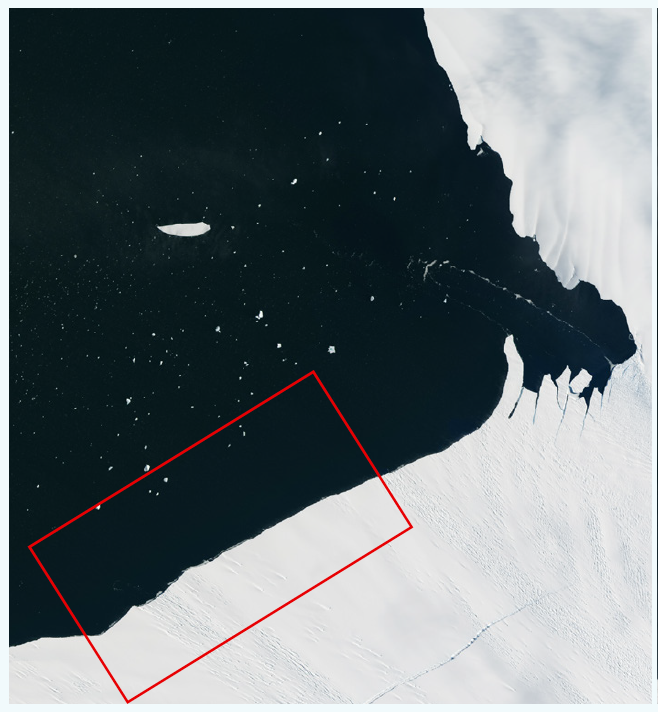 Across California, policymakers and urban planners at every level of government are struggling with how to respond to new computer models that show massive ice sheets in Antarctica on the brink of collapse.

The melting of fields of ice in West Antarctica could send sea levels to heights twice those estimated by the United Nations Intergovernmental Panel on Climate Change just a few years ago, according to new estimates published in Nature.

If the West Antarctic ice sheet melted, it would push water along North America and in San Francisco Bay far higher than the global average. The most extreme estimates suggest that sea levels could rise by more than 8 feet globally and as much as 10 feet in the Bay Area, even without a storm.

Compounding that, recently published research from the North Pole shows that melting glaciers and ice caps in Canada’s Arctic are contributing significantly to rising seas. Only Greenland holds more Arctic ice than Canada.

In January, Gov. Jerry Brown convened a scientific working group to review the latest studies. On April 12, the group issued a report that echoed those projections and warned of “the potential for extreme sea-level rise in the future, because the processes that could drive extreme Antarctic Ice Sheet retreat later in the century are different from the processes driving loss now.”

Midcentury will be the dividing line: “After 2050, sea-level rise projections increasingly depend on the trajectory of greenhouse gas emissions.”

The authors concluded their seven key findings with a warning about dithering or denial: “Waiting for scientific certainty is neither a safe nor prudent option.”

“High confidence in projections of sea-level rise over the next three decades can inform preparedness efforts, adaptation actions and hazard mitigation undertaken today, and prevent much greater losses than will occur if action is not taken,” they wrote. “Consideration of high and even extreme sea levels in decisions with implications past 2050 is needed to safeguard the people and resources of coastal California.”

That assessment will shift the target for Bay Area planners, who, after years of deliberation, had only just settled on a consensus estimate.

“We all know that’s out the window,” said Larry Goldzband, executive director of the Bay Conservation and Development Commission, the nation’s oldest coastal zone regulator.

In October, the agency began creating a baywide plan to adapt to sea level rise. In coming years, the commission plans to produce renderings, engineering designs and financing documents for a proposed fix, which is expected to cost billions of dollars. With polar ice melting faster than governmental decisionmaking generally happens, it is a race against science and time.

“We have 27 members of the Bay Conservation and Development Commission, and 13 of them are locally elected officials,” Goldzband said. “They want to see us get this done.”

San Francisco leaders are also grappling with how to protect the city from rising waters. Their strategy has been informed by the work of David Behar, director of the climate program at the San Francisco Public Utilities Commission. He is following the research closely.

“When it comes to sea level rise, what happens in Greenland and the Antarctic are the biggest uncertainties,” he said.

But for now, despite new research, he is not recommending any changes to city policy.

“We cannot change our guidelines every time a new article comes out,” said Behar, who chairs the city’s Sea Level Rise Committee. “Otherwise we’d be changing our targets every few weeks.”

Behar does not believe the latest projections have reached a scientific consensus, and he is looking for other model-based studies that confirm the conclusions in the Nature paper.

“The question we are asking ourselves is, is this actionable science? The jury is still out on that,” he said.

In 2015, San Francisco Mayor Ed Lee asked all city departments to prepare the waterfront and public facilities for the threats posed by climate change. What emerged was a sea level rise plan billed as a “call to action.” By next year, San Francisco is expected to produce a list of project investments “to best improve climate resilience” with potential funding sources.

The city based its plan on research on the effects of climate change on the West Coast conducted in 2012 by the National Research Council. The study predicted that the rise in ocean levels would accelerate later this century, inundating thousands of acres of shoreline. Under what Behar said is the “most likely” scenario, water could rise by some 3 feet by 2100. The model also included an upper range where the bay could rise by 4.6 feet, a worst-case scenario in which greenhouse-gas emissions continue unabated, raising the temperatures of the atmosphere and the seas. Add to that 3.4 feet of surging water and the total rise could hit 8 feet during a bad storm.

But the new research in Nature shows how rising greenhouse-gas emissions could melt the Antarctic ice sheet, contributing several feet of sea level rise independently. The models were based on studies of how high global sea level was during warm periods in the distant past, and simulations showing how rising temperatures can splinter ice sheets and force massive chunks to calve off.

This research, conducted by geoscientists Robert DeConto and David Pollard, was included in a new report released by the National Oceanic and Atmospheric Administration, which included runaway projections for the San Francisco Bay Area.

The ice sheets in the Antarctic are massive. If all the ice were to melt, the mass of water that enters the oceans could disrupt the Earth’s gravitational field and rotation, magnifying sea level rise off North America, according to Rutgers University’s Robert Kopp, an author of the NOAA report.

“The consequence of the gravitational changes is that you have a sea level fall near the ice sheet and a greater than global sea level rise far away from it,” he said.

Another scientist scrutinizing the latest research is Gary Griggs, director of the Institute of Marine Sciences at the University of California, Santa Cruz, and a member of the governor’s working group. The potential for sea level rise is “enormous,” he said. The oceans are warming and that warm water is getting onto the ice shelves and melting them from above. At the same time, the water levels are rising and pushing the ice up.

“There are these massive ice sheets — glaciers that are coming down to the coast,” he said. “They’re being buttressed by these big ice shelves.”

The NOAA analysis was released on the last day of Barack Obama’s presidency at a moment when, fearful that the Trump administration would destroy key data or make it inaccessible, federal climate scientists were scrambling to store climate data on safe servers. Oceanographer William Sweet, a co-author of the NOAA report, told The Washington Post that the scenarios provide “communities a better sense of what the future might hold with continued sea level rise so they can plan accordingly and have better insights and make smart decisions about how they want to plan for the future.”