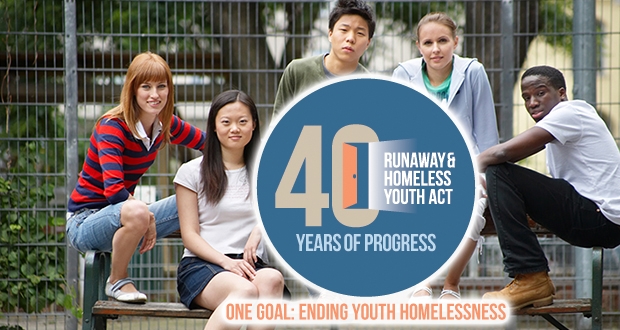 In 1974, Congress passed what would become the Runaway and Homeless Youth Act.

1974: Congress passes what would later be called the Runaway and Homeless Youth Act. This law changes the national approach to helping at-risk youths and paves the way for programs that serve homeless youths, including emergency shelters, street outreach and long-term supportive housing.

1984: Larkin Street Youth Services opens in San Francisco. Larkin Street has been on the forefront of San Francisco’s effort to end youth homelessness. It runs a large percentage of existing housing programs and offers a myriad of services, including outreach, shelter, housing, health, wellness, education and employment. It is the largest service provider for homeless youths in San Francisco, serving those 12 to 24 years old.

2006: Mayor Gavin Newsom creates a task force on “transitional age youth,” those between 18 and 24. Newsom assembles service providers, youths, city advocates and funders to develop a housing plan and set a goal of building 400 housing units for this age group by 2015. (As of June 2017, only 188 units were completed, and 94 under construction.)

2008: Congress reauthorizes Runaway and Homeless Youth Act. This law has been reauthorized several times since 1974. In the 2008 version, Congress directs the U.S. Department of Health and Human Services to develop an estimate of the number of runaway and homeless youths nationwide.

2010: The United States Interagency Council on Homelessness creates Opening Doors, the first comprehensive national strategy to end homelessness in the United States. The strategy focuses on four demographics experiencing homelessness — youths, families, veterans and the chronically homeless — and sets goals for each group, including ending youth homelessness by 2020. In the process of creating Opening Doors, the council conducts listening sessions with service providers and stakeholders all over the country to narrow down which groups to focus on and how best to serve them.

2013: Cities conduct the first biennial Point-in-Time Count for youths. The nationwide Homeless Unique Youth Count and Survey is conducted on one night in late January every two years, alongside the larger count that assesses the adult homeless population. The 2013 survey finds 1,902 unaccompanied youths in San Francisco: 134 under age 18, and 1,768 transitional age youths, 18 to 24.

2016: Congress appropriates funding in June, designated by the 2008 reauthorization of the Runaway and Homeless Youth Act, and HUD grants research funding for the Chapin Hall project.

2017: San Francisco wins a $2.9 million grant in January for a demonstration project and begins the process of creating a community plan to end youth homelessness. The city assembles service providers, government agencies and currently or formerly homeless youths to draft the plan, which includes citywide efforts to house homeless youths.

2017: City conducts third Homeless Unique Youth Count and Survey in late January and finds 1,363 unaccompanied youths. Of those, 104 are children and 1,259 are transitional age.

2017: Lee’s office earmarks $1.54 million for homeless youths in the June budget. Given the fact that youths make up around 20 percent of San Francisco’s homeless population, the mayor and Supervisor Jeff Sheehy include money to help young people get off the streets as part of their new two-year budget plan. The majority of these funds would go toward housing youths.

2017: The Department of Homelessness and Supportive Housing sends HUD its community plan in July to end youth homelessness. Once approved, the department will solicit project proposals, which could potentially include host homes.

2017: Results of Chapin Hall’s Voices of Youth project are expected to be published in late fall or early winter.