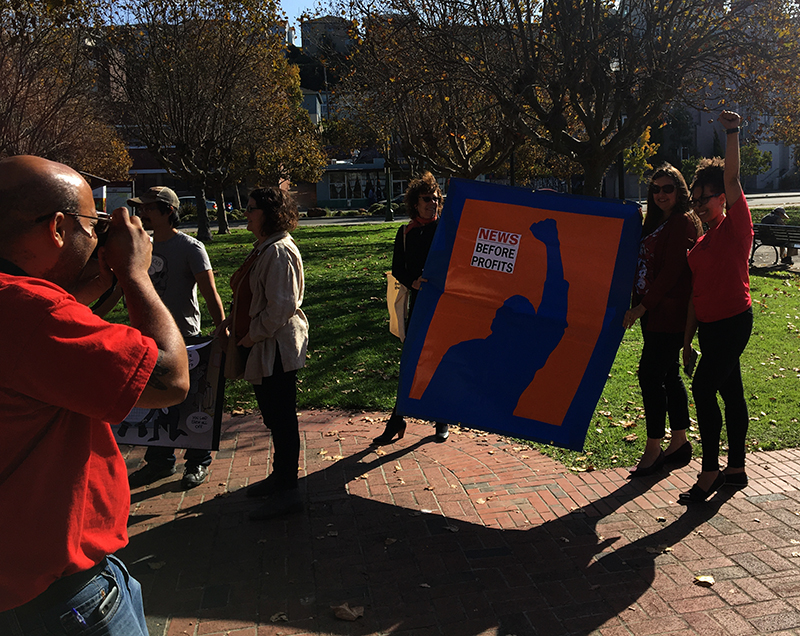 Journalists at several Bay Area newspapers are in contract negotiations with their employers, which are publications owned by a hedge fund that has a reputation for taking over and gutting newspapers around the country in order to increase profits. Reporters and labor organizers in the media industry rallied in Oakland on Tuesday, Nov. 19, to call attention to the practices of the hedge fund, Alden Global Capital. Julie Reynolds, an investigative reporter who once worked for an Alden-owned publication and has since reported extensively on the firm, says the institution of journalism is being undermined by hedge funds.