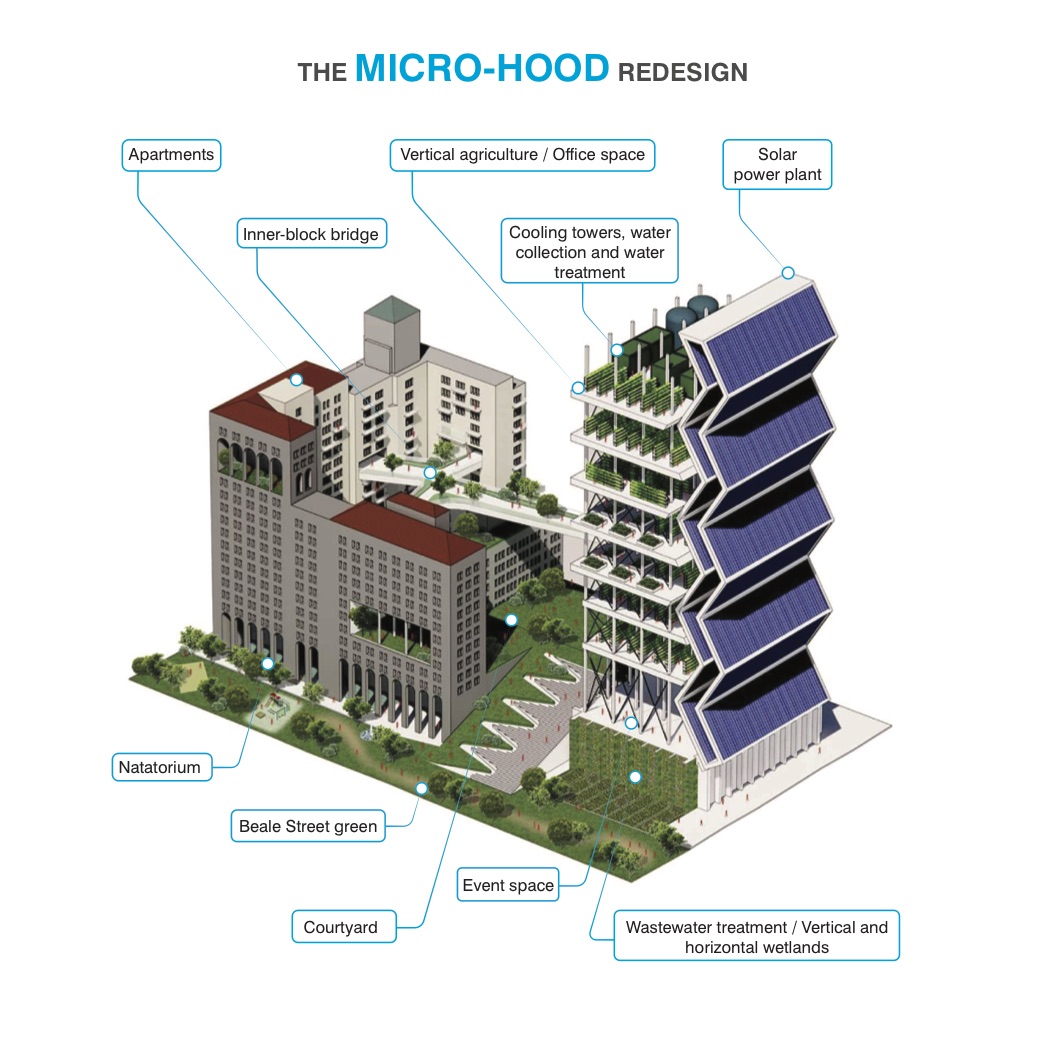 Before the COVID-19 pandemic, the demand for space in San Francisco’s office towers seemed insatiable. But with no end to the pandemic in sight and the prospect that many employers will allow their people to continue to work from home after the crisis, it’s possible that at least some of those gleaming office towers will empty out.

As they sheltered in place in North Beach, architects Elizabeth Ranieri and Byron Kuth wondered what could be done with all of that vertical real estate.

They looked at two blocks of buildings bounded by Beale, Main, Market and Mission streets where Pacific Gas and Electric is scheduled to move out of one of the largest buildings. Ranieri said they realized that the entire two blocks could become a self-sustaining village.

“This is potentially the building stock that’s needed because it’s quite diverse,” she said. “Everything from the 1970’s tower to the historic buildings on Market Street that would be very well suited for repurposing for housing. So within one mega block, we began to recognize the potential for a number of retrofits, both in energy and agricultural production.”

Under the plan, Beale Street would become a park, and the tower on the south end would support several stories of solar panels to power homes built in former office space. A vertical farm in a highrise and a self-contained wastewater treatment plant would also be included.

“The idea is trying to weave together ecology and urban life,” Kuth said. “We call them eco identity districts, which is to say that they represent a new kind of sensibility, a new generation, a new way of thinking about the city.”

Ranieri said she does not see eco identity districts as places for the wealthy alone: “There’s different kinds of public spaces that are intergenerational, are more focused on kids and are more focused on the elderly. It’s a real heterotopic idea of a neighborhood that’s inclusive and open. In a way that is forward thinking, maybe utopian in a sense. The potential that resources are shared, that there’s shared responsibility for those resources, that it operates like a very positive and healthy urban environment.”

You can learn more about the plan from and Kuth Ranieri Architects here.