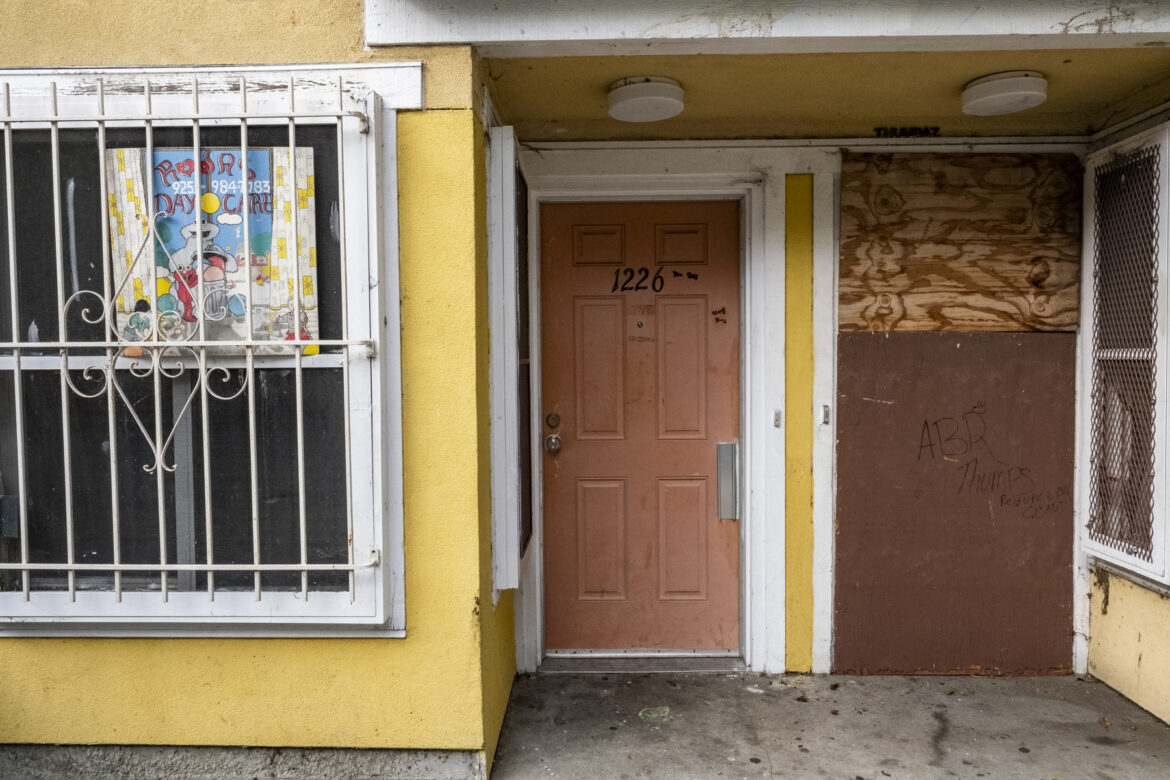 The U.S. Department of Housing and Urban Development denied an application to raze and rebuild San Francisco's Plaza East Apartments. Supervisor Dean Preston has called for a hearing into what he describes as “uninhabitable living conditions” at the public housing complex in the Western Addition.

HUD’s decision will put more pressure on the Housing Authority, the city and the developer, McCormack Baron Salazar, to find money for much-needed repairs at Plaza East. That pressure was already rising on Tuesday, when Supervisor Dean Preston, whose district includes Plaza East, called for a hearing to address the unsafe living conditions at the complex, citing a story the Public Press published last week.

For years, Plaza East residents have complained to the developer and the city about leaking pipes, rotting floors, electrical fires and pests. In a letter to HUD last fall, McCormack Baron Salazar acknowledged that Plaza East has “a large backlog of deferred maintenance,” and argued that rebuilding would be the best way to improve living conditions.

In November, the Housing Authority approved a proposal by the St. Louis-based firm to tear down and rebuild Plaza East. McCormack Baron Salazar built the complex in 2001 for $43.2 million, including $20.2 million in federal funds. The company also manages the property.

“That’s pretty big,” Williams said. “They shouldn’t be getting rewarded with another contract when the community is being mistreated.”

HUD requires demolition applications to demonstrate that the cost of repairs exceeds 57.14% of the cost of rebuilding. HUD regularly publishes estimated construction costs in different housing markets. The agency then uses those estimates to determine if a property qualifies for demolition.

“Given the information provided, the threshold has not been met,” said Trevor Auser, the division director of HUD’s Region IX Office of Public Housing.

Creative Housing Solutions, a private consultant hired by McCormack Baron Salazar, estimated that the needed repairs would cost $42.2 million, or 65% of the redevelopment cost at Plaza East.

“What HUD determined is that that was not accurate,” Auser said.

After reviewing the demolition application, HUD determined that the qualifying rehabilitation costs would be $25.7 million, or 39.6% of total development cost. HUD engineers found that the application included ineligible expenses and repairs or replacement for items that are not broken.

It is not uncommon, Auser said, for there to be a difference in the rehabilitation costs estimated in an application and HUD’s assessment.

Adhi Nagraj, senior vice president and director of development at McCormack Baron Salazar, said in an interview last month that dwindling federal funding has left the property without enough funding for maintenance and repairs.

“The subsidies that are we receiving have not kept up with those needs,” Nagraj said.

McCormack Baron Salazar did not respond by publication time to a request for comment.

A spokesperson for the Mayor’s Office of Housing and Community Development said last month that the office was preparing a loan request to send to the Citywide Affordable Housing Loan Committee to help fund repairs at Plaza East.

The mayor’s office did not respond to a request for comment.

A need for oversight

McCormack Baron Salazar had planned to rebuild the existing 193 units of public housing and add more affordable and market-rate apartments, which would generate more income. Its proposal called for as many as 550 units on the 3.6-acre site.

The San Francisco Housing Authority can apply for different federal funding programs to address the needed repairs at  Plaza East. The agency could also submit another demolition application, but that would require demonstrating that the cost of repairs meets HUD requirements.

“It seems unlikely that right now you could somehow resubmit and go past the threshold,” Auser said.

The Housing Authority acknowledged the denial from HUD, but did not provide comment.

At Tuesday’s Board of Supervisors meeting, Preston demanded to know why, despite tenant complaints, conditions have not improved.

“There needs to be immediate action to address the uninhabitable conditions that residents are experiencing,” Supervisor Preston told the San Francisco Public Press. “Clearly, oversight and intervention is needed here.”

Preston wants supervisors to hear from McCormack Baron Salazar, the San Francisco Housing Authority, the Mayor’s Office of Housing and Community Development, and the Department of Building Inspection, as well as Plaza East tenants.

The Board has not assigned a committee to hold the hearing or set a date for it. Housing advocates say attention from the city is long overdue.