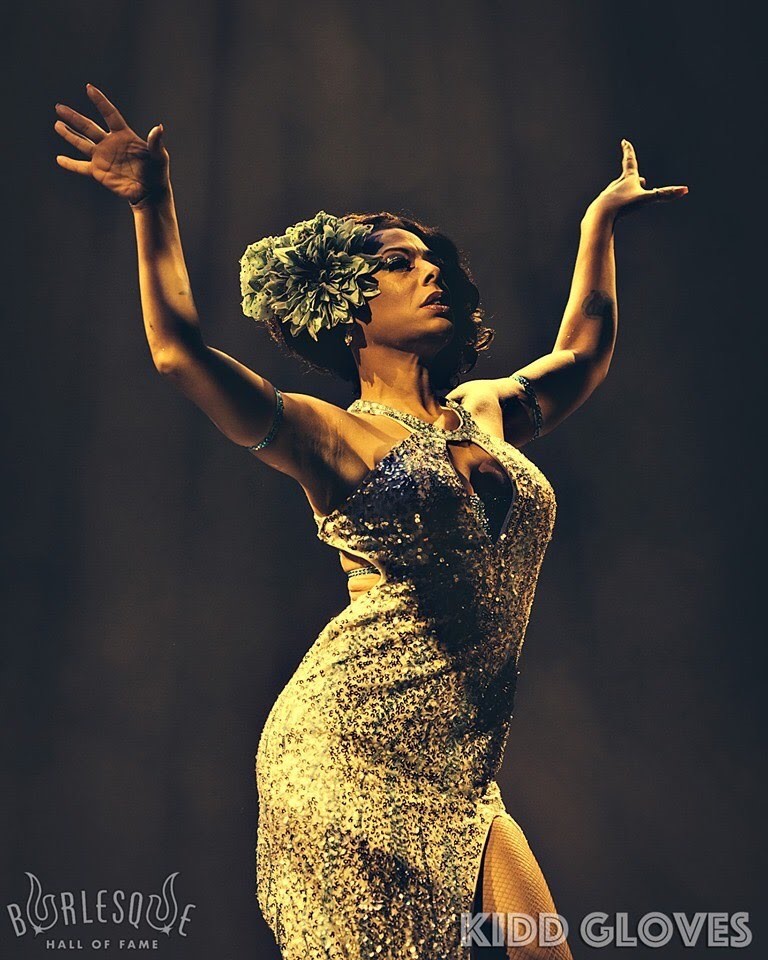 Burlesque performer RedBone was planning to work an in-person New Year’s Eve party in the Tenderloin to help her stay financially afloat. The party was canceled after the venue was critiqued for potentially violating a new city shelter-in-place order.

No fireworks, no parties on the beach, no Golden Gate Park light displays. How is a San Franciscan wanting to celebrate the end of this murderous, soul-sucking pandemic year supposed to have any fun?

You could attend any one of numerous live-streamed events, from comedy shows to live music to bell-ringing ceremonies to vaudeville cabaret shows.

Or, for a brief period, there was the opportunity to drop $100 for an in-person, three-course meal complete with burlesque and drag queen show in the Tenderloin. Except that event was canceled, after followers of the bar where it was slated to be held — outdoors — alerted local media (including the Public Press), who pointed out that it would have violated local public health guidelines banning restaurant dining and gatherings during a spike in COVID-19 cases.

But some service industry workers are so hard up for cash they were willing to take the heat. Bar staff and performers who would have worked the party said the event would have provided sorely needed income in the wake of the city’s move to shutter onsite dining and bars.

Enano hasn’t worked since 620 Jones closed its doors with the stay-at-home order issued Dec. 6. She relies on unemployment benefits and what her husband makes from a part-time Costco job to feed them and their 3-year-old daughter. She also recently applied for food stamps and the federal  nutritional support program for mothers and children, WIC.

Though Enano wasn’t planning to work the party — her daughter is immune-compromised and she didn’t want to take any chances — she worries about colleagues who were counting on it. She’s especially concerned about her undocumented immigrant friends in the industry who are ineligible for support and have only their savings to live on.

“In these dark times, I have a lot of friends who are succumbing to dark thoughts and alcoholism and drug abuse,” she said. “I think that them not having a job is a huge factor in that.”

Employment in the leisure and hospitality industry in San Francisco and San Mateo counties shrank nearly 33% in the year ending November 2020, according to a preliminary report from California’s Employment Development Department. Bar, restaurant and hotel workers make up nearly a third of rent-assistance recipients under a city program.

The purpose of the New Year’s Eve event was to “get our staff hours and generate some cash flow to pay them,” said 620 Jones owner, Peter Glikshtern.

The city has introduced millions of dollars in emergency funding for small businesses and service workers through the pandemic. For many business owners, it has not been enough.

In October, the city announced $1.6 million in grants through the SF Shines Program to help restaurateurs build outdoor dining platforms. A city survey of 1,600 local small business owners found the vast majority were reliant on such outdoor spaces to survive, according to a San Francisco Chronicle report.

But the latest stay-at-home order banned the use of those platforms and left many workers jobless as bars that did not serve food were forced to shut down and restaurants that couldn’t survive on take-out alone closed their doors.

“I feel like the industry got abandoned,” Enano said.

Some experts skeptical of lockdowns

The shutdown of outdoor dining has divided public health experts and been called an arbitrary measure by business owners.

As long as it is done safely, “there is no evidence that outdoor dining was driving the risk in California,” said Dr. Monica Gandhi, an infectious disease expert from the University of California, San Francisco.

A vocal critic of lockdowns that prohibit outdoor dining, Gandhi said the measures ignore the impacts of unemployment on poor and working-class families. While studies show that outdoor transmission happens, she said it is rare, and that there is little evidence to suggest outdoor dining has contributed to the spread of coronavirus.

Although a party full of boozed up revelers could lead to decreased inhibitions and unsafe socializing, “It’s very understandable that people who are living on the edge of economic security do anything they can to make a living,” she said.

RedBone, a burlesque dancer who was scheduled to perform at the 620 Jones party, worked as a producer for several burlesque shows at local clubs and traveled the globe to perform before the pandemic began. This year, she transitioned to online work and applied for unemployment and food stamps.

“You plan and work at something for so long and all of a sudden it’s just gone,” she said of the work she’s lost. “I was really heartbroken.”

She was prepared to be safe when she performed at the party. “I had my sanitizer on-hand, I had a clear face shield as well as a mask,” she said. “I was going to be PPE’d up.” She also planned to quarantine after the event.

RedBone understands that some would be upset to hear about a party that violated public health guidelines, but she needed the work, she needed to see her loved ones and she believed that an opportunity to gather, outdoors and socially distanced, was important for everyone’s mental health.

“There’s so many people just trying to do their best,” she said. “But I do think that we are at another breaking point.”