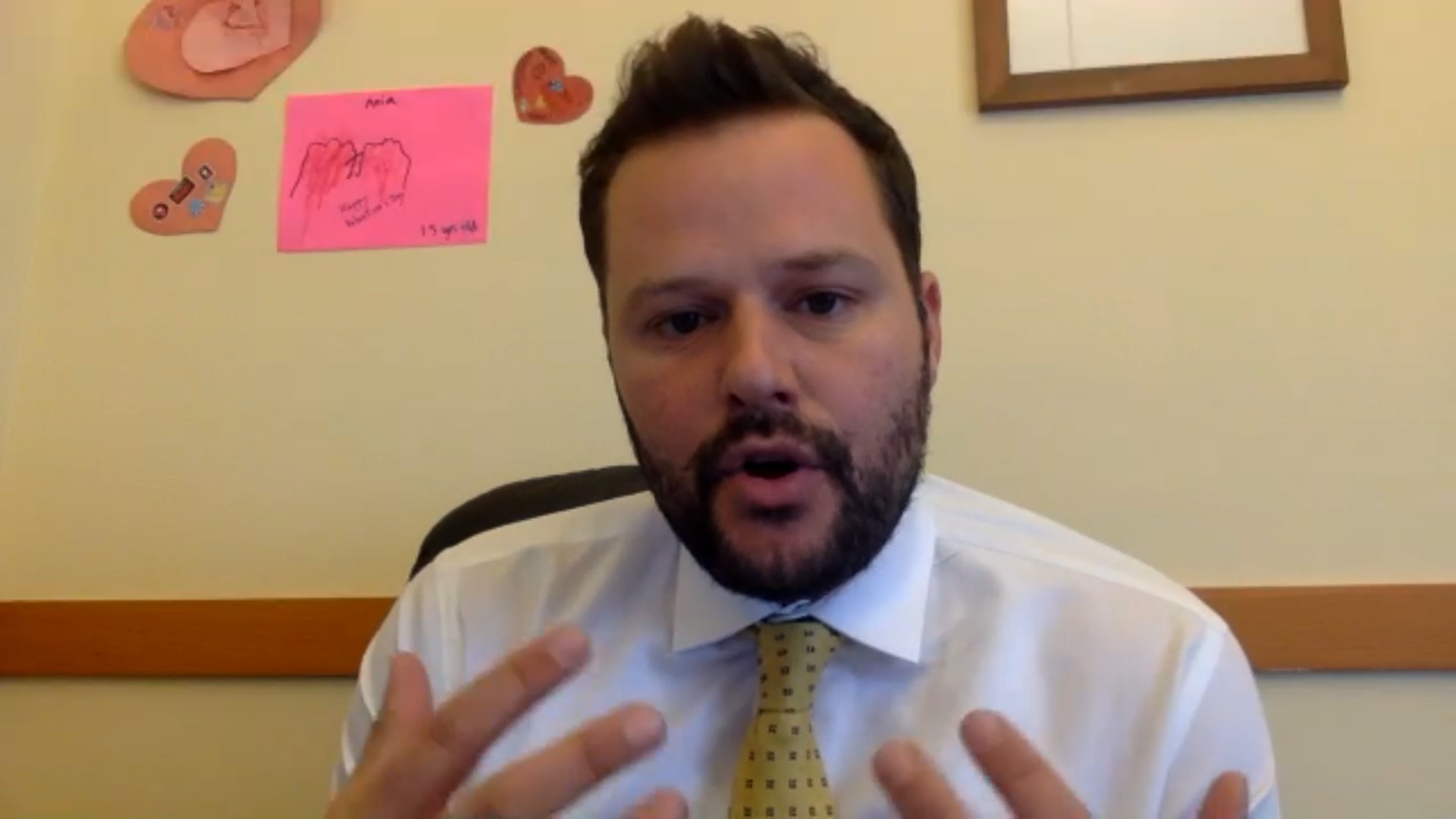 Brian Howey, Reporter |
LikeTweet EmailPrint More
A coalition of San Francisco’s progressive politicians Monday announced plans to place homeless people in hotel rooms by the thousands. Less than an hour later, city agencies, under the direction of Mayor London Breed, emphasized the need to thin out shelters by allowing homeless people to stay on the streets.

The dueling narratives reflect a divide over not just how the city should care for its homeless population during the COVID-19 crisis, but also what kind of policies and financial support it should commit to for the longer term. If all homeless residents are moved to hotel rooms now, it’s unclear how long they would stay and what the process would be for moving them out eventually.

The five San Francisco supervisors advocating that the city move homeless people into hotel rooms from the street or shelters say the need is immediate. “We kept saying, this doesn’t make sense to us,” said District Nine Supervisor Hillary Ronen, reacting to the Human Services Agency’s announcement last week that it would expand homeless shelters and other settings where multiple people share common areas. “Congregate living situations are among the most dangerous situations to be in.”

In their press conference, the five supervisors said the city’s Department of Homelessness and Supportive Housing and the Human Services Agency had agreed with their plan. But shortly afterward at a press event with the mayor, Trent Rhorer, the director of the Human Services Agency, seemed to contradict that statement. He cited guidance from federal health officials that moving the homeless into congregate settings could hasten the spread of the virus. Rhorer said that meant leaving the homeless on the streets leaves them better off.

“Once again, Trent Rhorer is not following the experts,” Ronen said in a follow-up email Monday afternoon. “The CDC guidelines say if housing isn’t available, then leave unsheltered residents in tents.”

Housing is available, the progressives say. District Five Supervisor Dean Preston said that, though not all of the supervisors were in agreement, the five supervisors were pushing for a rapid policy change because “time is of the essence.”

“We need to find private rooms for those folks as quickly as possible, not just to house those folks, but to thin out the shelter population so that those who are still in shelters can have safe social distancing,” Preston said. The plan will be introduced in the form of a resolution Tuesday, and the supervisors hope for full cooperation from city departments.

The group will need at least one other vote to reach the threshold for passage by the 11-member Board of Supervisors. “I think we will have no problem getting the votes,” Haney said.

Board President Norman Yee, who was not part of the group holding the press conference, wrote in an email that he had been “strongly supporting” the city’s efforts to secure hotel rooms for homeless residents, both on the streets and in shelters. He said the city “has already secured thousands of hotel rooms for this purpose as well as for the purpose of housing our first responders who are essential at this time. We’re going to keep on working as a whole City on this critical need.”

Rhorer’s statements came in a separate press conference on Monday, after the supervisors’. Rhorer ignored their calls to move people into hotel rooms, instead saying the city was working to follow the direction of the Centers for Disease Control and Prevention. “The CDC protocols do not state that individuals from the street should be brought indoors,” he said, adding that local officials were also directed not to “bring encampments inside where they can infect others.”

“The guidance is very clear, we should be dispatching teams to ensure proper social distancing in our encampments, ensure that proper hygiene is adhered to,” Rhorer said. “If we need to bring hygiene stations out to our streets, we will do that. They talk about tents and enforcing quarantine in tents on the street; should we need to do that we will.”

His agency’s top priority in terms of housing for the homeless will be finding locations for homeless people who are in hospitals and don’t need to be there, but do need to be quarantined, Rhorer said. He was in effect doubling down on his announcement on March 16 that hotel rooms would be reserved for frontline health workers, plus homeless people who have or are most vulnerable to the virus.

After the mayor’s press conference, District Six Supervisor Matt Haney wrote in a Twitter direct message that the Human Services Agency had not agreed to the supervisors’ plan to house the homeless in hotel rooms. “We’re going to keep using every power and influence we have to get them to see that it’s the right and necessary thing to do right now,” Haney said.

Experts have questioned the city’s plans to expand shelter services during the coronavirus crisis due to the tight conditions inherent to those settings that make social distancing nearly impossible. Over the weekend, supervisors consulted with public health experts, most of whom agreed that keeping homeless people in shelters was a poor choice, Ronen said.

Meanwhile, 31 hotels offered about 8,500 rooms for the city to use for quarantining frontline workers and homeless people, Ronen said. While many of them will be set aside for the likes of paramedics and medical staff, most of those rooms will be reserved for the most vulnerable of the homeless population: people over the age of 65, those with underlying health conditions and those who have tested positive for or been exposed to coronavirus.

“We believe that, just like you and I, they should have an opportunity to shelter in place,” Ronen said. “We should for once in our lives do the right thing.”

The 8,500 rooms haven’t been secured yet, but Haney said the supervisors were working on their own to complete negotiations with some of those hotels on Monday, securing a minimum of 20 hotel rooms for Tuesday and an additional 40 by the end of the week. They were doing this despite the lack of an official city policy, they said.

Under shelter-in-place regulations, hotels have experienced a steep decline in reservations, he said. Only 5% of local rooms are occupied, leaving more than 40,000 vacant. Supervisors anticipate that the city could need even more rooms.

When asked about rules governing the hotel rooms, such as how long people would be allowed to stay, District 10 Supervisor Shamann Walton said those details were still being worked out, but that people will likely stay in the rooms “for the duration” of the public health emergency.

The next step will be to provide hotel rooms for healthy, younger homeless people to slow the spread of the virus, Ronen said. “If we don’t make progress on this, we have the ability as the lawmakers to make this a requirement,” she said. “We’re hoping we don’t have to.”