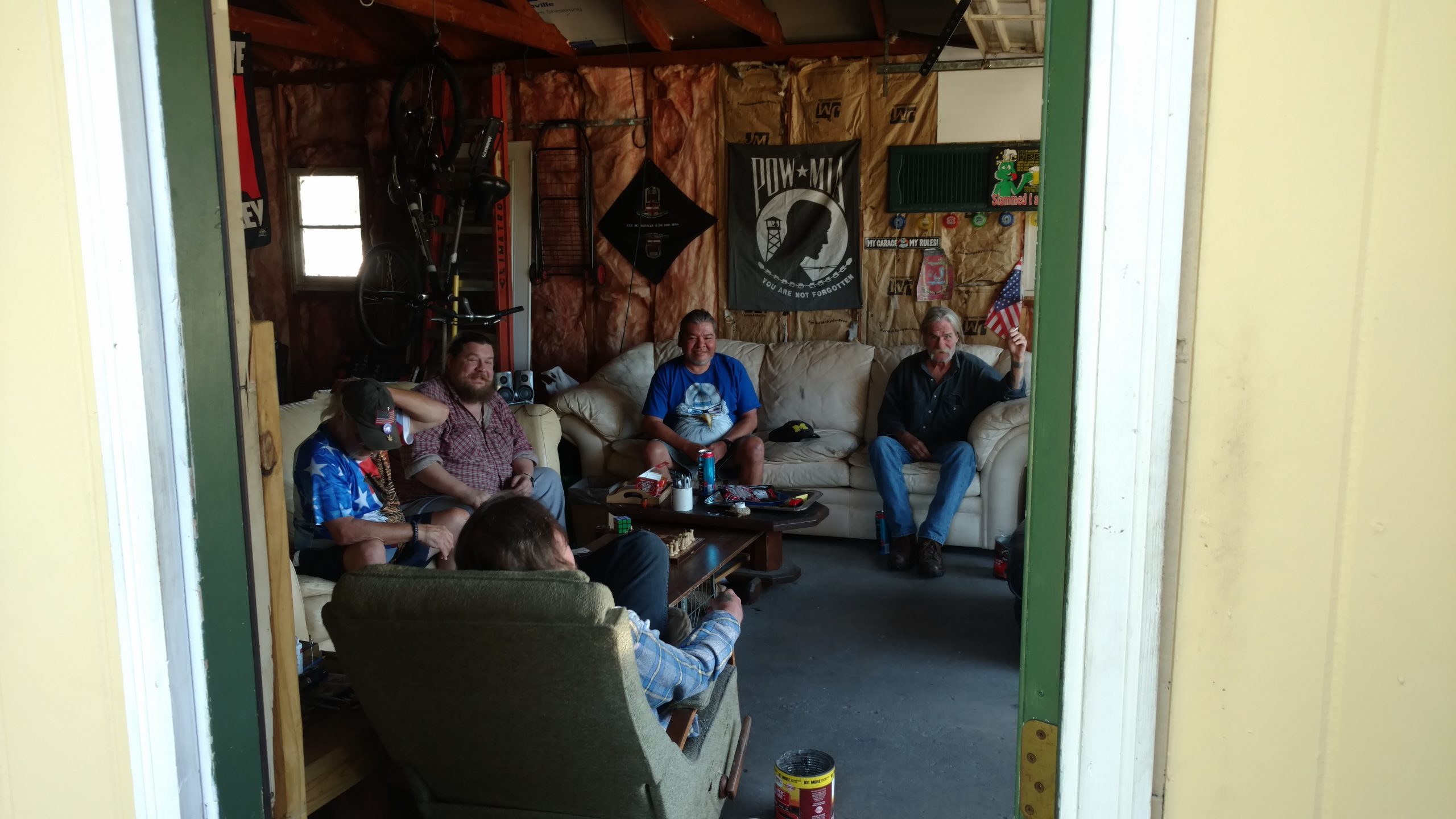 Harm Reduction and Supportive Housing in a Small Michigan City

The garage door is wide open. There’s a Bob Marley poster on the wall, a chessboard on the coffee table, two open cans of beer and a couple of worn leather couches. Medicinal pot smoke hangs in the air. Overall, the place looks just like the garage millions of American teenagers hang out in with their friends.

But there are no teenagers here at Dann’s House. This room is full of formerly homeless alcoholics, the faces of harm reduction and housing first on the shores of Lake Michigan. And everything seems to be working well.

“It feels like home,” said Doug Wilson, one of the first residents when Dann’s House opened in 2014. “They take care of us, make sure we make our appointments. Go to other places, make sure we have food in the house.”

And drinks. This summer morning, like every day, the case manager went on a beer run around 9 a.m.

Consumption down, health up

Set back from a busy road on the outskirts of Traverse City, Michigan, the four-bedroom Dann’s House provides supportive housing to eight alcoholic homeless men. Unlike most housing for the homeless, there’s no expectation that residents will stop drinking, even on-site.

“What you’ll find in this harm-reduction environment is that, eventually, spontaneous consumption goes down and health goes up,” said case manager Ralph Hall.

Research on similar facilities — controversially known as “wet housing” — has found positive outcomes, and that residents’ alcohol consumption actually decreases. And the same is true here.

“It’s wonderful. It saved my damn life,” said 61-year old Brian Dudley. He used to drink a pint of hard liquor and a case of beer every day. Nowadays, a 12-pack will last him two days.

“Traverse City in the wintertime gets very, very cold,” he said. “Some homeless people die, and I was almost one of them. Probably would’ve fell in one of the lakes or rivers.”

“I would have died out there another six months or so,” added David Whitney, who said he used to down a half-gallon of hard liquor a day. “Now I drink two or three beers a day and I’m fine with that.”

On the streets, residents said, there’s pressure to drink quickly, so you won’t have to share or get caught by police. At Dann’s House, “You can just chill and drink a cup of coffee instead of having to chase around whatever you chase around on the street,” said Glynn Butler, who moved in during the summer.

There are rules, but very few: No violence, no illegal activities, no smoking indoors, and no sharing of hard liquor, a prohibition developed by the residents themselves. There’s also an unwritten expectation that residents will see medical and mental health professionals.

She estimated that a third of the residents have gone on to independent or permanent housing.

Need Is Great Even in Small Town

Ryan Hannon, street outreach coordinator for Goodwill Industries of Northern Michigan, said that until Dann’s House opened, there were no housing options for people who weren’t ready to go sober. Having a stable location has made it easier for him to help clients with appointments, keep their documents from getting lost, and access other housing options.

“It’s a place where they can stay that’s safe, easy to find people, and really it’s more efficient to work with folks,” Hannon said.

With fewer than five paid staff and a handful of volunteers, Dann’s House’s budget is only $100,000 a year, McCarthy said. If residents have any income, such as disability, Social Security, or veterans benefits, they must pay some amount of rent, calculated using HUD’s guidelines. A $35,000 startup grant came from Michigan’s Department of Community Health; since then the rest has come from individuals, foundations and local Native American tribes.

“For the return that we’re getting, it’s really a remarkable return on investment,” she said.

“These are people who have historically used a disproportionate amount of community resources,” McCarthy said. “They’re not being picked up by the police anymore. They are not going to the emergency room for alcoholic-related issues anymore.”

Besides expanding the capacity of Dann’s House, the city’s next major step is opening a similar house for women.

“Every town of any size should have this option,” said Dann’s House resident Patrick McConnell.

“I just recently got out of a treatment center,” he added. “Would I have done that while I was living on the street? Probably not.”