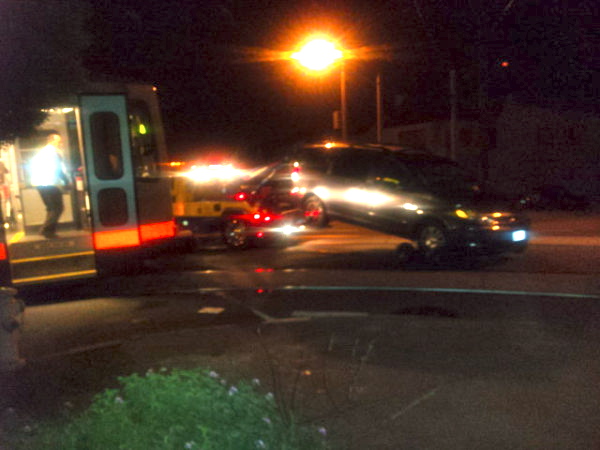 An L-Taraval train is blocked by a double-parked car on Taraval Street and 15th Avenue. Photo by Rachelle Gines via Twitter.

Double-parkers, vehicles obstructing traffic and bicyclists who ride on the sidewalks are all facing hefty increases in fines after the San Francisco Municipal Transportation Agency’s board of directors approved the boosts on Tuesday.

Currently fines for vehicles obstructing traffic and riding a bicycle on the sidewalk is $50, while a fine for double-parking is $80. All three fines will increase to $100.

The proposed increase was brought to the board in December last year, but was held off at the request of Director Jerry Lee who wanted to know how many citations were issued in 2011.

Commander Lea Militello of the San Francisco Police Department said they issued 20,576 double-parking citations (through November 2011) and 372 citations for bicyclists riding on the sidewalks.

Militello said at last month’s transit agency committee that riding a bike on the sidewalk increases the danger for pedestrians. “To curb this behavior, we have to make it hurt,” she said.

Officials said that double-parked cars not only delay private vehicles, but also slow down Muni buses and light-rail lines.

Director Bruce Oka backed the increase, but said in order to change behavior, there has to be more enforcement. “Just to raise the parking fines for this without enforcement is useless,” said Oka.

The increase goes into effect immediately.