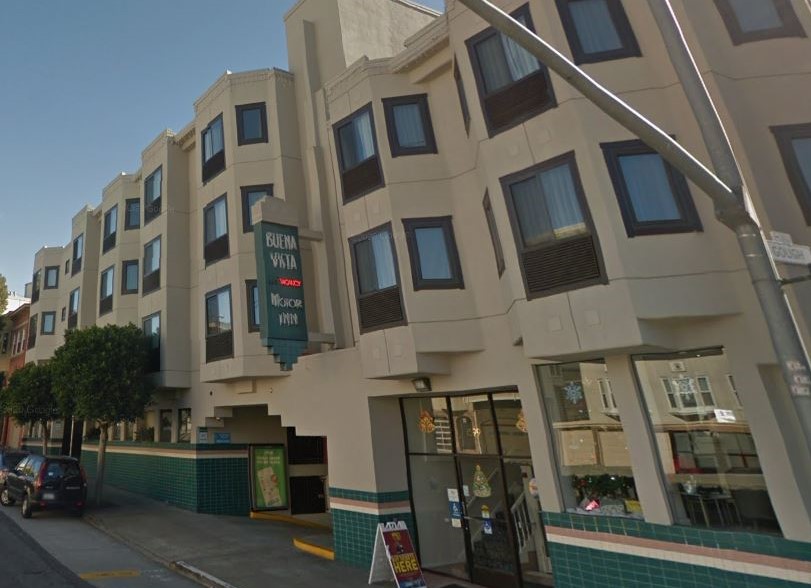 The Buena Vista Inn, pictured, has served as one of more than two dozen San Francisco hotels used to shelter homeless people who are over 65 or have health risks.

The Federal Emergency Management Agency will retroactively reimburse states 100% of the cost for shelter-in-place hotels, dating back to January 2020, the White House announced Tuesday.

The announcement comes less than two weeks after the Biden administration pledged to fully fund hotels used to shelter homeless people over 65 or with compromised health going forward. Previously, municipalities were responsible for 25% of the costs.

The reimbursement for FEMA-eligible services — which range from personal protective equipment to the sheltering of at-risk populations — is expected to cost the federal government between $3 billion and $5 billion.

It is expected to help San Francisco whittle away at its huge budget deficit and save the state hundreds of millions of dollars, along with possibly assisting statewide efforts to build more permanent housing. The added funding could also help San Francisco move more people off the streets and into safer facilities for the time period it covers.

“Central to the Biden-Harris Administration’s COVID-19 National Strategy is ensuring states, Tribes, territories, and jurisdictions have the resources they need to defeat the virus,” the White House said in a statement.

Tuesday’s announcement included mixed messages about what programs were eligible for reimbursements, but FEMA released a statement Wednesday clarifying that shelters where residents aren’t forced to share living and sleeping space, such as shelter-in-place hotels, are part of the refund package.

San Francisco has opened 28 shelter-in-place hotels since March 2020, bringing indoors more than 2,300 homeless people who are over 65 or at high risk of morbidity due to pre-existing conditions. Although the Department of Homelessness and Supportive Housing has not released a breakdown of its budget for the project, the city controller projected that the shelter-in-place hotels will cost a total of $179 million this fiscal year. The 75% of federal reimbursement funds, combined with money granted from the state, means that San Francisco would be responsible for about $3 million.

The department said it “welcomes the most recent FEMA funding news and looks forward to learning more details.” After the administration’s January announcement of 100% reimbursement going forward, the department said it began inviting more people into shelter-in-place hotels.

The funding will also save the state of California hundreds of millions of dollars it has used to subsidize the costs of non-congregate shelters.

“This is a win-win-win, for unhoused individuals, motel owners whose business was decimated by the pandemic, and communities across California,” California Controller Betty Yee said in an email Wednesday. “While full reimbursement for non-congregate housing is a positive step, there remains a critical need to build more permanent housing in California. Perhaps the additional revenue realized through the president’s action can be targeted at those efforts.”

The news of retroactive funding comes as San Francisco faces a major budget shortfall, with an expected $650 million deficit over the next two fiscal years.

In late 2020, the Department of Homelessness and Supportive Housing began winding down the shelter-in-place-hotel project, citing cost as a major motivator. In the wake of news that the funding would be covered through September 2021, the department shifted gears, saying it would be amenable to opening new hotels if providers and hotel owners were willing to take them on. Since the funding expansion was announced, no information has been released about whether more hotels will be added to the program.