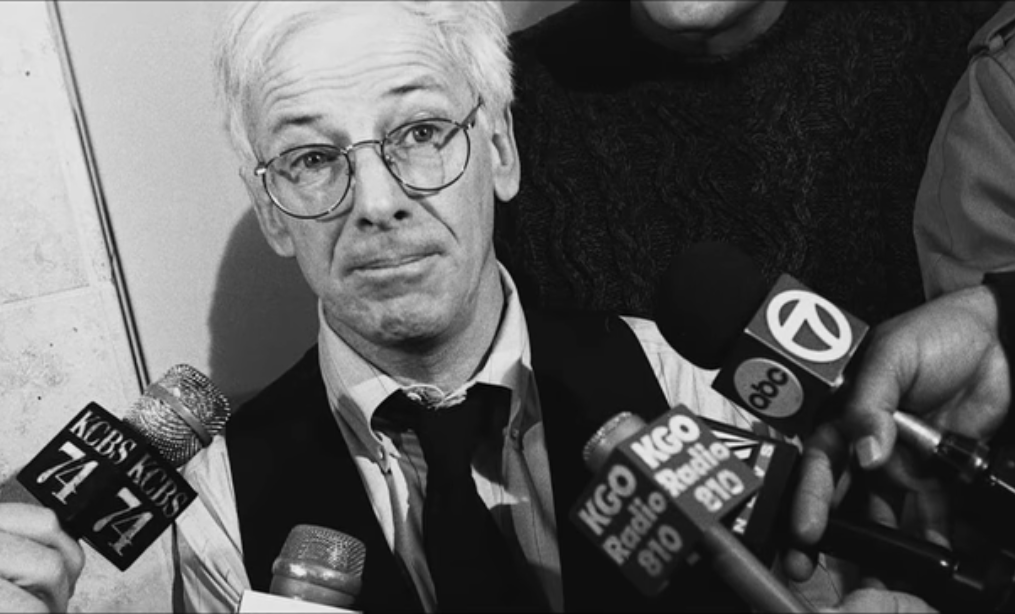 A still from “Dennis: The Man Who Legalized Cannabis.”

Despite repeated arrests and stints in jail, Dennis Peron persisted in running cannabis clubs in San Francisco in the late 1990s. Peron, a gay man and veteran, ran the clubs to provide a place for HIV patients and other chronically ill people to relieve their symptoms. He died in 2018. A new documentary, “Dennis: The Man Who Legalized Cannabis,” retraces his path from being discharged from the military to organizing to pass a ballot measure that allowed for medical cannabis in California.

Today, in the same neighborhood where Peron’s and his friends’ operations were repeatedly raided by law enforcement, licensed dispensaries sell cannabis openly. Entwistle said Peron would likely have celebrated how widely available cannabis has become.

“But as we say, the struggle continues. It never really ends,” he said. “We want cannabis to be fully legal. You know, just like gasoline or something: You pull into a station, you put it in your car, that’s the end of it. As much as you want, you got it.”

Now, Entwistle said, “we have what we call boutique cannabis. So we call it halfway there. But hey, halfway there is better than nowhere.”

Oakland-based filmmaker Brandon Moore used archival news footage and interviews with Peron’s friends and with Entwistle to piece together the narrative of Peron’s activism. The film was financially backed by Pax, a vaporizer company, but Moore said he had creative freedom.

“As the filmmaker and director and primary editor on the piece, they really never forced my hand into pushing the story into a certain narrative that they wanted,” he said. “It was basically, ‘how do you tell Dennis’ story in as concise of a form as possible?’”

Next, Moore said he would like to pursue films that explore the persistent racial inequities in the cannabis industry.

“My goal is to continue making films, you know, hopefully with Pax’s support, that do tell stories  more specifically related to racial inequality in regards to cannabis and drug policy,” he said. “I think this film about Dennis is just one stepping stone to highlighting many issues within cannabis.”

“Dennis” will screen virtually at the San Francisco Independent Film Festival from Feb. 4 to Feb. 21.