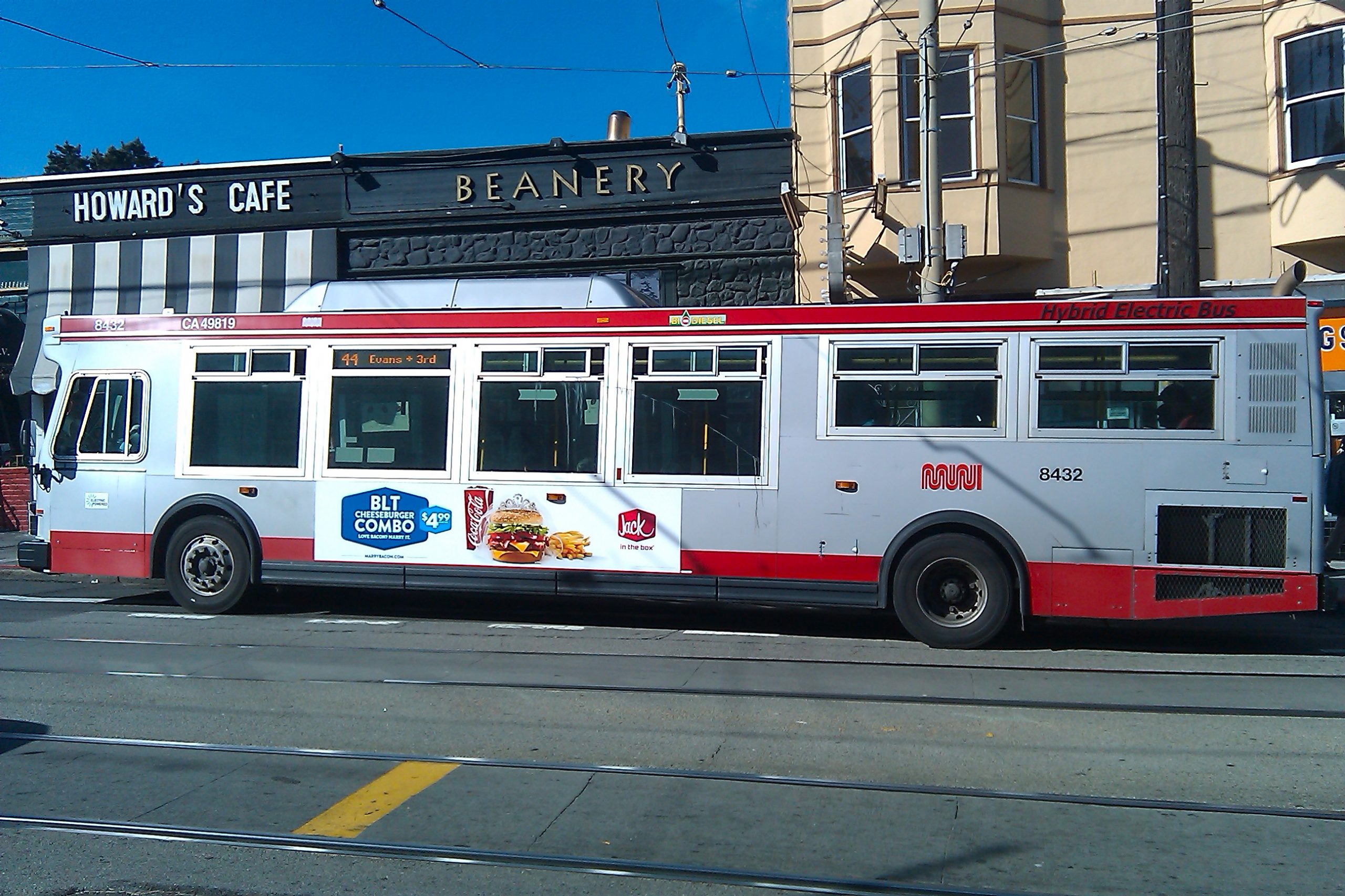 Muni officials may have to look at reducing service again as a last resort in order to close a $53 million budget deficit for the next two years. Photo by Jerold Chinn / SF Public Press

The San Francisco Municipal Transportation Agency is looking for new revenue sources to balance its budget for the next two years.

The new projections from Sonali Bose, the transit agency’s chief finance officer, is better compared than a November’s projection, which totaled close to an $80 million deficit for the next two years.

Old ideas have resurfaced including charging for meter parking on Sundays and after 6 p.m on weekdays, increasing single cash fares and charging for transfers for cash fares. Also added to the list was the elimination of transit passes for the agency’s employees.

Cutting Muni service is also a possibility. Ed Reiskin, director of transportation, said it would be an “honest option” to bring to the board to consider.

“The options at that point, absent additional revenues or additional expenditure cuts outside of cutting service… I think the options would be continue what we’ve been doing and maintain the frontline service, but not fully fund the supporting service like the maintenance, car cleaning and supervision,” said Reiskin.

In 2010, 10 percent of Muni service was cut, which saved the agency about $30 million. More than half of the service was restored later in the year.

Muni plans on increasing their Fast Passes for adults, youth and seniors automatically for the next two years. Adult passes with BART access in the city will increase to $74 beginning July 1 and then $76 the following year. The Muni only pass will increase to $64 and $66 the following year. Disabled, youth and seniors will also see an increases in their monthly passes beginning on July 1.

Reiskin, who became the transit agency’s director last year, said he did not want to start his job by recommending service cuts, but he said “if resources can’t maintain the current level of service, it would the responsible thing to present the options accordingly.”

The transit agency is inviting the public to discuss the state of the budget at five town hall meetings in March. The public will able to talk with transit officials on the two-year budget plan and what is being proposed.

A budget panel created by Muni is also meeting to come up with short and long term revenue solutions for the board to consider. Reiskin said the panel is suppose to have short term solutions by the next March board meeting.

The board has until April to come up with a balanced budget.