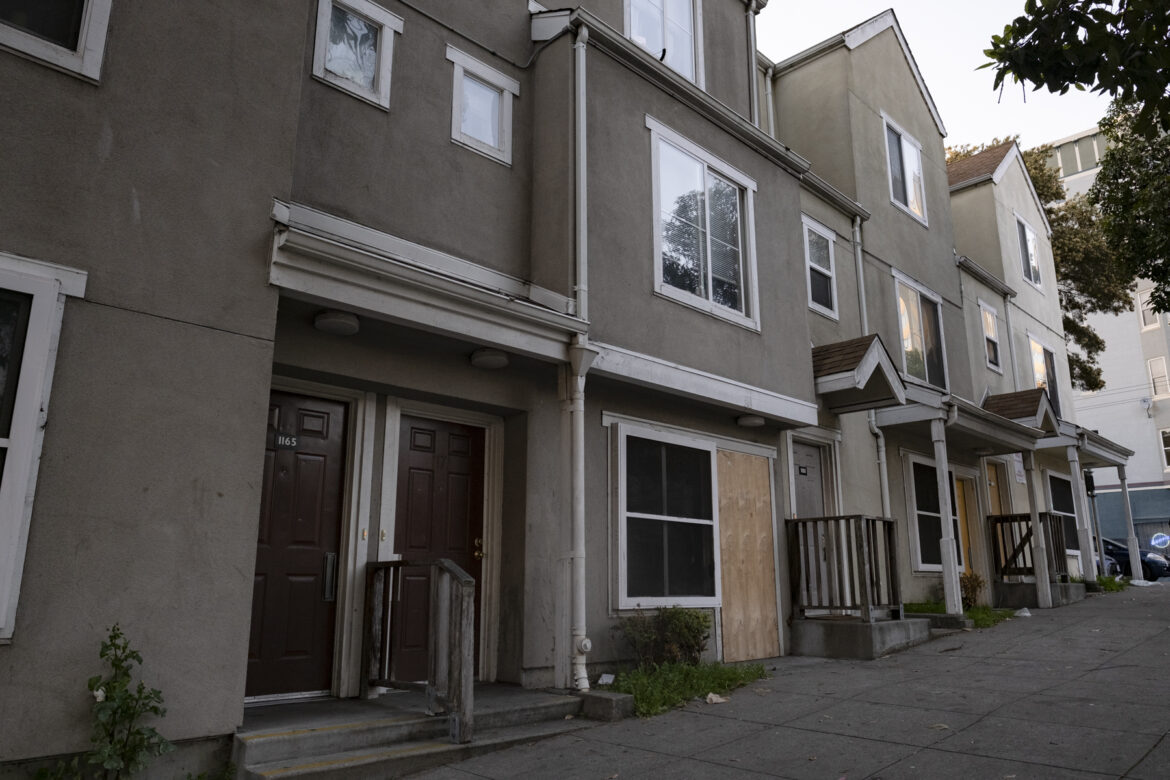 San Francisco plans to jumpstart repairs to the Plaza East housing complex with a $2.7 million loan to the developer and property manager.

San Francisco officials have agreed to lend a private developer $2.7 million to make repairs at a public housing complex in the Western Addition.

“Hopefully that is a start at addressing some of the most acute substandard conditions,” Supervisor Dean Preston, whose district includes Plaza East, said Friday. “We know a more substantial rehab is going to cost way more.”

During the loan committee meeting, Lydia Ely, deputy director of housing at the Mayor’s Office of Housing and Community Development, said repairs could start as soon as this week.

The infusion of cash comes less than a month after the U.S. Department of Housing and Urban Development did not approve a plan that would have allowed the company to raze and rebuild the 20-year-old complex.

McCormack Baron Salazar, which built Plaza East, told HUD last year that there was a “large backlog of deferred maintenance” at the site and argued that rebuilding would be the best way to improve living conditions there.

The loan documents state that “Plaza East is in very poor condition” and that the developer, the city and the San Francisco Housing Authority are looking for ways to fund a “revitalization program” at the complex.

The city loaned McCormack Baron Salazar $2.7 million at a 3% interest rate, to be repaid at the end of its three-year term. The company can request a two-year extension if it has made significant progress toward the more comprehensive rehabilitation of the property.

City staffers who evaluated the firm’s funding request acknowledge that Plaza East has been losing money for nearly five years. According to that evaluation, the city “risks not being repaid,” owing to the uncertainty about when and how that rehabilitation will be financed.

Federal funding for major repairs in public housing nationwide has steadily declined since 2000, according to the Center on Budget and Policy Priorities, a think tank that analyzes the effects of federal and state budgets.

“We have a systemic problem, and long-term problems do take time to resolve,” Adhi Nagraj, the senior vice president and director of development at McCormack Baron Salazar, said this month. “It doesn’t always hum on the first try.”

The firm built Plaza East in 2001 for $43.2 million, including $20.2 million in federal funds. The construction was part of a HUD program that leveraged private investment to rebuild public housing. The program, called HOPE VI, was billed as a way to save taxpayers money and improve living conditions for low-income renters.

In January, the San Francisco Housing Authority submitted a request to HUD that outlined the developer’s plans to rebuild the 193 units of public housing and add affordable and market-rate units to the site, which would generate more revenue.

In a letter to the housing authority, HUD described the application as “substantially incomplete.”

According to an estimate the developer provided to HUD, rehabilitating Plaza East would cost $42.2 million. But federal officials determined the rehabilitation costs to be $25.7 million.

The loan the city approved amounts to about 10% of that figure.

According to the loan documents, McCormack Baron Salazar plans to spend $2.5 million on upgrading fire alarm systems, sewer pipes, electrical equipment and household appliances, and repairing 20 vacant units at Plaza East. Tenants will temporarily move into some of those units while the company renovates their permanent homes.

The repairs are expected to take a year to complete.

The loan committee also approved $198,000 for the developer to hire FRH Consulting to help residents access social services, run a food pantry and hold meetings with the tenants about future redevelopment plans. Such programs are common in subsidized housing across the city.

In interviews with the San Francisco Public Press, representatives of McCormack Baron Salazar and the Housing Authority emphasized that these loans are part of a much larger effort to address the living conditions at Plaza East. Part of that process will involve refinancing the public housing complex through a federal subsidy program such as project-based vouchers, which receive more consistent funding.

McCormack Baron Salazar “is also in the process of working on identifying different revenue streams, to help continue to enhance the quality of life for residents,” Tonia Lediju, executive director of the San Francisco Housing Authority, said in an interview this month.

The loan committee does not record its meetings. It posts funding approvals and related documents on its website after its members have reached a decision.

Nagraj of McCormack Baron Salazar attended the most recent committee meeting virtually alongside two of his colleagues, Pauline Ul and Claudia Brodie. No committee members asked questions about the Plaza East loan following a presentation by Mayor’s Office of Housing and Community Development deputy director Ely.

The city made the loan documents available Wednesday, five days after the loan committee met.

Earlier this month, Preston called for a hearing at the Board of Supervisors to discuss the living conditions and redevelopment plans at Plaza East.

The Government Accountability and Oversight Committee will hold the hearing at 10 am on May 6, according to Preston’s office.