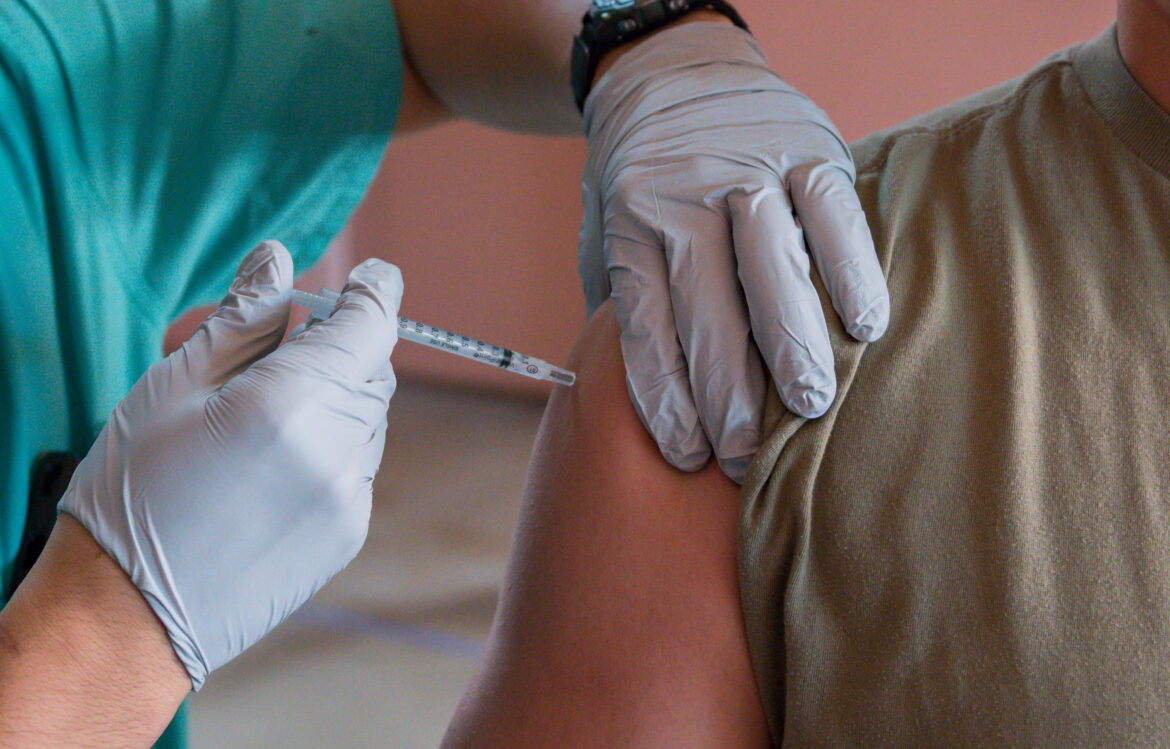 Half of San Francisco’s population over the age of 16 has received at least one dose of a coronavirus vaccine. And among people 65 and older, 82% have gotten a shot. But one group of local organizers is concerned that there is more work to be done to reach seniors especially in the areas that the coronavirus pandemic hit the hardest.

Former state senate candidate and public bank advocate Jackie Fielder recently launched a political action committee, Daybreak PAC, and has shifted some campaign organizing infrastructure toward a vaccine access effort. Some phone bank volunteers now make calls to seniors living in neighborhoods like the Bayview, to ask if they would like to get vaccinated and if they face any barriers to doing so. “Civic” talked with Fielder and with one such phone banker, Sayuri Falconer, about the initiative.

Fielder said the city’s vaccination information by ZIP code obscures more granular details in neighborhood differences, and she and her campaign staff could use their knowledge and resources to target their calls.

“ZIP codes like 94124 can have massive community variation. Little Hollywood and Hunters Point are extremely different, for example — median income in little Hollywood is at least $28,000 higher than in Hunters Point,” Fielder said. “We decided that we should apply our campaign and now PAC infrastructure of phone banking to getting information out to seniors that have potentially not have gotten information about the vaccine, and we need to reach out to those folks directly.”

One reason why an eligible senior who wants to get vaccinated may not have done so, they said, is simply not knowing where or how to make an appointment or where to go for a walk-in appointment. Phone bankers have the city’s COVID-19 hotline and the hours of nearby vaccination centers on hand. If a person needs help making an appointment, they will refer that person to Supervisor Shamann Walton’s office, whose staff has been able to offer more individualized assistance. Another barrier to access has been transportation. Phone bankers make sure those they reach know that Muni is offering free rides to and from vaccine appointments.

Eligibility for the vaccine is set to expand dramatically on April 15, when anyone over age 16 may make an appointment. Volunteers are preparing for the possibility that appointments will quickly become more difficult to make. That’s part of the reason the script instructs volunteers to ask someone who answers the phone if there are any other people in the home who are eligible but haven’t been vaccinated yet, like a younger person whose job may qualify them.

“I let them know vaccine eligibility is going to get much bigger next week,” Falconer said. “We’re trying to have the most impact we can before the floodgates kind of open.”

So far, in just a few two-hour phone banking sessions, the volunteers have made more than 700 calls. Of those who answered the phone, about a quarter — 38 people — said they would have liked to be vaccinated but had not been able to do so. Thirty of these were referred to Walton’s office, Fielder said.

“When it comes to this pandemic, it’s not the proportion of lives that matters to save and preserve, it’s also the number. Those are whole people. And we need to make sure that everyone is able to do that,” Fielder said.