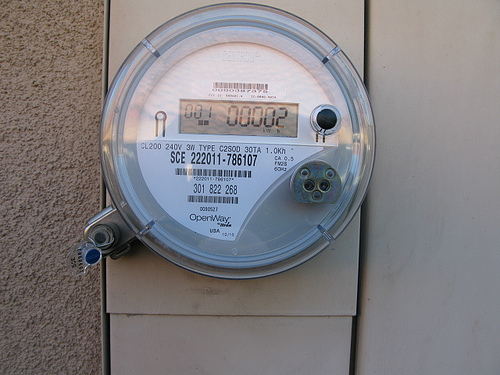 After repeated pressure from groups protesting the rollout of smart meters in Northern California, the California Public Utilities Commission announced Thursday that it will allow PG&E customers to opt-out of the devices on their homes.

California PUC President Michael Peevey said he had spoken with the president of PG&E to allow customers who are averse to Smart Meters to have their electrical use recorded without the use of wireless technology.

“We’re directing PG&E to prepare a proposal to allow opt-out of the devices at a reasonable customer cost,” said Peevey at a CPUC meeting in San Francisco stacked heavily with an anti-Smart Meter crowd.

Peevey did not say how much customers would be charged to opt-out or how the money collected would be used. He said PG&E is expected to submit a proposal in two weeks, although it would take the commission time to develop an opt-out process.

The anti-Smart Meter crowd was largely unimpressed with the announcement.  Although they had been calling for an opt-out option, some insisted that nothing short of a moratorium would be safe to the public.

“It’s a concession,” said Sandi Maurer, founder of the Sebastapol-based EMF Safety Network. “He’s tired of everyone showing up at these meetings.”

During more than an hour of public comments, the crowd berated the CPUC for failing to address what they said were serious public health issues related to smart meter use. PG&E has been replacing the older electrical meters throughout Northern California with wireless ones, which do not require door-to-door meter reading but instead pulse out meter use with a wireless signal. The company argues the devices will eventually lead to a more efficient use of electricity across the grid.

PG&E has recently started installing Smart Meters in San Francisco in the Richmond and Marina districts.

But from the very start, PG&E has encountered a public relations battle. Some 30 town across Northern California have put a moratorium on Smart Meter installation.

Distrustful residents claim the devices will allow the company to spy on their electrical use, while others have disputed their new electrical bills claiming they’re being overcharged. The potential health impacts of smart meters has been the largest rallying cry, as dozens of people claiming “electromagnetic sensitivity” are linking the use of Smart Meters, cell phones, microwave ovens, wifi, and even lighting to a wide range of health problems for everything from dizziness to cancer.

Scientific studies, on the other hand, have not conclusively linked Smart Meters or other consumer grade electronics to any health impacts.

Nevertheless, the crowd at Thursday’s hearing called Smart Meters a “weapon of attack,” a “biohazard,” and a “violation of 14th Amendment rights.” They called PG&E a “bully” for foisting them on people, and asked for Peevey to step down off the commission.

“You don’t want to be known as the commission who put death boxes in front of everyone’s homes,” said one man.

One person rustled the crowd by claiming a connection between the San Bruno natural gas pipeline explosion to the installation of Smart Meters in the neighborhood.

Some said the opt-out was insufficient to protect people from their neighbors, who might allow Smart Meters on the building next door, or in apartment buildings where dozens may be installed in short distance from one another. They also said it wasn’t fair to make people pay for an opt-out.

“It’s a step in the right direction but it doesn’t go far enough,” said Maurer. “We’re not going to stop until we’ve got safety.”

Commissioners took the onslaught in stride, although Commissioner Timothy Simon eventually piped in over remarks of his he said were distorted at a recent press conference.

“We are all concerned about the health, safety, and welfare of rate payers,” he said. “Anyone who thinks contrary, I’m glad to meet them personally.”

An angry crowd shouted that they would take him up on the offer.