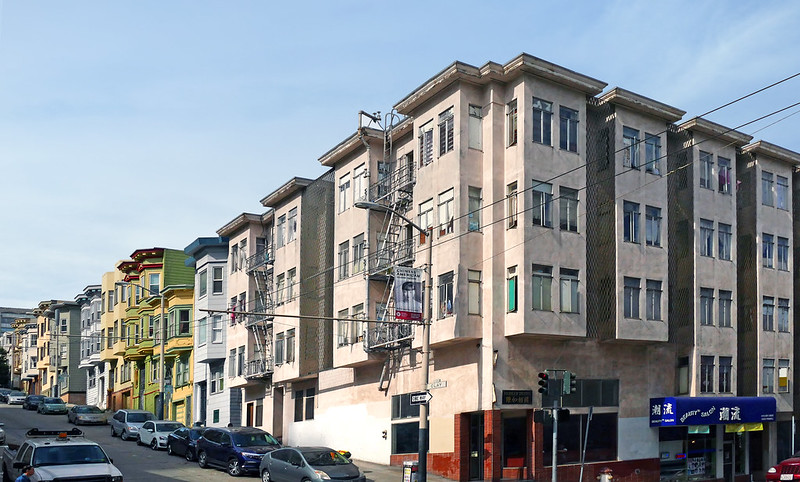 An eviction wave could wash over California starting in April, after statewide protections for renters expire, according to tenants' groups.

California could see widespread evictions next month because of government delays in getting federal funds to renters, tenant groups warn.

Tenants throughout the state will still be waiting for rent assistance by April, when their pending applications will cease to protect them from eviction for those debts, the groups said in a report Tuesday. Tenants continue to face difficulties when applying, as well as long waits for responses and for checks once they are approved, according to a survey of 58 organizations helping tenants throughout California.

The state has long said that it would protect tenants who faced a COVID-19 hardship from displacement, said Shanti Singh, legislative and communications director for Tenants Together, a statewide coalition of tenant-rights groups and the organization that conducted the survey.

“Apply for rent relief, avoid eviction,” Singh said, recalling the government’s messaging. “It’s clear that that promise is being broken.”

“The State program is the largest, most successful program in the nation,” said Geoffrey Ross, deputy director of federal financial assistance at the California Department of Housing and Community Development, in an email response to Tenants Together’s characterizations. He added that “1 in 3 payments nationally have been made in California to our tenants and landlords in need.”

“We continue to pay out over $80 million to 8,000+ households a week and we are accelerating,” Ross said.

Ninety percent of the survey’s respondents said their clients had difficulty accessing the state’s online rent-relief application, and 84% said tenants experienced “excessive delays” in getting approved. About half reported “inadequate language access,” a problem that has been present from the start.

“A lot of these were problems that tenant advocates predicted,” Singh said, “but we were not consulted when the program was set up.”

Tenants Together is demanding that state lawmakers permanently protect Californians from eviction for any rent debt traced to a COVID-19 hardship.

The group also wants the state to provide greater transparency and access to its data on rent-relief applicants, and for local tenant protections to remain in place. The group’s staff fear a repeat of Assembly Bill 832, passed in June, which established the end of the statewide eviction moratorium while undoing protections that had just been approved at the local level.

If eviction protections are not extended or made permanent, Jessica Ramirez and her children might find themselves homeless — again.

When Ramirez lost her job at an Amazon packing facility in Fresno in July, she needed help covering rent. She requested financial assistance for utilities and rent, and received $6,000 in November. That covered rent through the end of February, but she’s still waiting to find out if the state will pay her overdue utility bills, totaling around $5,000.

For now, the lights still work and the water runs.

“But I don’t know how much longer they’re going to leave it on,” Ramirez said.

In February, she got her job back at Amazon, but she has yet to receive her first paycheck. She worries that it won’t be enough to cover the rent, she said, so she is applying for additional rent assistance.

Ramirez and the father of her five children, who lost his job in December, will need to figure out how to cover this month’s rent by April 1, or else their landlord will be able to evict them.

“I don’t want to be homeless again, with my kids living in a car,” she said, recalling what life was like before she first started working at Amazon in 2018. “We want a roof over our kids’ heads no matter what.”

The statewide eviction moratorium ended Sept. 30. Beginning in October, tenants who faced a COVID-19 hardship and had not paid at least 25% of what was due over the previous 13 months could be evicted. If they have applied for rent assistance then they are protected from eviction until the end of March at latest.

San Franciscans are protected from eviction for unpaid rents that will come due from April until the end of the local state of emergency related to the pandemic. Mayor London Breed has not said when she will lift it.

But residents here and throughout the state will still be on the hook for rent debts they accumulated since March 2020.

The layered state and local regulations are complicated, and the Public Press has created a flow chart to help tenants understand them.

In the aftermath of the end of the statewide eviction moratorium and as the local economy has ramped back up, San Franciscans have continued to make new requests for rent assistance, though the pace has slowed in recent weeks, according to the Public Press’ Rent Relief Tracker. The government had received $298.4 million in requests and paid out $115.7 million by last week.

In San Francisco, thousands of applications will probably still be pending by the time those tenants lose eviction protection in April, a recent Public Press analysis shows.