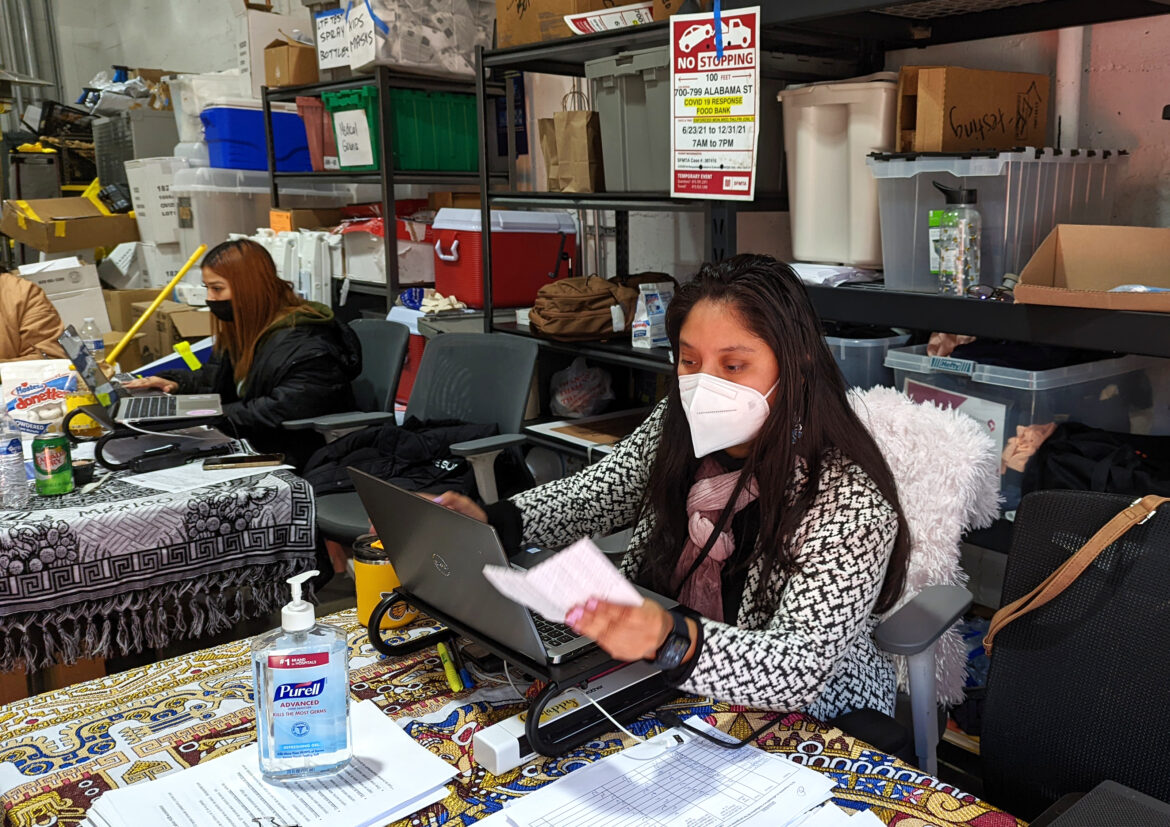 As much as two-thirds of the rent assistance requested in San Francisco because of COVID-19 hardships will fail to reach tenants in time to protect them from eviction this spring if current trends continue, Public Press projections show.

The government received rent-relief requests faster than it issued payments during the five months the Public Press tracked, and $187 million in applications from thousands of residents still await approval. That backlog is likely to grow to $254 million by April 1, when landlords will be allowed to evict applicants for outstanding rent debts.

“This is our primary concern,” said Shanti Singh, legislative and communications director at Tenants Together, a statewide coalition of tenant-rights organizations. “March 31 is not far away.”

The Public Press projected rent-relief request and payment trends using data from the local and state programs, which is published weekly in our San Francisco Rent Relief Tracker.

These projections show that by April 1, San Francisco renters will have requested $398.8 million, and the state will have paid out $144.4 million. That would leave $254.4 million in requests still pending, which could lead to housing displacement.

The limits of data

These projections are estimates based on the best data available. The Public Press began tracking requests and payments in late July, about four months after the government started offering rent assistance. The projections do not incorporate data from those first four months. Data is also missing for two weeks in late September and early October due to shifts in the rent-relief programs that made it difficult to obtain accurate numbers. And while the rate of payments issued has been steady, requests have fluctuated slightly. Future shifts in the need for rent assistance could influence projected requests for April.

Geoffrey Ross, deputy director of federal financial assistance at the California Department of Housing and Community Development, said that Public Press projections may be overestimating San Francisco’s need for rent assistance — but he did not say by how much. The projections draw from a data set that the state publishes weekly as an interactive dashboard, and that Ross called “raw.” The data “includes duplicate applications, applications that have yet to be matched between landlords and tenants, incomplete applications, etc,” he wrote in an email, adding that total requests projected from that data would diminish after staff processed and reconciled applications.

But information on the housing department’s website conflicts with this characterization. The data category that the Public Press has drawn from “does not include applications in progress, or landlord applications not yet paired with an eligible tenant,” according to a video explaining the rent-relief dashboard. Ross did not address this contradiction when it was brought it to his attention.

Rent-relief requests from San Franciscans stood at $284.1 million by the week of Jan. 10, far beyond the $182.1 million available to city residents.

The situation is no better statewide: Requests surpass $6.9 billion, while California has $5.2 billion in rent-relief funds that the U.S. Treasury Department authorized in 2020 and 2021. On Jan. 7, the Treasury approved $62 million in additional funding, far less than the $1.9 billion California requested in November. The federal government may give California more money in coming months.

When asked how much of the new funding would go to San Francisco, Ross did not name a figure.

“There’s no reason to expect that the funds that have not been doled out — the majority of them — are going to suddenly rush out the door,” Singh said. She is beginning conversations with lawmakers about how to respond to the problem, she said.

The speed of payment delivery is not fully within the state’s control, Ross said. It is “partially dependent on responses from applicants and as we move out further will eventually become more dependent on the pace of the U.S. Treasury in making resources available,” he wrote.

The state Legislature crafted the eviction protections — and their expiration date — in Assembly Bill 832, which it passed in June.

That law set Sept. 30, 2021, as the end of California’s moratorium on evictions for unpaid rents traced to COVID-19 hardships. Starting in October, tenants could be evicted if they had not paid at least 25% of the rents that were due over the previous 13 months — with the caveat that, if they applied for the government’s rent assistance and were awaiting a decision, they would remain protected through March 2022.

Come April 1, landlords will be able to evict rent-relief applicants if they have not paid the one-quarter threshold for rents leading up to October, as well as all of the rent due in the months since.

Are you facing eviction? Call the Eviction Defense Collaborative at (415) 659-9184 or send an email to [email protected] as soon as possible. The organization advises that tenants respond within five days of being served with court papers to avoid the risk of a default judgment against them.

Is your landlord suing you to recover pandemic rent debt? Go here to read our guide on how small claims court works, and how to argue your side of the case.