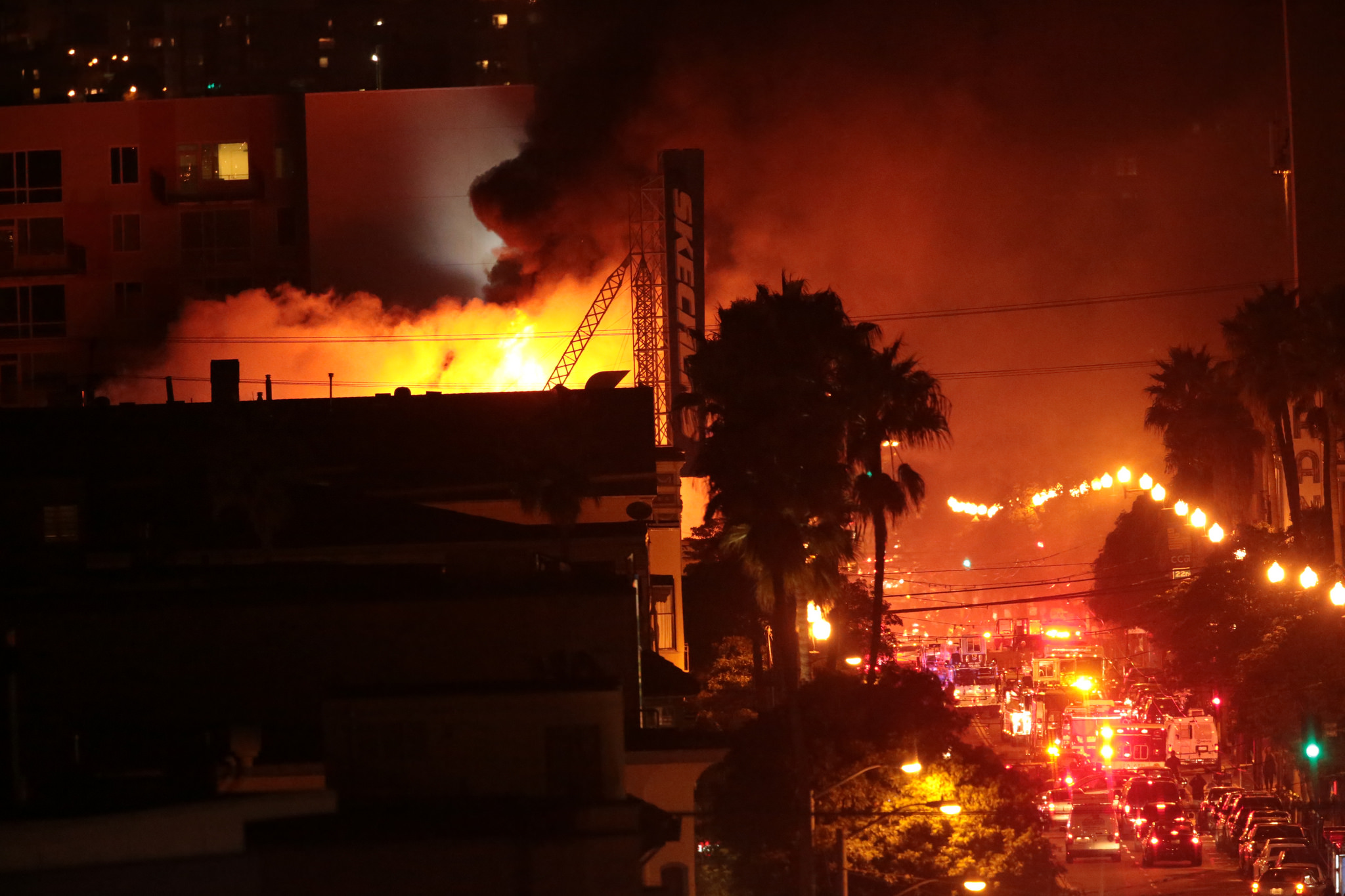 Photo of the fire at 22nd and Mission streets in late January that resulted in one death, multiple injuries and the displacement of more than 30 businesses. Creative Commons photo by Flickr user amaizlish.

Two months after fire consumed a building in San Francisco’s Mission District, many owners of the more than 30 businesses that were displaced are still trying to figure out how to cope with the steep price of reestablishing themselves.

“I feel like I’m inside of a bubble that is floating, and I have no destination,” said Carmen Li, who owned and ran Cinderella Fashion at 22nd and Mission streets for 20 years before the Jan. 28 fire.

Soaring real estate values challenge the Mission’s longtime small businesses, as well as residents. Li and others are choosing between spending much more on high-demand spaces nearby and relocating their businesses farther away, where space is more affordable but their customers may not easily find them.

“These are businesses that have been there for 20 or 30 years,” said Gabriel Medina, policy manager for the Mission Economic Development Agency. Their customer base was made up of “their friends, their extended family,” Medina said. “This is their community.”

MEDA is planning a benefit concert on Sunday at live music venue The Make-Out Room, to raise money for the businesses. The venue’s owner, Martin Rapalski, will waive cover charges, and customer donations and some of the bar’s proceeds will go to supplement an online fund that is currently far from hitting its original goal of $100,000.

The business owners won a federal declaration that they qualified to apply for low-interest disaster loans, but Medina said they have so far passed up the opportunity in the hope that insurance payouts will be enough to help them rebuild.

Some have moved on. Vivi Hernandez, owner of Vivi Alterations, found a new place in the Excelsior District. Angel’s Flowers and attorney Robert P. Garcia also have set down new stakes. But Li said her next move depends on what cards insurers deal her.

Li was paying $2,500 per month for her commercial space — a steal, compared to the $5,000 she said her friends pay nearby. But moving to a more affordable neighborhood could cost her a lot of foot traffic.

“Even if I borrow money,” Li said, “then am I going to invest in that place, where I may not be able to make it?”

Li specialized in attire for Quinceañeras, a Latin American custom where families celebrate a girl’s fifteenth birthday as her transition into womanhood. Li’s was one of a handful of such stores in San Francisco, she said, and the Mission District’s sizeable Latino population had made it a perfect location.