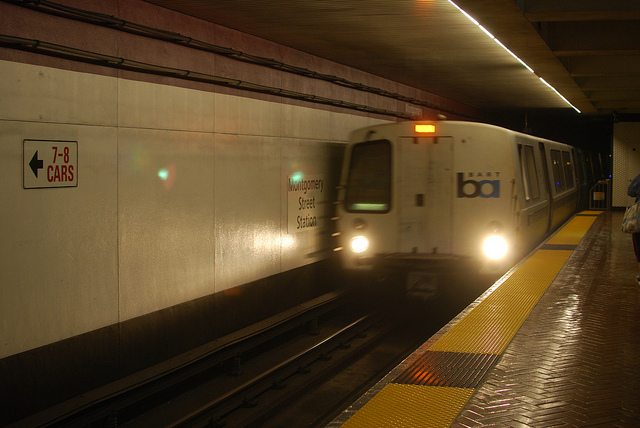 During the shelter-in-place orders keeping many people working at home and socializing virtually, ridership on public transit has dropped dramatically. On BART, ridership was about 13% of pre-pandemic levels in October. Since around 65% of the system’s revenue comes from fares, the drop in ridership was a major blow to operating plans, said Janice Li, who represents BART District 8 on its board of directors. The board has since passed a cost-cutting plan that covers its expenses for the first three quarters of fiscal year 2021, but the agency still faces a $33 million deficit for the fourth quarter of the fiscal year and a projected $177 million shortfall in the next fiscal year.

Despite taking a financial hit, BART immediately responded to the pandemic with new protocols, Li said, including researching the best technology to prevent the spread of the coronavirus on trains. The system now boasts a filtration system that replaces the air in each car every 70 seconds. Workers are also making infrastructure improvements while ridership is down.

“A huge part of BART’s operating revenues come from our fares. It’s about 65% of our operating revenues that come from our fares, it goes closer to 70% when you include parking fees as well. And with 13% of our ridership, that means that being able to pay our workers to keep the system safe, running, clean is really difficult. When the pandemic hit, and we plummeted down, the lowest of the lows was around 4%. Almost no one. And that was sort of at the end of March and April. And we slowly, slowly have climbed our way up since.”