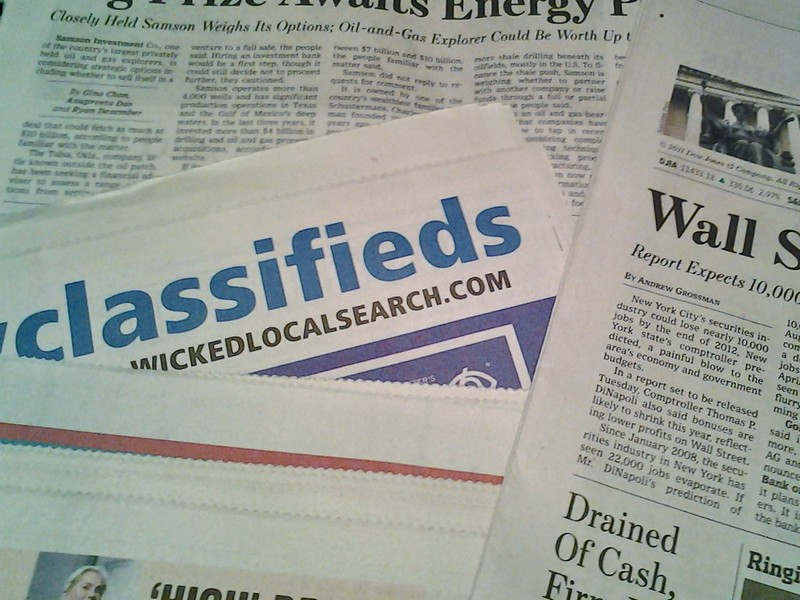 Since 2004, more than 1,800 newspapers have closed around the country, according to a new report from PEN America, a nonprofit that advocates for writers and literary freedom. That’s an estimated loss of about 20% of U.S. papers.

The report, titled “Losing the News,” paints a grim picture of communities where citizens are less likely to vote and less politically informed as papers are forced to close, or squeezed for profits by the hedge funds or media conglomerates that own them.

Bay Area reporters recently rallied to call for better working conditions as they continue contract negotiations with their employer, a media group owned by a hedge fund that has newspapers around the country and recently acquired a 25.2 % stake in the Tribune Company.

To get a sense of where the local news industry is headed, we spoke with Dan Kennedy, associate professor of journalism at Northeastern University, and author of “The Return of the Moguls: How Jeff Bezos and John Henry Are Remaking Newspapers for the Twenty-First Century” and “The Wired City: Reimagining Journalism and Civic Life in the Post-Newspaper Age.”