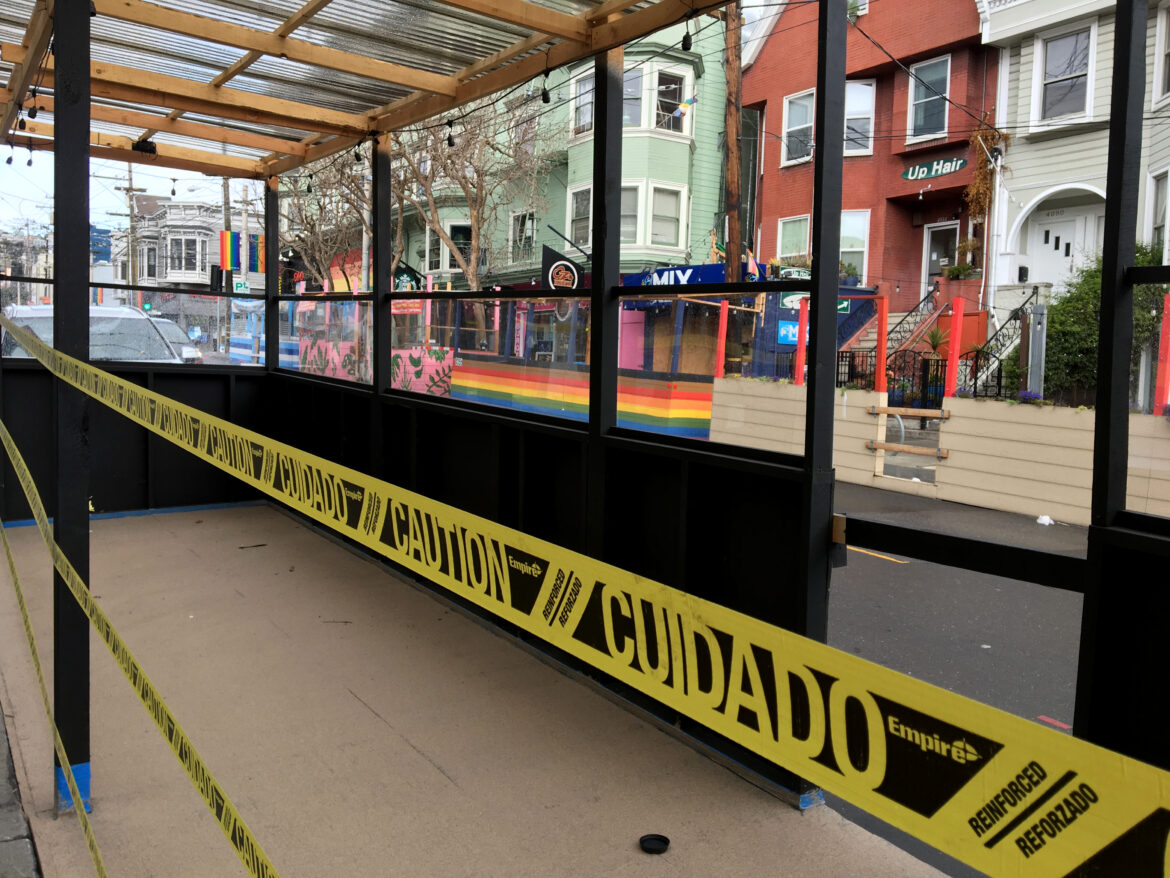 Outdoor seating areas for Castro restaurants are cordoned off due to an indefinite health order prohibiting onsite dining.

As local mainstays — cafes, bars and restaurants — launch fundraisers to ask neighbors to help them survive indefinitely extended shelter-in-place orders, governments at all levels are offering up various forms of aid. In San Francisco, many of those supportive programs for businesses and workers come through the Office of Economic and Workforce Development. Director Joaquín Torres spoke with “Civic,” a radio show and podcast from the San Francisco Public Press, to talk about how the city is trying to help.

In mid-January, Mayor London Breed announced a proposal for an additional $62 million in aid to businesses, consisting of more than $12 million in grants and $50 million in loans with low or no interest, which will require approval from the Board of Supervisors. It’s not clear yet which businesses would be prioritized for those funds.

Torres said it’s important that the city not place overly tight restrictions on what funds from city aid programs can be used for, so that businesses can pay whatever bills they are having trouble covering.

He acknowledged that some businesses might have been unpleasantly surprised by receiving aid from the city specifically for building spaces on public sidewalks and streets to allow patrons to dine outdoors, only to have health orders shut down outdoor dining again.

“I mean, talk about a whiplash, spending all the time designing programs for that purpose, only to have it pulled away,” Torres said.

While thousands of businesses may benefit from city grants and hundreds from the loan program, Torres said, only a small fraction of businesses will be benefiting from local funds rather than from a combination of local, state and federal relief funds. Ultimately, he said, what will really help businesses is the public’s adherence to health orders and the distribution of a coronavirus vaccine that will allow customers to start spending money again.

“It is only by reopening substantively that we can start seeing the foot traffic come back to San Francisco that we need for small businesses to be holistically supported,” Torres said. “It’s only through that reopening that we can begin to see an increase in revenue for our small businesses that’s grounded in economic activity of people making the decision to shop there.”