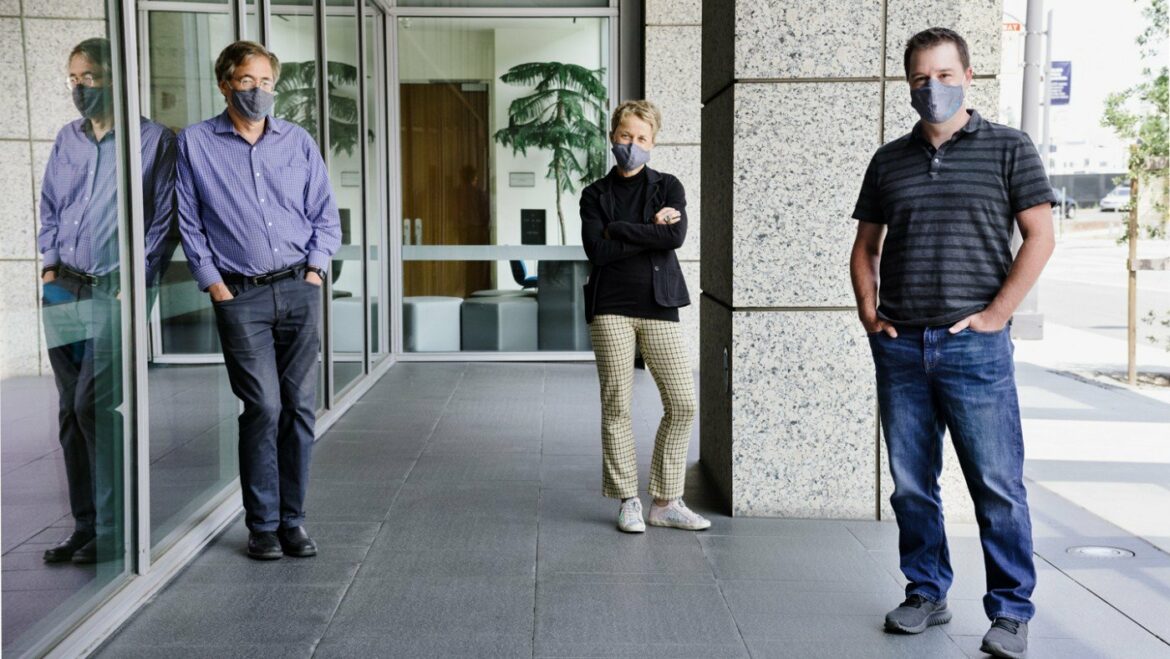 Scientists in San Francisco have made significant discoveries in recent months about the impacts of COVID-19 as well as prevention and treatment of the disease.

For one thing, they’ve discovered how SARS-CoV-2 — scientific shorthand for the coronavirus that’s causing the pandemic — slashes through muscle fibers in the heart. Researchers at San Francisco’s Gladstone Institutes discussed how this damage occurs in a webinar this month as part of the Bay Area Science Festival, and how it may leave even COVID-19 patients in their 30s at risk of heart disease.

In another advance, researchers at the University of California, San Francisco have developed a nasal spray with the potential to prevent infected people from developing full-blown cases of the disease. UCSF researchers are conducting scores of additional studies of potential impacts and treatments of COVID-19, tests for SARS-CoV-2 and preventive measures – including using the tests themselves as key elements in prevention protocols.

One major driver of the advances has been an unprecedented level of collaboration.

“It’s been a huge collaborative effort, the best I’ve seen,” said Peter Walter, a professor and chair of the department of biochemistry and biophysics at UCSF. “In late March, when the university shut down, we said, let’s not just roll over and play dead. We can do something; we have the tools.”

Gladstone scientists are pursuing numerous other investigations in a new Biosafety Level 3 lab that the federal Centers for Disease Control and Prevention approved last summer — in just six months instead of the usual two years.

“Initially when the pandemic hit, it was like a tsunami for every virologist in the country and the world,” recalled Melanie Ott, director of the new Institute of Virology formed in May at the Gladstone Institutes. “All of a sudden this new virus is here [but] to work with it you have to go through a lot of hurdles… to even touch the virus.”

Ott said the new institute’s approach is based on the realization that viruses all typically depend on human hosts in similar ways.

“We want to capitalize on pan-viral mechanisms to be prepared for the next pandemic because that virus will come up in the future and will have the same needs as the ones that we know already,” said Ott, a UCSF professor and neurologist who switched to virology after leading a neurology clinic serving AIDS patients in Germany in the 1990s.

The main differences between the early fight against HIV and the current battle with SARS-CoV-2 are, she said, how much more information is available, how public it is (through the preprint system) and how indiscriminate SARS-CoV-2 has turned out to be. “It is a virus that is not affecting just a segment of society but everybody.”

As the pandemic took hold, UCSF’s Walter said he, colleague Aashish Manglik and three students shifted into high gear, working around the clock with a team of 60. All five are now listed on a provisional patent held by UCSF for using an inhaler or nasal spray to deploy nanobodies to prevent or treat COVID-19.

Their invention, which they call AeroNabs, is based on synthetic nanobodies — tiny immune proteins like antibodies that are found naturally only in llamas and related animals. The group developed scores of candidates, then narrowed the field to 21 they thought might be able to fight SARS-CoV-2 and then to the most potent of all.

The researchers then subjected the nanobody to various stress tests, including heating it, turning it into a powder and incorporating it into an aerosol: “The little molecule is stable as a rock,” said Walter.

Walter and his co-authors hope a nasal spray using the nanobody can be tested early next year and begin production soon afterward. The nanobody disables SARS-CoV-2 particles in two ways, he said: either by sheathing the spikes the virus uses to adhere to human cells or, when a virus particle has pulled in its spikes, by clamping them down. (A peer-reviewed preprint of their research is at this link.)

“Right now, we see the target patients as those who have been recognized with an infection who are basically being sent home and told to come back if symptoms worsen because there is nothing to do,” Walter said. In the early stages of approval, it would be a treatment, he said, but it would prevent more serious cases of COVID-19.

“Once the coronavirus establishes itself in the lungs it becomes COVID-19, but while it’s still proliferating in the nasal cavity you hardly have any severe symptoms so [Aeronabs] is prophylactic for the more severe disease.”

If the technique behind AeroNabs meets further regulatory approvals, it could be mass produced at relatively low cost, made available over the counter, and even updated with different nanobodies to fight new coronaviruses or other viruses entirely.

Permanent heart damage may be common

The part that Todd McDevitt, a senior investigator at the Gladstone Institutes in San Francisco, said has kept him awake at night is that his findings so far have been sad — that the disease can permanently damage the heart.

“We didn’t anticipate this six months ago, that you could be at risk of heart disease in your 30s,” said McDevitt, a senior investigator at Gladstone. “Most of us get into science thinking that we are going to have results and be able to help people long term. Delivering bad news — it’s the right thing to do, it’s important to do troubleshooting and get to the root of it — but to have negative news, things that might worry people, was a problem, personally very different.”

McDevitt, investigators Serah Kang and Gokul Ramadoss, Gladstone senior investigator Bruce Conklin and nine co-authors at other institutions found that SARS-CoV-2 attacks key parts of heart muscle fibers called sarcomeres, which control the heartbeat, and dices them into fragments, incapacitating them. Unlike some kinds of human cells — from skin to muscles to the liver — heart muscle cells cannot repair themselves. And COVID-19 is estimated to cause heart problems in about half of COVID patients; the share who suffer permanent damage is unknown.

In addition to potential protective heart treatments that Ramadoss discusses in the webinar, the findings are spurring further research because the scientists hadn’t seen anything else damage sarcomeres that way.

“Now the question is whether it is unique to this virus,” said McDevitt, a cardiac specialist who is also a professor of bioengineering and therapeutic sciences at UCSF. “Or is it something that’s just happening faster and more often and with more severity, so it becomes more clear.”

As the pandemic quickens the pace of research, it is also pushing scientists to think in new ways.

“This is different because this is here right now,” McDevitt said. “So, we thought, ‘What do we have that’s accessible to us that would help us to gather information?’… There was a positive feeling that we could leverage things we were doing; it was really encouraging to see that we could do that.”

Widespread and rapid testing is key

In the end, testing for COVID-19 infections may be the only way of returning to a more sociable way of life, even if reliable vaccines, preventive tools and treatments are available. The National Institutes of Health has awarded hundreds of millions of dollars in research grants with this in mind and this month announced it is supporting six companies to manufacture large quantities of their tests, including two in the Bay Area, Visby Medical in San Jose and Luminostics in Milpitas. Both are developing tests that could be used by people with no medical training at home or at work and would produce reliable results in 30 minutes.

Gladstone’s Ott and UC Berkeley biochemist Jennifer Doudna, who won the 2020 Nobel Prize for chemistry in recognition of her co-invention of the CRISPR technology for editing genes, pivoted their collaboration toward SARS-CoV-2 early on. Ott and Doudna are developing a CRISPR-based method to measure COVID-19 RNA that would be fast enough to produce instant test results for patients anywhere they are.

And on Oct. 19, UCSF and the Chan Zuckerberg Biohub released preliminary data showing that rapid COVID-19 tests newly available to public health departments nationwide could in themselves help slow the spread of SARS-CoV-2. That is because they so quickly identify who is carrying it that people can more effectively act on their test results. The new tests are less sensitive than others, but the lag times of more precise tests leave a patient vulnerable to infection while waiting for results, said McDevitt.

Echoing Walter and many other researchers, McDevitt said a vaccine is imperative, but — while we wait — widespread rapid testing is the only way to “return some sense of normalcy.”