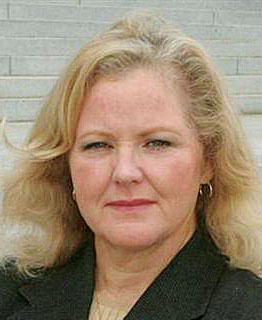 While California prosecutors mostly agree that the state’s human trafficking laws need strengthening, they also suggest that failure to recognize the crime itself remains a greater impediment in the fight.

State law is still relatively new. Assembly Bill 22 of 2005 creates penalties specifically for human traffickers. But some attorneys say it has not been much help. A maximum jail time of eight years, coupled with the tough standard of proof regarding intent to traffic, has led prosecutors to pursue existing, related charges — pimping and pandering, forced imprisonment, etc. — to assure sufficiently tough convictions.

Some girls are tricked by pimps who call it love The majority of these cases were for sex trafficking, she said. Alameda County is just beginning to focus on labor cases, which are difficult to uncover because they are hard to pick out from the general underground economy.

But sex trafficking victims, especially minors, come with their own complexities that should be better addressed by law enforcement and legislation, O’Malley said. At first glance, a relationship between a young victim and a trafficker might start out looking consensual but then become unbalanced as the trafficker takes more control.

“Some of these kids tell us they thought they were going to be the trafficker’s girlfriend,” she said. “Part of the challenge with the law is that it doesn’t clearly define that the human trafficking can be the result of coercing the minor.” MARSHALL KHINE // San Francisco DA’s Office
Assembly Bill 22 of 2005 defines human trafficking in rather broad terms. It could be made more user-friendly for prosecutors by clarifying the difference between labor trafficking and sex trafficking, said Marshall Khine, assistant district attorney in San Francisco.

Blurring the two categories appears to have resulted in the law leaving out a sex offender registration requirement for those convicted of sex trafficking, he said. But a conviction of pimping and pandering of a minor under the age of 16 can result in a lifetime registration. A human trafficking conviction is also harder to get because a prosecutor must prove the alleged trafficker’s intent.

And even if convicted, the jail time for such an offender maxes out at eight years.

“The penalties don’t really add much, if anything, for having to prove more,” he said, adding that human trafficking “should be considered more serious than it is.”

Even when prosecutors are on their way to nailing down a solid conviction, a case can fall apart due to lack of victim cooperation, Khine said. Simply getting victims to testify can be challenging. Even if they are available as prosecutors build a case, there is no guarantee they will stick through it and remain cooperative.

“Often the difficulty is getting our victims in a stabilized position to have them testify,” Khine said. “We have a lot of victims in the marginalized sections of society. We don’t always have a way of tracking them.” That is why law enforcement needs better and more consistent education on what a labor or sex trafficked victim looks like, said Parker, whose law center is part of the South Bay Coalition to End Human Trafficking.

But of the roughly 45 trafficking cases her law center has dealt with, only a few involved sex trafficking. Labor trafficking, while less recognized, is a big problem in the Bay Area, Parker said. But getting the public to realize this has been a struggle.

“It’s an education piece,” she said. “Most cases talked about in the media have been domestic or international sex trafficking. So it’s taken time and more cases being discussed and more training programs on what forced slavery looks like. I don’t think in this nation we really have an idea of how many people have been trafficked.”